39 Stats About Diversity In Entrepreneurship 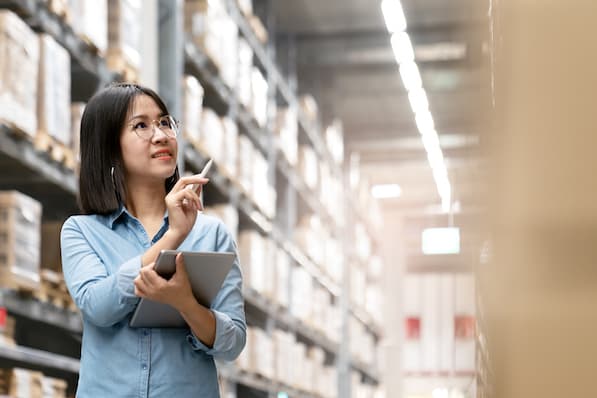 If you regularly read the HubSpot Sales Blog, you know we talk a lot about entrepreneurship.

We have covered everything from how to start a business to the ins and outs of social entrepreneurship and everything in between. One topic we haven't discussed is who is starting and running successful businesses.

When you think of a successful entrepreneur, what image comes to mind? Do you think of an individual of a certain age, gender, or ethnic background? If so, that could be due to implicit bias because research supports the significance of diversity in entrepreneurship.

When people from diverse backgrounds and perspectives are building successful businesses to solve relevant problems there are significant economic advantages. For instance, in the Minneapolis metro alone, increasing the number of businesses owned by people of color could add as many as 87,000 new jobs to the region.

But is there a level playing field for people of all backgrounds who want to launch and run their own business? Let’s see what the research has to say.

In addition to the personal traits of the entrepreneur that contribute to success, there are also a number of external factors that contribute to one’s likelihood to create and run a profitable business. These factors include economic resources, distribution of wealth, and environmental factors that are not equally accessible to everyone who has a desire to pursue entrepreneurship.

For example, it’s no secret that small business owners have been severely impacted by the economic fallout from COVID-19. But The Small Business Administration has reported that minority business owners may not have received critical funding from the Paycheck Protection Program, which would negatively impact one’s ability to keep their business afloat regardless of their work ethic or other personal traits.

Want to educate yourself to better support and/or build more diverse businesses? Check out these stats to better understand the gaps that can impact success between different demographic groups of entrepreneurs.

Stats About Diversity In Entrepreneurship

1. In 2019, female-founded companies received 2.7% of the total capital invested in venture-backed businesses in the U.S.

3. In 2019, female-founded companies received 2.7% of the total capital invested in venture-backed businesses in the U.S.

5. On average, women-owned companies employ 0.7 people compared to an average of 3.8 employees for all companies.

6. For every dollar generated by a privately held company, women-owned companies generated 30 cents in 2019.

7. Half of all women-owned businesses are in the following three categories: personal services, healthcare, and social assistance, and professional and technical services.

10. Between 2014 and 2019, the greatest growth in women-owned businesses happened at the two extremes of the spectrum: low-revenue companies and million-dollar-plus businesses.

13. $20 billion in global capital was invested in female-run businesses in 2019.

16. Women founders own 48 cents in equity for every dollar men own.

18. Over one-third of women entrepreneurs report improvements in their mental health since founding their businesses.

25. 60% of entrepreneurs between the ages of 18-25 report age bias as a significant barrier.

26. The average age of a successful startup founder is 45.

27. Nearly 25% of female founders over the age of 54 report experiencing age bias.

28. Of the companies Round Capital invested in during their 10-year study, founding teams with an average age under 25 performed 30% better than average.

29. Women of color founders receive less than 1% of venture capital funds in the U.S. each year.

32. The more diversity a region has, the higher the volume of entrepreneurship.

33. Nearly 50% of Black-woman led startups and over 60% of Latinx women-led startups in the U.S. are located in California and New York.

35. Entrepreneurs of color are 30% more likely to experience a lack of capital and relevant networks.

39. Black/African American women-owned businesses represented the highest rate of growth compared to any group in the number of companies founded between 2014 and 2019.

As more information emerges about diversity in entrepreneurship we will add to this list. Which of these statistics stick out to you the most?

12 Side Hustle Ideas for Full-Time Entrepreneurs and Sales Pros

The 10 Best Banks for Small Businesses