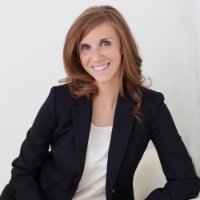 In 1911, a man walked into a room full of strangers to deliver what would become one of the greatest sales pitches of all time.

That man was Daniel Plainview, the fictional anti-hero of There Will Be Blood.

In a beautiful blend of necessity and natural aptitude, Plainview turns a disinterested crowd into people begging for his offer. It’s the stuff of sales letter dreams.

Plainview does it by implementing six honest selling techniques to captivate the crowd and turn their skepticism into trust.

Here are the six secrets behind his approach and why they worked.

A strange thing happens when we start to sell something: We transform from a normal human into a profoundly irritating one. I call it the “Overly Chipper Effect.”

Its trademark is faux enthusiasm, overuse of exclamation points, and LOTS OF CAPS!!!!!

We hate doing it and our customers hate hearing it, yet we can’t stop ourselves from becoming someone we cannot stand.

Daniel Plainview does the opposite. He addresses the crowd like a human being speaking to another human being.

His tone is calm, relaxed, and level-headed.

“Ladies and Gentlemen, I’ve travelled over half our state to be here tonight. I couldn’t get away sooner because my new well was coming in at Coyote Hills and I had to see about it. That well is now flowing at 2,000 barrels and it’s paying me an income of $5,000 a week.”

He uses plain language. He doesn’t hide his accent. He doesn’t try to be someone he’s not.

You want your prospects to feel like they’re buying from you, not that you’re coercing or “selling” them into wanting something. Plainview knows this, which is why he doesn’t go in for the hard sell. He takes a different approach. He tempts the audience, teases them, but doesn’t force their hand.

It’s not about a “hard sell,” it’s about getting the crowd to trust him. His approach: Get the audience to come to their own conclusion. He does this by using the truth.

Going back to his opening statement, watch how he uses the truth to communicate and engender trust:

Message: “I’ve traveled over half our state to be here tonight.” Metamessage: I work hard.

Message: “I couldn’t get away sooner because my new well was coming in at Coyote Hills and I had to see about it.” = I’m not all talk. My wells are my priority.

He indicates that he’s an expert without bragging about it.

He follows the “Show, Don’t Tell” principle. He’s not saying “I’m the best oilman in the world!”

He’s saying, “Here’s what I’ve done. Here are my results. Judge for yourself.”

Which is why when he closes this section with:

“So, ladies and gentlemen, if I say I’m an oilman, you will agree.”

You do agree. What else could he be, given his results?

He doesn’t tell you he’s an oilman. He shows you he is.

The economic principle of “anchoring” is our human tendency to rely too heavily on the first piece of information offered when making a decision. We are “anchored” by it.

You see this a lot in infomercials.

$39.99 sounds like a steal when you compare it to $600. This works because of the Contrast Effect. The contrast between the two prices makes the lower one more appealing.

The Contrast Effect also works when you apply it to tribes.

When you focus on the contrast between groups, it bolsters your identification with the group you’re a part of.

The fancy term for this is “group identification.”

I call it “going tribal.”

To see how this works to your advantage in sales, watch how Plainview sets up the contrast between “oilmen” and “speculators” (emphasis mine):

“Out of all men that beg for a chance to drill your lots, maybe one in twenty will be oilmen; the rest will be speculators -- that’s men trying to get between you and the oilmen -- to get some of the money that ought by rights come to you.

Even if you find one that has money and means to drill, he’ll maybe know nothing about drilling and he’ll have to hire the job out on contract, and then you’re depending on a contractor who’ll rush the job through so he can get another contract just as quick as he can. This is… the way that this works.”

He goes tribal. According to him, there are two kinds of people: Oilmen and Speculators.

Speculators are presented as the “guys you don’t want to do business with.”

They take advantage of you. They’re white collar businessmen who see an opportunity, but won’t get their hands dirty. They don’t really understand oil. They’re just playing the game.

Contrast that with oilmen.

Oilmen look out for you.

They know what they’re doing. They’re hands-on. They understand the ins-and-outs and particulars that speculators don’t. They know how this business works. They’re not playing a game: this is their life.

Plainview uses the Contrast Effect to make the case for doing business with him, an oilman, even stronger.

Secret #4: Give a Reason Why

Instead of condemning the “other party,” Plainview starts to talk about why being an oilman matters to these people.

He pulls two persuasion levers to do this. Contrast effect (See Secret #3) and Reasons Why.

When you give people a reason why, they feel compelled to comply with you.

(See the irrational power of the word “because” here. It doesn’t matter how trivial the reason, people are more likely to comply with a request if you give them a reason … any reason.)

Plainview launches into an explanation of the reasons why being an oilman matters.

In other words, these are the benefits to the prospect for doing business with him, an oilman, rather than a speculator.

“I do my own drilling, and the men that work for me work for me. They’re men I know.

I make it my business to be there and to see their work.

I don’t lose my tools in the hole and spend months fishing for them.

I don’t botch the cementing off and let water in the hole and ruin the whole lease.”

The townspeople don’t know that these issues even exist. By opening their eyes and giving them these “reasons why,” Plainview makes an irresistible case for the advantage of going into business with an oilman.

Secret #5: Look Out For Your Prospects

We like to do business with people we know, like, and trust. Part of garnering that trust is making your prospects feel like you’re looking out for their interests, not just your own.

This is a tough one to nail. Most companies (and certainly salespeople) oversell on this point and lose their prospect.

But not Plainview. Watch how he communicates that he’s looking out for these people.

“Now, you have a great chance here, but bear in mind, you can lose it all if you’re not careful.”

First, he tees it up modestly. It’s not “the deal of a lifetime!” or “An opportunity you don’t want to miss!” -- he’s not wielding faux scarcity or bombastic claims about the offer.

Let’s break down the brilliance contained in that one line:

“Now, you have a great chance here,”

He’s stating plainly, this is a good deal.

He puts the onus on them. Remember, people don’t like to be sold, they like to buy. He’s allowing them to do that here. This is their decision, not his.

What’s more, he’s increasing their trust in him by being transparent that they could get screwed. They might lose everything; they have to be willing to play the game.

He’s not selling them “a profit.” He’s selling something else which is revealed at the end of this sentence:

And here’s where he hooks them. He’s positioning himself as the thing that will help them be careful.

The landscape is dangerous. There are “speculators” trying to take advantage of you. But he’s an oilman. You want to be aligned with the oilman tribe (Secret #3).

The takeaway: I’m looking out for YOU.

Secret #6: Sell To the Heart, Not to the Head

Every good salesperson knows we buy for emotional reasons, not rational ones.

We justify our emotional choices with rational reasons. You tell yourself all the rational reasons why your $4,000 TV is better than the $500 one. The warranty, the quality, the specs ...

But really, you want to be the guy that has the dream living room. It has nothing to do with the specifics of the TV.

The rational reasons help you justify the emotional decision you’ve already made.
Plainview understands this which is why his offer doesn’t focus on the logistics of what he can do for these people. His offer is this:

“I’m a family man. I run a family business. This is my son and my partner, H.W. Plainview.
We offer you the bond of family that very few oilmen can understand.”

“We offer you the bond of family.”

Everything that comes after merely justifies the sale. Like this:

“I assure you, ladies and gentlemen, no matter what the others promise to do, when it comes to the showdown, they won’t be there.”

The bond of family.

All too often people complain that sales is manipulative, insincere, or “just feels icky.”
This two-minute scene proves you can sell effectively by being honest, sincere, and authentic.

Daniel Plainview doesn’t try to be someone he’s not, he draws attention to what he is -- an oilman. He lets his prospects judge him by his results, not his silver tongue.

He makes promises he can keep. And as a result, the townspeople are clamoring for him. What happens next, however, is the next best secret to great sales …

While the townspeople argue amongst themselves about what to do, Plainview gets up and walks out of the meeting.

He is chased down by some of the townspeople when a man named Prescott turns to him and says:

Prescott: Mr. Plainview! No! Where are you going?

Plainview: I don’t need the lease, thank you.

Prescott: We need you, we need you to …

Plainview: Too much confusion! Thank you for your time.

Prescott: No, no, no! There’s no confusion! If you just …

Plainview: [stops in his tracks, stares down Prescott] I wouldn’t take the lease if you gave it to me as a gift.

He rejects them. #likeaboss

Editor's note: This post originally appeared on ThinkGrowth and has been republished here with permission.

21 Empathy Statements That Put Your Prospect at Ease

Sales Word of the Day: Honestly