Psychological Pricing and the Big-Time Boost It Offers Businesses 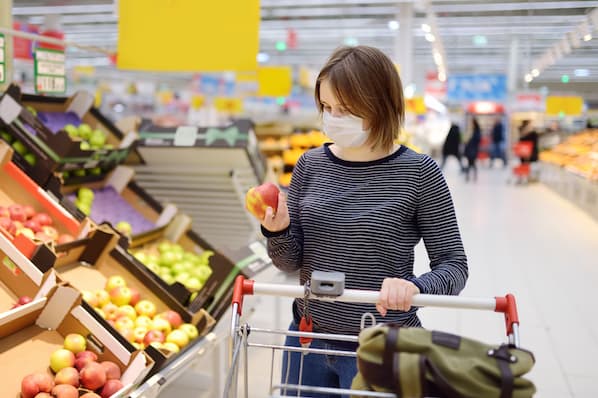 It goes without saying, but setting your prices can't be an arbitrary process.

Even if you're assigning value to your products based on a tried and true pricing strategy, supported by competitive analysis and market research, there's still another dimension you might not be considering — human psychology.

Psychological pricing is a method — or collection of methods — structured around how consumers mentally perceive price points and value. It's a process that takes those trends and tendencies into account and poses creative ways to play off and exploit them.

Here, we'll get some more insight into what psychological pricing is, some information about some of the most prevalent ways it's employed, and the advantages and disadvantages of leveraging it.

What is psychological pricing?

Psychological pricing is a pricing method that rests on the idea that different kinds of prices prompt different psychological responses. For instance, items are often priced at $1.99 and not $2.00 because people perceive odd prices — those slightly less than round numbers — as being lower than they actually are.

Psychological pricing strategies are essentially ubiquitous. When you see a candy bar priced at $0.99 at your local drug store, you're witnessing an instance of psychological pricing. The same goes for when your favorite clothing retailer offers a "buy one get one free" promotion.

There's a diverse array of psychological pricing strategies. Different methods are bound to suit certain companies better than others, and your business stands to gain a lot from finding one that's in keeping with your products and promotional preferences. So it's well worth understanding how some of these methods work.

Here are some examples of psychological pricing strategies.

Bracketing is a psychological pricing strategy meant to sway a buyer into choosing an option at a specific price. With this strategy, you have multiple products with different attributes available at varying price points. But of all those options, there's a single product you want most buyers to choose.

The logic here rests on the concept of extremeness aversion — the human tendency to avoid extreme options in favor of intermediate ones. Let's say you're pricing a gaming console. You offer three separate iterations — lite, standard, and pro — at different price points.

You're looking to make the standard option as appealing as possible. The lite option has fewer features than the standard model, and the pro option isn't of considerably higher-quality than the tier below it.

For this strategy, you'd price the lite option slightly lower than the standard, and you'd price the Pro model considerably higher than its median counterpart. The idea is that consumers won't see the lower quality option as a considerable bargain and will see the higher-priced option as having frivolous features that aren't necessarily worth the higher price tag.

By bracketing your standard option, you're creating the impression that it's the most sensible, valuable choice.

Charm pricing is a psychological pricing strategy where businesses charge at "odd prices." That usually means ending a price with the number nine. In 2003, researchers from MIT and University of Chicago conducted an experiment about pricing in retail. They offered the same piece of clothing at three different prices — $34, $39, and $44.

They found that the product sold best at $39 — even better than the option that was $5 cheaper. Another study found that consumer goods priced with ".99" endings were consistently perceived as being considerably less expensive than those that ended in ".00." The results of both experiments are a testament to the power of "the magic nine."

There's a reason gas and retail prices typically aren't listed as even numbers. Charm pricing is one of the most prominent psychological pricing strategies employed by businesses, and for good reason — it's easy to do and incredibly effective.

Decoy pricing relies on the fact that consumers generally change preferences between two options when given a third option that asymmetrically supports one of the initial two. That sentence was a bit of a mouthful, but it's easy to understand once you see it in practice.

Let's say there are two size options for buckets of popcorn at a movie theater — a small option for $3 and a large option for $7.

In all likelihood, a disproportionate amount of consumers will favor the small option because it clearly appears to be the better deal. But if you were to introduce a medium option for $6.50, the $7 suddenly seems more valuable — consumers will choose the large bucket because they think they're getting a substantial upgrade for just $0.50.

Innumeracy is a strategy often employed in retail. Say you're offered two deals. One says, "Buy one get one free," the other says, "Two items 50% off." Which of the two sounds better to you? If you're like most consumers, you'd probably say the first — even though both pose the same value.

This trend is the basis for a psychological pricing strategy known as innumeracy. It plays on consumers' lack of motivation, inclination, and ability to apply fundamental math principles in everyday life.

Taking fractions and percentages out of the promotion of flash sales, general discounts, and other deals is a straightforward, effective psychological pricing strategy that businesses should always consider employing.

Advantages and Disadvantages of Psychological Pricing

Many psychological pricing methods require little effort or meaningful price reductions to see higher returns. For instance, dropping a price from $10.00 to $9.99 has virtually no impact on your profit margins but can increase demand through its psychological impact.

These methods can also streamline and enhance the purchasing experience for your customers. Almost every psychological pricing method is centered around the process of creating the impression of a good deal. By leveraging these methods, you can sell at price points that both put customers at ease and work well for your business.

Psychological pricing might seem like a surefire home run for your business, but it relies on the idea that consumers operate according to collective patterns of behavior. It can be easy to assume that those trends will always hold up, but consumers are often more rational and savvy than some businesses give them credit for.

Consumers seeing through your psychological pricing strategy and feeling manipulated is a risk you often run with these tactics. The best way to avoid this pitfall is to be reasonable with your methods.

Don't price specifically to push a deal that's clearly not in your customers' best interest. A psychological pricing strategy rooted in outright greediness or shifty intentions might be transparent, and you could lose credibility when customers figure it out.

Psychological pricing is a concept that can take on many forms, so it might be hard to determine which strategy (or strategies) will work best for your business.

Still, it's worth understanding the principles behind it and trying to identify methods that are in keeping with your sales process, sales methodology, and company values.

Freemium Pricing: How to Leverage It & 4 Popular Models

A Guide to Fair Inflation Pricing

What Is Market Pricing? (+ How To Calculate It)