Sales managers often get promoted to their position from the rep ranks. When they were individual quota-carriers, it was relatively easy to assess their sales pipeline. Because they were intimately familiar with each of the deals in their forecast, they developed a sort of “sixth sense” about which would close, and when. 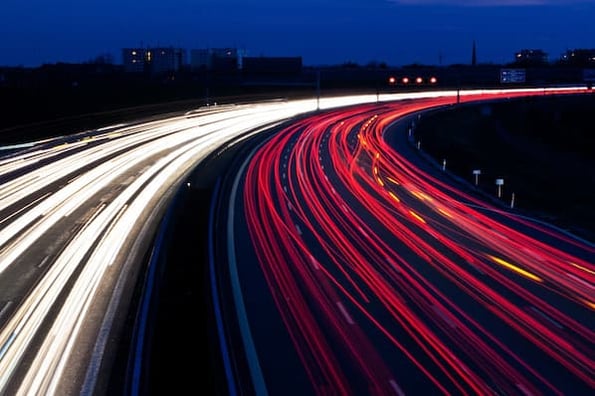 But assessing an entire team’s sales pipeline stages -- where the manager is not apprised of the ins and outs of each and every deal -- requires more than simple intuition. Managers must develop a more systematic process to test sales pipeline heath across the organization as a whole

1. What shape is the sales pipeline?

The immediate image that pops into most sales reps’ and managers’ heads for the term “sales pipeline” is a funnel -- wide at the top, narrow at the bottom. This type of pyramid shape implies there’s a 3x multiple relationship between leads at the top and closed deals at the bottom. It’s with this shape in mind that some managers require their reps to have 3x the amount of deals they need to close in their pipeline at all times.

Unfortunately, this shape is inaccurate. A healthy sales pipeline doesn’t look like a funnel at all -- it looks like a wide-mouthed champagne or cocktail glass:

The most significant drop-off in the pipeline should be near the top -- when the lead reaches the first significant process milestone (for example, a demo or trial). After this milestone, the opportunity pool shouldn’t narrow much more. In other words, in a healthy sales pipeline, once a lead makes it past the first milestone, it should be highly likely that the opportunity closes and creates a new customer. A good sales manager will tolerate poor conversion rates early on (during qualification) in exchange for fantastic conversion rates later (close).

High-performing reps often maintain a 1.25x or 1.5x ratio of opportunities to deals in their pipelines, and this ratio mimics the champagne glass shape. If your team’s pipeline looks more like a funnel than a cocktail glass, it’s time to make some changes.

2. What’s the breakdown of revenue vs. units?

Since sales teams work off a revenue target, revenue is generally what sales managers focus on when assessing pipeline and forecasting. But by concentrating only on revenue, managers miss a crucial metric: units.

“Units” refers to the number of deals in the pipeline. For instance, let’s say a rep is working three deals, forecasted at $1, $100, and $1000, respectively. This pipeline contains $1101 in revenue, and three units.

Why care about units? There are two reasons. First, a pipeline containing a massive amount of revenue but a low number of units is risky. What happens if the $1 million deal falls through? The rep has nothing to fall back on to make up the lost revenue, and the entire team’s pipeline crumbles. Rather than focusing all their effort on closing the biggest deal in the pipeline, sales managers should instead think about the replacement plan if it falls through.

A metaphor I like to use when talking about revenue vs. units that helps to illustrate this point is weight vs. height. Let’s say I weigh 180 pounds. Is that good or bad? Well, you can’t make that determination unless you also know my height. Just like 180 pounds on a 5’0’’ frame is unhealthy, having a lot of revenue spread over just a few deals should be a red flag for sales managers.

In addition, tracking units can shed some light on sales reps’ bandwidth. Think about it: A deal worth 10x more in revenue probably doesn’t require 10x the amount of effort than a typical deal. Being mindful of units can help managers formulate a benchmark number of deals that one rep has the bandwidth to work at any given time.

3. When are deals purged from the pipeline?

Every rep knows to remove a deal from the pipeline when the customer buys from a competitor, or flat out says they aren’t interested. But what about the prospects that express interest and then go quiet? Reps often keep these deals in the pipeline for months and months, hoping that they can restart the buying conversation eventually.

However, while it’s fine for salespeople to check in with these prospects occasionally and try to rekindle the flame, it’s not okay for sales managers to allow these deals to stay in the pipeline indefinitely. To ensure you’re looking at a healthy pipeline, define a purge timeline (somewhere in the neighborhood of 30 days) and enforce it.

After a deal hits the 30-day mark with no activity, the manager should move it out of the pipeline and into a “deferred” bucket. Placing the deal into the “deferred” category allows the rep to continue working it but doesn’t affect the overall accuracy of the sales pipeline.

Sales velocity is crucial to assessing the health of your pipeline. There’s always a defining moment that reps drive toward to pivot the deal and close. This could be the proof of concept, the presentation, the trial, or an ROI calculator.

It’s as if the prospect is doing their version of a car test drive. At that pivotal moment, the ability of the sales rep to control every element of the sale diminishes.

To prepare for the inevitable lack or loss of control with speed, it’s important reps understand they’re going to give up some grip on the steering wheel because they’re going faster.

For example, if your prospect is taking your product on a test drive, try measuring the average number of touches and days necessary to get to that point in your pipeline — as well as the number of days it takes to close the deal after the trial. It should be faster to close the sale after the pivot. If not, take another look at the effectiveness of the trial experience.

A deal’s speed should get faster the closer you get to the close. Learn how to absorb the slowness of the deal and put fixes in place where necessary.

5. What’s your historical discounting rate throughout the year?

It’s rare that reps use consistent discounting to close deals. Discounts are generally tethered to other things. If you’re using discounts regularly, ask yourself whether you’re discounting more at the end of the month or quarter and adjust your closing tactics accordingly.

Are there certain months you’re discounting more than others? Maybe you didn’t prospect enough. And if there are certain line items you discount frequently — like training implementation — you might just be running afoul with your company’s efforts and losing rapport with your colleagues.

The use of discounting identifies gaps in your pipeline. Be honest with yourself about why you’re offering discounts and improve your sales.

Pipeline management is one of sales managers’ most critical tasks. By asking these three questions, you can ensure a healthy pipeline that lays the groundwork for blowing revenue goals out of the water on a consistent basis.

Easily calculate drop-off rates and learn how to increase conversion and close rates.