A Sales Manager's Guide to Coaching Reps that Seem Uncoachable

Legendary college basketball coach Bobby Knight once said, “To be as good as it can be, a team has to buy into what you — as the coach — are doing. They have to feel you’re a part of them and they’re a part of you.” 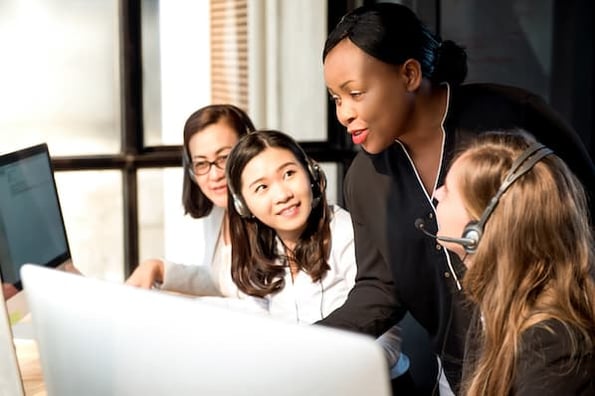 It's a powerful sentiment that provides some sage advice for coaches working across virtually all sports, fields, and occupations. But when it comes to sales, some managers might have trouble delivering on it — often through no fault of their own.

As Knight said, your team has to feel they're a part of you. But what happens when a rep either can't or won't buy into your guidance like that? How do you approach a team member who seems uncoachable?

Here, we'll review some common sales coaching challenges, go over how to approach them, and identify the key qualities of reps that are flat-out uncoachable.

How to Handle Coaching Challenges

When a Rep Lacks Motivation

One of the most common, contentious issues sales managers run into with sales reps is lack of motivation. A rep who's more concerned with their Twitter feed or blankly staring off into space than actually doing their job can present a borderline migraine-inducing challenge for those trying to guide them.

It's easy to get frustrated with reps who seem lazy, but immediately chastising them for their apparent lack of ambition generally isn't the way to go — assuming the worst of your salespeople is rarely the best policy.

A lot of the time, these seemingly jaded reps aren't inherently unmotivated or directionless — they might just need coaching that's better tailored to their strengths and interests to tap into a wellspring of effort and determination that might not be readily apparent.

So, how do you do that? Well, as simple as it might seem, the best way to shape a personal coaching approach to an unmotivated rep is to get to know them on a personal level. You can start by having some conversations that aren't necessarily work-related or critical of their performance.

Establish a relationship and build rapport. In doing so, you'll have a better picture of what makes them tick, what they might be dealing with beyond the office, and what kind of guidance they'll be most receptive to.

At the same time, you can establish a certain sense of personal accountability with them. They might find some motivation in not wanting to let you down.

When a Rep Has Trouble Getting a Handle on Their Emotions

Some reps might not have the best grip on their emotions when doing their jobs. They might take rejection too personally. Maybe, they have a tendency to get hot-headed and testy with prospects. Or, they could run into trouble when frustrated with you or their fellow reps.

Dealing with overly emotional reps is a delicate process. As a manager (or a human being in general), you don't have a ton of control over what people go through internally. That said, you do have some room to understand why your reps might be behaving erratically and make things a bit easier for them as you coach them.

In these cases, you need to lead with empathy. Try to understand why they're acting out instead of overtly criticizing them, right off the bat. Sit down and speak with him.

Get a feel for why they might be getting overly emotional and see if you know what it takes to calm them down. There's a good chance they could be running into challenges in their personal lives.

Taking the time to see where they're coming from can help you adapt your coaching style to temper them and get the most out of their efforts. And if you notice they're dealing with something that might not be appropriate for you to handle, you can refer them to HR to see if they can offer some help.

Issues that arise while coaching reps don't always come from the reps' end. Sometimes there are factors — beyond both your and their control — that limit your coaching ability. One of the most common culprits is flat-out busyness.

It's not uncommon for managers' capacity and flexibility to coach to be limited by time constraints. And that can be very problematic. Sales coaching is a personal game that often requires extensive individual attention, but as a sales manager, you're probably going to be tasked with responsibilities apart from getting new reps up to speed.

In many cases, your deadlines and broader organizational obligations won't magically disappear when you're coaching your reps. But — tough as this might sound — you need to power through these kinds of seemingly overwhelming stretches without skimping on your coaching efforts.

Sales coaching might be one of the most fundamentally significant responsibilities sales managers have. It's the process that sets your reps — and, in turn, your sales organization as a whole — up for success down the line.

Make sure you block off an appropriate amount of time to have a significant stake in your reps' professional development. Don't disregard one-on-ones, and be available to answer questions, allay concerns, and help your reps work through issues they might be running into.

Sales training is how you shape your company's future — it's nothing to take lightly.

When to Know If The Rep is Truly Uncoachable

Truly uncoachable reps can usually be characterized by one underlying contradiction — they're in desperate need of coaching but insist that they don't actually need it. They're equal parts arrogant and underwhelming in their professional production.

They're quick to talk back or insist they know exactly what they're doing when their numbers don't even remotely warrant that kind of behavior. They always seem to have an all-to-convenient excuse for all of their shortcomings, and they're too hard-headed to listen to or absorb any of your advice.

All told, truly uncoachable reps are impossible to get through to because they simply don't want to be coached. Reps that are having trouble staying motivated, getting a handle on their emotions, or communicating can be guided and set on the right course if they're willing to be.

An uncoachable rep might be running into one or more of those problems — among others — but have no intention of letting you help them figure them out. And changing someone who's struggling while insisting they're doing everything right can be borderline impossible.

Sales coaching isn't easy by nature, and as a manager, you might run into reps that make it even harder. In almost all of these cases, putting in extra effort and attention is the best policy.

That said, you need to be mindful of when reps just aren't worth the effort. If a rep is severely struggling while rejecting you at every turn, it could be in your best interest to move on and find someone else who will buy in.