How Smart Contracts Will Impact The Future of Customer Service

The relationship between a business and its customers is built on trust. 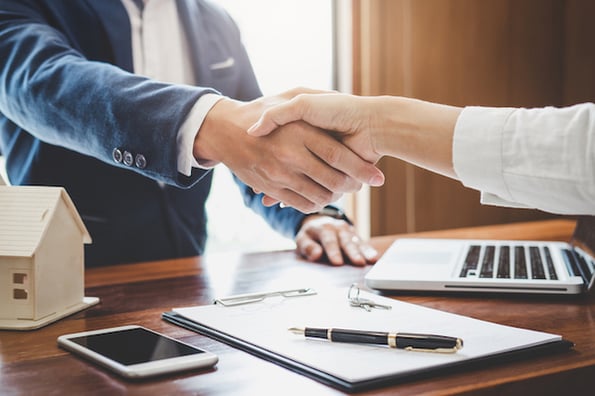 Customers trust that products and services are provided as advertised and that companies will act honorably if anything goes wrong. Companies trust customers to act in a similar style and won't try to claim fraudulent discounts or refunds.

When trust is broken, contracts are what people fall back on. They define what's expected of each party, and what will happen if one participant doesn't hold up their end of the agreement. While this ensures mutual accountability, executing the terms can be expensive and time-consuming.

That's because third parties are often needed to avoid hearsay scenarios, where both parties blame each other for the wrongdoing. If a business claims one thing occurred, but a customer claims otherwise, it can result in an impasse that benefits no one.

Such thorny situations are the toughest to navigate for business owners as they need to maintain a good image with customers, but can't allow them to make fraudulent claims.

Smart contracts provide a solution to these precarious circumstances and create a more delightful and efficient service experience.

But, before we explain what smart contracts are, you should refresh yourself with the basics of blockchain. If you're unfamiliar with the concept, the image below can provide a brief explanation of how blockchain works. 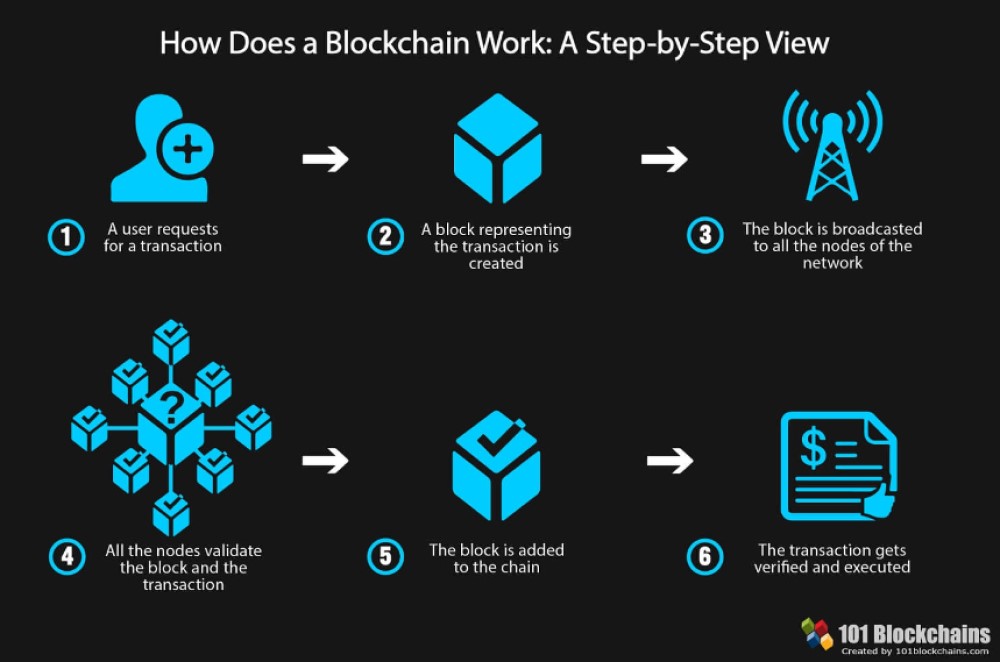 What Are Smart Contracts?

Smart contracts were the brainchild of Nick Szabo, who came up with the concept in 1994. He used the maturation of blockchain technology to automate customer contracts. In essence, smart contracts are blockchain-based machines programmed with rules.

The rules would be the terms that are typically included in a traditional legal contract. But, with smart contracts, a machine would record and verify the rules automatically.

According to Szabo, this helps smart contracts build trust between customers and businesses:

"We're dealing with partial strangers. We haven't grown up in an intimate village with these people, so our moral instincts tend to fail us when it comes to business relationships."

How do smart contracts work?

Smart contracts rely on blockchain for their viability and security. The data needed to inform the terms of the agreement gets enshrined in a blockchain.

The best way to explain this is with a practical example. Consider a contract regarding a travel insurance policy. One "rule" of the contract may be that a policyholder receives payment if a flight gets canceled.

That rule can be installed into a smart contract, which means that the policyholder doesn't have to rely on the insurer to hold up their end of the bargain. When the flight gets canceled, that information gets added to the blockchain which triggers the rule in the smart contract. The policyholder is then automatically paid out and avoids the entire claims process and any potential friction.

The parties involved don't have to trust one another to adhere to the terms. Nor do they need to turn to lawyers to seek reparation if conditions are broken. In the event of a breach, smart contracts automatically trigger the settlement agreed by both parties.

With these safeguards in place, customer service becomes more consistent and disputes are settled much faster. That's because the potential for quibbles or conflicts gets removed from the interaction.

According to a Cap Gemini Consulting report, the benefits of smart contracts in the financial services sector alone could be vast. The following infographic displays some of the consulting firm's major findings. 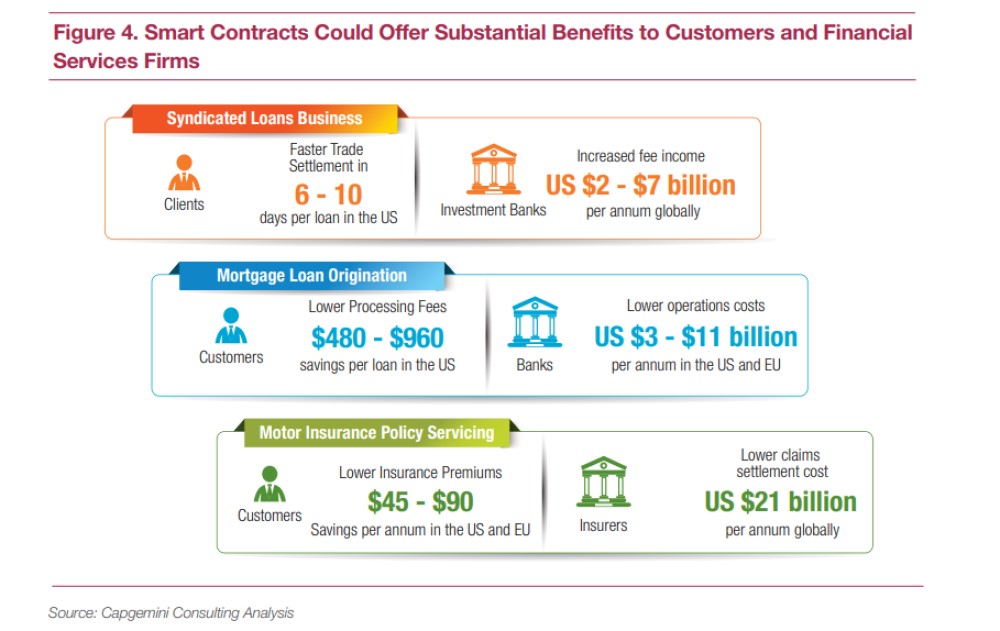 Blockchains can record interactions between staff and customers, and such history can be crucial in delivering the best service possible.

Imagine a scenario where a customer orders a personalized item from an online firm. They might notice that they've made a mistake on their order. They would then contact the company to rectify the error, preferably before the item gets produced and shipped.

If the customer gets the item, but the original mistake wasn't rectified, they'll file a complaint. That's where things could get tricky. At least, without blockchain to give an accurate record of the customer's interaction with the company.

A service agent might not remember the customer pointing out their mistake. In that case, it's the customer's word against the company. And, no matter how the issue ultimately gets resolved, the customer's relationship with the brand will surely suffer.

Having a blockchain record of your interactions with each customer will help your team avoid this friction. You can access a definitive history with the customer and see that the mistake was made by your employee. This lets you rectify the issue so that you can keep your reputation with the customer, in spite of the problem that occurred.

There are plenty of disruptive technologies starting to impact customer service. The future of the sector will be defined by a combination of 5G, the IoT, and technology like smart contracts and blockchain.

In the future, smart contracts are likely to become a key tool in the customer service experience. They may not get utilized in all niches, but are sure to play a vital role where trust is paramount.

Free email, survey, and buyer persona templates to help you engage and delight your customers.