Prototyping: Everything Entrepreneurs Need to Know 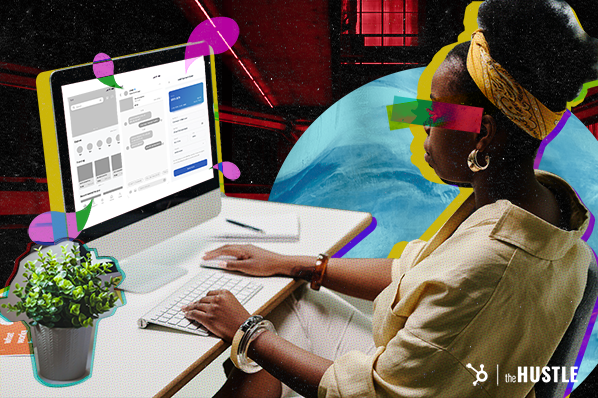 As the old saying goes, practice makes perfect. Even the most successful entrepreneurs can miss the mark, and even the most brilliant ideas may need help in execution.

Enter prototyping. This experimental process is a key cog in getting your business idea off the ground. After all, whether you’re designing new software, services, or a physical product, you have to know if it’s going to work.

Prototyping can help you test out your ideas, catch issues before they cost time and money, and provide a framework for iterating more quickly on your new designs and features throughout your business’s life cycle.

A prototype is an early mock-up or model of your product that tests out your ideas and see how viable they are. This might also be referred to as beta testing, sampling, or building a minimum viable product (MVP).

“Prototyping is a really important part of the initial product concepting process,” says Lily Holland, head of product at property tech startup Hosta Labs. “It enables you to test out your product before you actually make it to scale. It’s not about getting it to work so much as giving you something to collect data with.”

It’s the equivalent of your first draft: not meant for publication, but a sketch of your visions in one place. 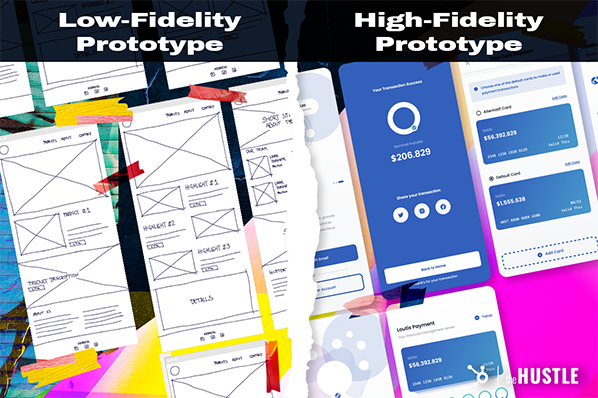 High-fidelity prototypes, on the other hand, function much closer to the final product. They may have more design elements or interactivity, and can be used for more complex testing. These can take the form of:

Why build a prototype?

A prototype isn’t the same as your product.

Before you jump straight into building a prototype, though, you want to make sure you understand why you’re prototyping in the first place. There are 2 main reasons to prototype: testing a hypothesis or telling a story. Both tie back to building a feedback loop, whether it’s from teammates, sponsors, or potential investors.

“Prototyping is a really sexy word, but you don’t want to waste your resources,” says Holland. “You need to have a problem statement you’re trying to solve. What are you looking to test, and who do you need feedback from? You want to be smart and targeted if you’re going to spend time on this process.”

That’s exactly how entrepreneur Katheriin Liibert, cofounder of Estonian clothing brand #muhoov, thinks about her prototyping process. “When I created the first version of our product, I wanted to solve a problem for myself. Where can I turn this idea into something real? So I found a local printing services company to test out our first sweatshirt design,” she says.

You may not need to create a full prototype every time you release a new feature. Once your business is up and running, you could test changes in real time through on-site experiments (for example, putting different buttons on separate batches of shirts) instead of going through rounds of mock-ups.

“We don’t always do a [physical] prototype, if we have a strong gut feeling or if it’s similar enough to our main product that we feel like we can test it on the market,” says Liibert. “We recently introduced a hoodie dress, and we made it available as a preorder before ordering any stock to see if it interested our customers, and it completely surprised us. It’s always great to get that kind of market validation as well.”

You want to make sure you’re balancing the time it takes your team to build a prototype — especially if you’re thinking about more time-intensive work like coded or technical prototypes, or using prototypes that have significant upfront costs. Says Liibert, “Prototyping allows us to test out new ideas and experiment with new materials. You might have an idea in your head of what it might look like, but until you try it, you won’t know if it actually works.”

What are the benefits of prototyping?

What prototyping does is give you a way to gather feedback and make course corrections before you’ve invested too much time, money, or cash into a given feature or idea. With prototyping, you can:

When you’re heads-down on a project — and you’re super passionate about it — it can be hard to know what your customers actually want and need. “Every single time, I go in confident that I’ve built a great prototype, and every time I learn something that helps make the product better,” says Holland. “Often, it’s surprising. I thought they needed X, but they actually needed Y.”

Getting early customer feedback is critical to the development of new features. To get an early gauge of the market, test your prototypes with people whose opinions you trust, says Liibert. “We send samples to friends, family, and influencers and get their feedback, gauge their excitement level.”

The more high stakes your product, the more important this feedback is to get it right. If you’re building a lifesaving medical device, you’re going to want to do much more thorough rounds of prototyping and testing before submitting for federal approval than your classic software platform, where you can get more real-time assessment from the market.

How to build a prototype 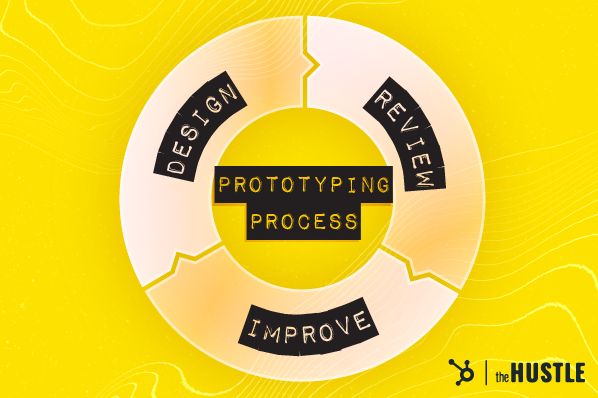 There isn’t one “right” way to build a prototype. Start with thinking about your product, and distilling it to the most important elements you want to test. Remember, you don’t always need a prototype — you should only prototype if you want to solve a specific problem or use it to tell a story that will help you progress your business (like securing funding).

Once you have your “why,” create a hypothesis or a question to answer through testing. If you’re building a robotic arm for manufacturing, for example, you may want to test an idea for the clasping or grabbing action that it needs to pick up and sort materials. For digital products, you may want to know if your users can easily navigate through the platform and perform basic tasks like “save” or “add to cart.” You can create a few hypotheses depending on what your product entails, but the most important thing is to stay laser-focused on the specific elements you want to test.

“You want to make [the prototype] as quick and low-investment as possible to get the answers you need,” advises Holland. “It’s a tool in your toolkit, but is only as good as your hypothesis.”

With a hypothesis in hand, you can decide what type of prototype you need. Will you need it to be functional, like a coded prototype? Or is a simple sketch enough to tell the story? Or something in between?

If you’re working with a physical product, 3D printing and CAD services like Autodesk or Mako can quickly help you mock up the product so that you can see what it feels like to use it in real life.

The only downside of this is that a mock-up doesn’t use the same materials you’ll use in your finished product, so if you want to test out certain fabrics, finishes, or other design elements, you’ll need to add that into your process.

If you’re designing for retail or ecommerce, services like Placeit can create mock-ups that allow you to see, for example, how T-shirt designs actually appear on a model (or on a friend). If cost isn’t an issue, you can also try ordering a few samples of your product to test fit, finish, and wear and tear.

If your idea exists solely in the digital realm, you can iterate a lot faster, testing out multiple designs at the same time. One great tool for building mock-ups of your software is Figma, which can help you plot out the user experience from start to finish:

This doesn’t require any code but allows you to see how your design looks and whether it meets the requirements you set out at the beginning, as well as solicit basic feedback like its ease of use. Most UX/UI designers are familiar with Figma or other tools and can mock up designs in a few days.

If you decide you need to go one step further and do a coded or technical prototype, you’ll need to hire a development team or engineer, or use a no-code or low-code proxy tool like Proto.io or Principle. You may want to look into code accelerators and shortcuts for code-based prototypes.

Keep in mind that you won’t be able to jump right into production from a prototype like this — creating a quick model that is designed to be used for one person at a time is completely different, coding-wise, from a full-blown product. That’s why it’s critical to know exactly what you want to test, and whether you need to put in the engineering effort as opposed to creating a more visual, low-fidelity prototype in Figma.

Going from prototyping to the real thing

It can be tempting to say, “Great. My prototype works exactly as planned. Let’s ship it!”

“When you’re building a prototype, you make completely different choices,” says Holland. “For example, engineers think about concurrency or scalability. There’s a reason Facebook doesn’t break even when millions of users are on the platform every day. That’s not something you think about with a prototype.”

Once you’ve adjusted your designs based on feedback, it’s time to build your product for real — from scratch. According to Holland, “Your prototype is built for speed and testing, and you never want to build your customer-facing software on top of the prototype. It sounds counterintuitive, but sometimes you need to take a step back in order to move forward; ultimately it saves you so much time.”

Friday Finds: Entrepreneurship Stories Of the Week in May

How To Find and Apply to Business Grants for Women