Fundraising Fundamentals: What Is a SAFE?

In the startup world, there’s often some truth in the notion that “it takes money to make money.” Unless you’re a founder with very deep pockets, it’s going to take investment money to get your vision off the ground. 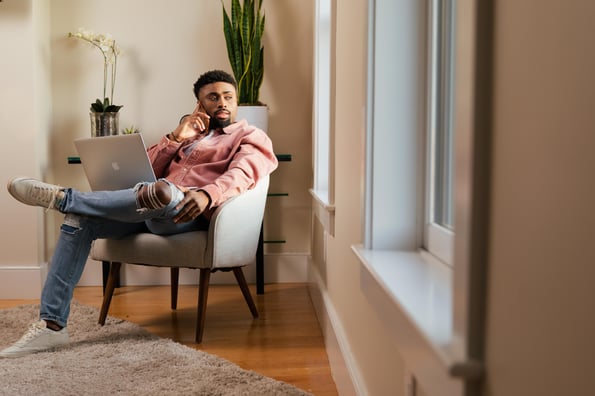 However, early-stage companies that haven’t been valued can be seen as risky for investors. Methods such as SAFE agreements make it possible for new founders to raise money before priced equity rounds.

What is a SAFE agreement?

A SAFE is a fundraising method that startups can use to raise capital in a seed round. In exchange for cash, investors receive the right to purchase equity in future priced rounds.

When you use a SAFE to raise money, you aren’t giving away any part of your company at the time of the agreement. Instead, you negotiate terms of a possible future investment, such as a discount rate or valuation cap.

What does SAFE stand for?

SAFE stands for “simple agreement for future equity.” It was invented at the Silicon Valley incubator Y Combinator in 2013 as a simpler alternative to convertible notes.

How do SAFEs work?

A SAFE investment lets seed-stage startups raise money without going through a valuation. Instead of providing shares in exchange for an investment, a SAFE gives the investor the right to purchase equity after the company has been valued.

SAFEs convert into equity after a “triggering event.” When they’re used to fund seed-stage companies, the trigger event (also known as a liquidity event) is typically the startup’s first priced round of fundraising, such as a Series A.

During that financing round, the SAFE holder can convert it into equity according to the terms of the agreement, such as a valuation cap or discount. These terms often let early investors purchase equity at a lower price compared to later investors.

For example, a seed-stage startup is raising money and enters into a SAFE with an investor under the following conditions:

One year later, the company launches its Series A with a valuation of $25m. The SAFE now converts into equity, and the investor can purchase equity at a lower rate since the $15m valuation cap is less than the company’s $25m valuation.

In short, the company received the cash it needed to grow ($1m), and in exchange for taking a risk on a new venture, the investor gets to purchase shares at a lower valuation.

What to include in a SAFE

When drawing up a SAFE contract, the company and the investor negotiate the terms of the current investment and future equity rights. A SAFE may include:

A valuation cap is a price ceiling that the company and investor agree upon when they create the SAFE. Basically, it’s the highest valuation at which the investor can convert their SAFE into equity.

For example, say an investor gives a company $1m and agrees to a SAFE with a valuation cap of $15m. If the company receives a valuation of $25m in the next priced round, the investor can convert their SAFE into equity at a $15m valuation.

The company later starts a new financing round with 25m shares (i.e., $1/per share). The SAFE investor converts their $1m investment into equity at a price of $0.60 per share (which is the $15m valuation cap divided by the 25m shares). When the SAFE converts, the investor receives 1.67m shares.

SAFEs may also include a discount rate, which is a price reduction that kicks in if the company is valued at or below the valuation cap. A discount rate is expressed as a percentage, such as 20%.

Using the previous example, the investor agreed to a SAFE with a valuation cap of $15m and a discount rate of 20%.

If the company is valued at exactly $15m the next round, the discount rate kicks in, allowing the investor to convert their $1m investment into equity at a price of $0.80 per share. If the investor puts in $1m, they’ll receive 1.25m shares.

This term refers to the method used to value the company upon converting the SAFE into equity.

SAFE agreements include a trigger event, at which point the SAFE converts into equity. Examples of SAFE triggers include the company entering into a priced financing round, being acquired or merged with another firm, or going public.

In the case of dissolution, standard SAFEs typically include a clause that states any money left in the company at the time of dissolution should go toward paying back investors.

However, a SAFE isn’t a business loan, so if the remaining money is less than the investment amount, the company isn’t legally required to pay back the difference.

Pro-rata rights can be added to a SAFE agreement — they give the investor the option to purchase more shares in future financing rounds.

Investors use pro-rata rights when they want to maintain their percent ownership or voting rights in a company that goes through more funding rounds. However, SAFE investors who want to exercise their pro-rata rights must purchase additional shares at the new price.

This is the amount of cash the investor provides the company in exchange for future equity rights and benefits such as discounts and valuation caps.

Also known as a nondiscrimination clause, an MFN provision requires that the company give the same privileges to all investors. In practice, this means that the SAFE investor is entitled to the same terms offered to future investors.

For instance, if a SAFE investor receives a 10% discount and future investors receive 20%, the MFN provision means that the SAFE investor’s discount will increase to 20%.

Should you use a SAFE?

In general, SAFEs are useful for seed-stage startups that want to bring cash into the business without going through a valuation or giving up equity too early.

Rob Donnelly, CFO finance and crypto publication Marketplace Fairness, recommends that startups “use SAFE notes when you want to raise a small amount of money from a large number of investors.” This is because SAFEs are attractive to investors who want to reduce their risk.

Here are some other benefits and drawbacks of SAFEs that can help you determine if it’s the right fundraising tool for you.

Babar Javed, director of public relations at venture capital firm Z2C Limited, advises founders to “keep track of their capitalization table if they plan to raise substantial amounts through SAFEs, which helps avoid too much dilution.”

Convertible notes are short-term loans that turn into equity upon a maturity date. They carry interest, and founders are required to pay back the initial investment plus interest if the company dissolves before the investor receives their equity.

SAFEs and convertible notes are similar in that they:

While both agreements are useful fundraising tools for pre-seed and seed stage startups, they work differently.

Here are some of the differences to keep in mind: