CSS animations are an easy, lightweight method to add flair to a web page. They’re not too difficult to implement, and they won’t slow down your pages like videos, gifs, or Flash animations are notorious for. 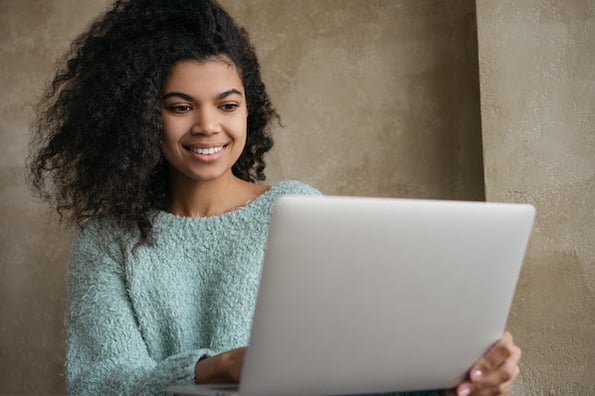 However, sometimes these animations might not behave exactly how you expect or want them to, simply because of how CSS animations work by default

For example, say I want to animate a car driving across the screen for my taxi/ridesharing/delivery website. Watch what happens when the animation ends:

Did you see that? (If not, click Rerun in the bottom right.) After the car stops moving, it jumps back to its pre-animation position. It would look much better if the car stayed on the other side of the screen when finished, right? How can we make that happen?

The answer is with the CSS property animation-fill-mode. In this guide, we’ll explain what this property does and why it might be the hidden CSS property your animations need to work.

Unlike other animation properties like animation-iteration-count and animation-delay, it’s not clear from the name what animation-fill-mode actually does. Allow us to explain.

The animation-fill-mode CSS property controls the styles of an animated element outside of its execution. In other words, it controls what the element looks like before the animation starts and/or after the animation ends.

By default, a CSS animation will only apply its styles while the animation is in progress. This is why we saw the car reset in the example above — once the animation ended, the image element reverted to its initial style (i.e. its initial position). With animation-fill-mode, we can change this.

The animation-fill-mode property is written as follows:

As with other animation-* properties, animation-fill-mode is placed in the declaration block for the element you want to animate.

animation-fill-mode takes four main values: forwards, backwards, both, and none. Let’s unpack each one of these.

Wait, this sounds like exactly what we need for our car animation! Let’s try the example again, this time with animation-fill-mode: forwards applied.

As we’d hoped, the car stays on the right side of the screen when the animation terminates.

The forwards value is probably the most common and useful value for this property. Use it to prevent an animated element from resetting visually after the animation finishes.

To demonstrate, I’ve added a couple more rules to our car example. There’s an animation-delay of 3s (three seconds) and an extra style to the @keyframes declaration that rotates the car (to make it look like it’s going fast, as cars do).

With animation-fill-mode: backwards applied, the image adopts the styles from the first keyframe during that three-second delay period. At the end, the car returns to its pre-animation style. (If you didn’t catch it the first time, click Reload in the bottom right.)

The backwards value isn’t as widely applicable as forwards, but it may be useful with more complex animation sequences.

Also, note that setting animation-direction: reverse will make the element take on the styles of the final keyframe of the animation instead of the first keyframe.

See the Pen animation-fill-mode: both by Christina Perricone (@hubspot) on CodePen.

This example looks like the previous, except the car doesn’t reset at the end. Bravo!

none is the default value for animation-fill-mode. With it, the animation stylings will not apply to the element before or after the animation sequence. You could use this value to override a parent value — otherwise, it’s not necessary.

animation-fill-mode also takes the global values initial and inherit. Initial sets the value to its default (none). inherit sets the value the same as its parent element.

Control your animations with animation-fill-mode.

The animation-fill-mode property may not be the most glamorous CSS property, but it can prove necessary for many types of animations. Including it can help your animations look cleaner and prevent them from resetting at the end of a sequence. For that reason alone, it’s worth knowing.