Use these free CSS hover animation templates to code faster.

CSS animations and transitions can personalize your site and create delightful experiences for your visitors. When a website visitor hovers over an animated element like a link or button for example, it can change color, grow, shrink, rotate, and more, depending on how you coded it. This is enjoyable for the visitor and shows that your site is working. 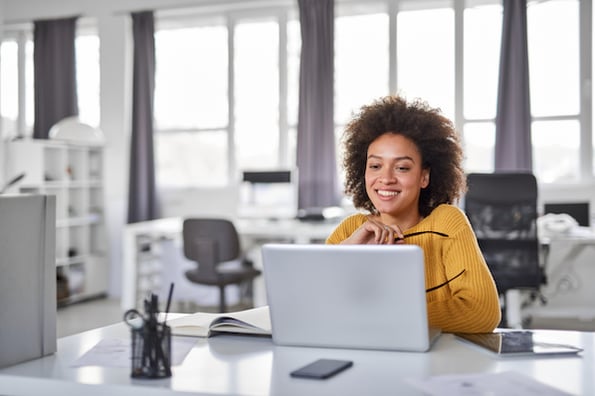 Thanks to CSS, front-end developers can now design animations and transitions without JavaScript or Flash. That means creating this interactivity is both simpler and less expensive than it used to be.

Both the CSS animation and transition properties can be specified with  pseudo-classes, which define a special state of the element. Only in that state will the element change from one style to another. Pseudo-classes include:

Of the pseudo-classes above, :hover is the most common.

In this post, we'll provide everything you need to know about how to create an animation or transition on hover, including some examples that you can use on your website.

A CSS hover animation occurs when a user hovers over an element, and the element responds with motion or another transition effect. It's used to highlight key items on a web page and it's an effective way to enhance your site's interactivity.

While this looks like an animation, it's actually a transition. The two terms are often used interchangeably, but animations and transitions are different.

Let's take a look at a bounce animation below.

To grab your website visitor's attention, you can create a bounce effect when a user hovers over an element. All you have to do is define some animation properties and keyframes. We'll walk through how to create an animation step-by-step later in this post; for now, we'll just briefly talk through this example.

Then I'll define the animation to complete its bounce in two seconds and run infinitely (as long as the user continues to hover over the div).  I'll also set its timing to ease so that the animation starts out slow, speeds up, and then slows down.

You may have noticed already that it would not be possible to create a bounce effect using the transition property. That's because you can only specific the initial and end state of the transitioning element — not an intermediate point. Meaning, you could have it move up along the Y-axis, but you couldn't specify it to move back down the Y-axis to complete its bounce.

Now that we're more familiar with CSS hover animations and transitions, let's look at why you'd want to spend time and resources creating them.

Using the :hover pseudo-class in CSS has several potential benefits.

You can use it to convey important information to your visitors. For example, many websites add a hover effect over their links to set them apart from other text on their site.

Some websites also use the hover effect so that additional information only appears when a user hovers over an element. Otherwise, it remains hidden. This is perfect for adding tooltip suggestions to your site, which can benefit beginners but annoy more advanced users. Here's an example by developer Sasha Tran.

You can also use the hover effect to encourage visitors to take an action on your site. Making a button grow bigger when a user hovers over it, for example, can help persuade them to actually submit the form, make the purchase, or complete whatever call-to-action the button says. It can also encourage them to click on elements other than buttons, like social media icons. Below is an example by Adam Morgan.

This is the length of time for one animation cycle. It may be set in seconds (s) or milliseconds (ms) (e.g. animation-duration: 3s;).

This is how the animation transitions through keyframes. It specifies the speed curve of an animation, ensuring the changes occur smoothly. There are predefined values you can use including ease, linear, ease-in, and ease-in-out. You can also use your own values for this function.

The time before the loaded element starts the animation sequence. It's defined in seconds or milliseconds. The values are: time (optional), initial (sets the property to its default value), and inherit (inherits property from parent element).

Negative values are allowed. When set to negative, the animation starts as if it had already been playing. For instance, in animation-delay: -2s;, the animation will behave as if it started playing 2 seconds ago.

This is the number of animation repetitions. You can define it as infinite to repeat the animation indefinitely. The property values are: number (default value is 1), infinite, initial (sets property to its default value), and inherit.

These are the values applied by the element when the animation isn't playing (i.e. before the first keyframe and after the last is played). The property values are: none (default, no styles applied to the element), forwards (element retains style values set by the last keyframe), backwards (element retains values set by the first keyframe), both (animation follows rules for both directions), initial, and inherit.

This specifies the status of the animation (running or paused). It allows a played animation to resume running from where it was paused rather than start over. The property values are: paused, running, initial, and inherit.

Note: the previous examples have not been vendor prefixed in order to make them look as simple as possible.

To indicate the different keyframe breakpoints, a <percentage> is used with 0% being the first moment of the sequence and 100% being the last. The two points can also be defined by their aliases from and to respectively.

Note that only individual properties may be animated.

For instance, if you wanted to move an element from the top to bottom, trying to animate from top: 0; to bottom: 0; wouldn't work.