What Is CSS Specificity & How Does It Work?

Say you’re building a web page and want all your hyperlinks to be orange to stand out from the other text on the page. Also, for internal links, you not only want to change the font color — you also want to bold them for extra emphasis. 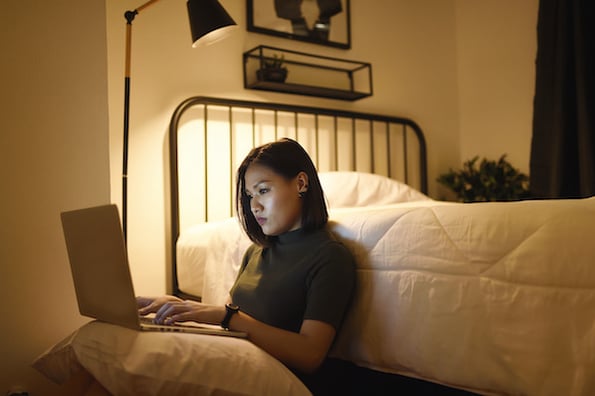 You likely broke one of the CSS specificity rules and, as a result, will have to backtrack in your code to try to fix the mistake. It’s a pain, but very common. CSS specificity is one of the most difficult — but important — concepts to learn in CSS and frameworks like Bootstrap.

What is specificity in CSS?

In CSS, specificity is a measurement of relevance based on the type and order of CSS selectors in a document. In cases when an HTML element or a group of elements is targeted by multiple CSS selectors, the rules of CSS specificity tell the web browser which CSS declarations should be applied.

Before we look at the different rules of CSS specificity, let’s define the levels of specificity of each type of CSS selector. Below is the “specificity hierarchy,” which lists selector types from the highest specificity to the lowest specificity.

There are a few rules of CSS specificity you should know before you start writing your CSS.

If an HTML element is targeted by multiple selectors, then the browser will apply the CSS rule of the selector with the highest specificity.

See the Pen css specificity: id vs class 1 by HubSpot (@hubspot) on CodePen.

Let’s look at another example: Say you want all buttons to be blue across your website. You’d add a class selector to define all elements under the button class to have a blue background color.

But, if you want the subscribe button on your homepage to be an exception so that it’s more eye-catching, you can use an ID selector to define the one button with the ID “homepage” to have an orange background color. All buttons without the ID “homepage” will still follow the CSS rule of the class selector.

See the Pen css specificity: id vs class 2 by HubSpot (@hubspot) on CodePen.

Rule 2: If CSS selectors have equal specificity, then the last rule in the document applies.

If multiple selectors are applied to the same HTML element and they have the same level of specificity (e.g., a class selector and an attribute selector), then the browser will apply the CSS rule of the selector that appears last in the stylesheet.

Taking from the example from above, say you have two declaration blocks for your buttons, and both use the button class. The second declaration block will apply, since it is the final one written in the document.

CSS can be written in three ways: inline, inside a <style> tag in an HTML document, or in an external CSS stylesheet. Inline styling, otherwise known as the “embedded stylesheet,” has the highest specificity and automatically takes precedence.

This makes sense considering the previous rule that order matters. Inline CSS is the “closest” to the HTML element, so it is more specific and is therefore applied. Let’s look at an example demonstrating this rule below.

However, you should avoid internal CSS when possible, since it makes your code more difficult to maintain down the road.

How do you override specificity in CSS?

In CSS, the !important property is the exception to all the specificity rules mentioned above and overrides all other declarations on an element, even inline declarations.

Although it might be tempting to take advantage of this property rather than following the other rules of specificity, we don’t recommend it. The !important property is considered a poor practice because it breaks the natural behavior of stylesheets, which makes maintaining and debugging your website much more difficult.

There are some use cases in which the !important property is okay to use, like when you’re defining utility classes, so we’ll briefly look at an example below.

Say you want any element targeted by the button class to look like the same button. Then you’d apply unique style properties with the .btn class selector. All good for now.

To avoid this and ensure that the style properties of the .btn class apply to all elements under that class name, regardless of the selector types or order, you can add the !important property.

Getting Specific with Your CSS

Understanding the rules of CSS specificity is important for having complete control over your HTML and CSS. With this knowledge, formatting will show up like you expect so you won’t have to go searching for a mistake in your code.