How to Make a Twitter Bot: A 5-Step Guide

Approximately 500 million tweets are published every day — and not all of them from human users. In fact, if you’ve ever retweeted an article on Twitter, the chances are high that the tweet was created by a bot instead of a human user. 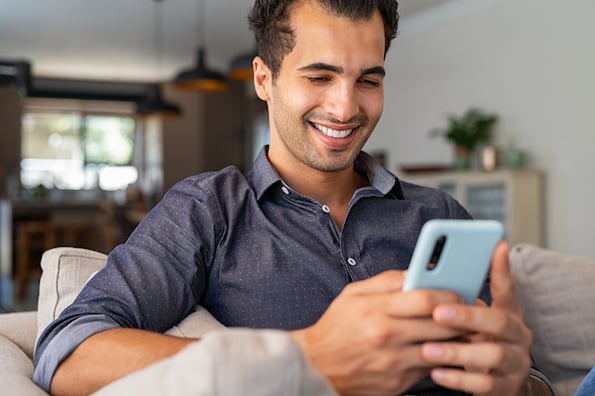 A study by Pew Research estimates that two-thirds of all tweeted links are shared by suspected bots. As bots continue to be more prolific on this popular social media platform, it’s important to understand what a Twitter bot is exactly. You might even need to know how to make one. Since a bot can automate part or all of your Twitter activity, it can accelerate your Twitter marketing strategy while saving you time.

Let’s take a closer look at what a Twitter bot is and what benefits it offers below.

By automating certain tasks, Twitter bots can help you establish an active presence on one of the most widely used social media platforms in less time. With a bot, you can schedule tweets to publish at times when you’re not online. You can automate responses to new followers. You can retweet content with a particular keyword or hashtag. You can follow or unfollow accounts — and much more.

Let's take a closer look at a few specific use cases of Twitter bots below.

There are several ways you can use Twitter bots: to tweet, delete tweets, quote tweets, and more. In this section, we'll focus on the use cases that were made possible by the release of Twitter API v2.

Thanks to the new release of the Twitter API, you can now use a bot to post Twitter polls. Twitter polls can be a great tool for generating awareness about an upcoming product or campaign launch, getting customer feedback, or starting a conversation with your audience.

HubSpot, for example, recently posted a poll asking what's the biggest pain point among B2B buyers. They then linked to a guest post that featured Michael Vittum, HubSpot Senior Manager & GTM Lead for Payments, that detailed how B2B buyers don't just have one point, but several. This is an excellent way to use Twitter polls to engage your audience and drive traffic to another site. 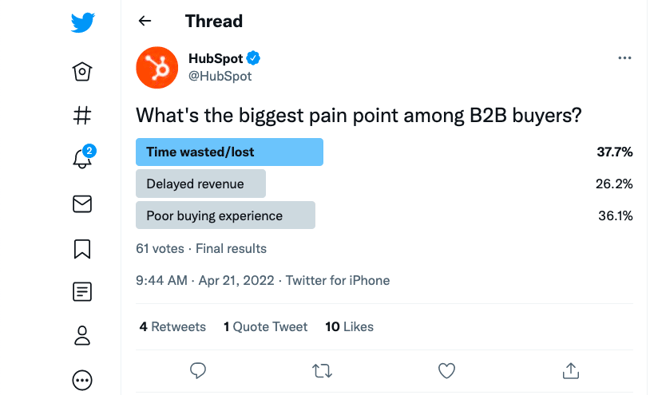 You can also use a Twitter bot to control who can reply to your tweets after you’ve posted them. Before the release of the new Twitter API, you could limit who replied to your tweets but only when writing the tweet. You couldn’t change those settings later.

This can help businesses reduce spam or unwanted replies and foster a meaningful conversation among a specific number of people. You can configure your bot so that only followers can reply to your tweets or only people mentioned in the tweet. 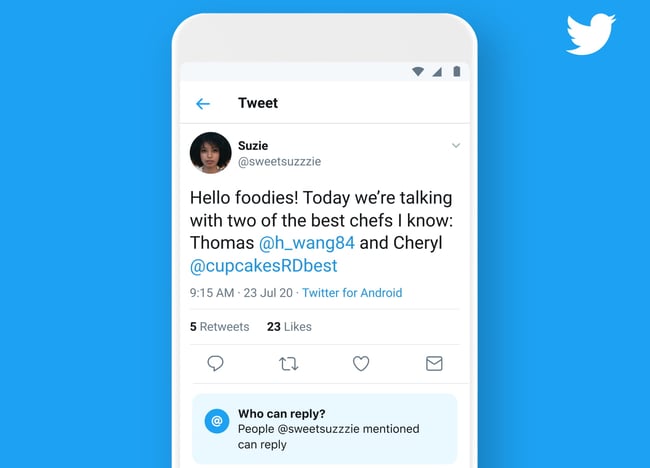 For example, MakeupforWOC offers exclusive Q&As, advice, and other content to her Super Followers. 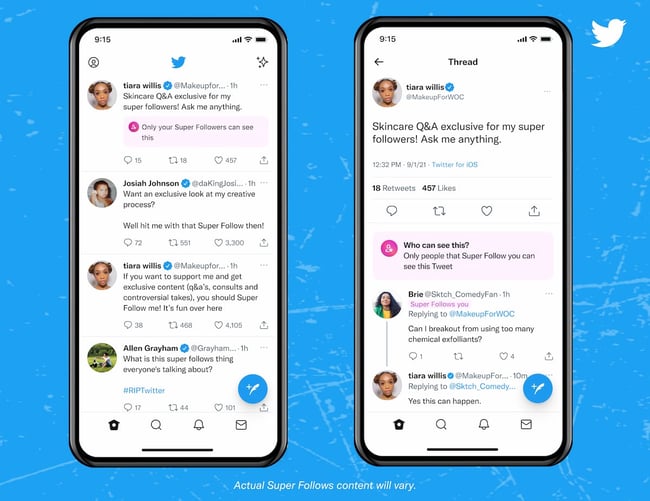 If you want to leverage these and other benefits, you can create a Twitter bot. Creating one is relatively easy. You don’t need to code anything or even know how to code. You just need to understand the basics of an application programming interface (API), like that you’ll need an API key and some tokens to authenticate your request.

Let’s walk through each step of creating a Twitter bot below.

To start, go to developer.twitter.com and log in with an existing account or sign up for one. (Whether you're using an existing or new account, make sure to clearly state that it's a bot in the bio and who built it.)

You won’t be able to create an app right away. Instead, you’ll have to apply for a developer account with Essential access first. The application process is easy. You’ll just need to provide some basic account information and explain your intended use of the Twitter API. 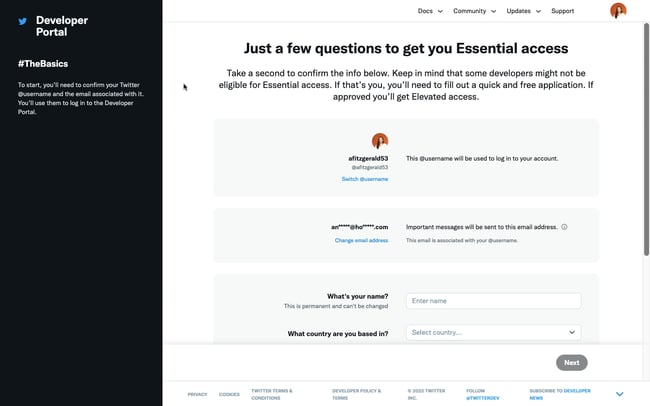 Once you've confirmed your email, you’ll be redirected to your developer portal. Click the +Create Project button in your dashboard.

Then you’ll be given an API key, an API secret key, and Bearer token. Store these in a safe place — you’ll need them later. 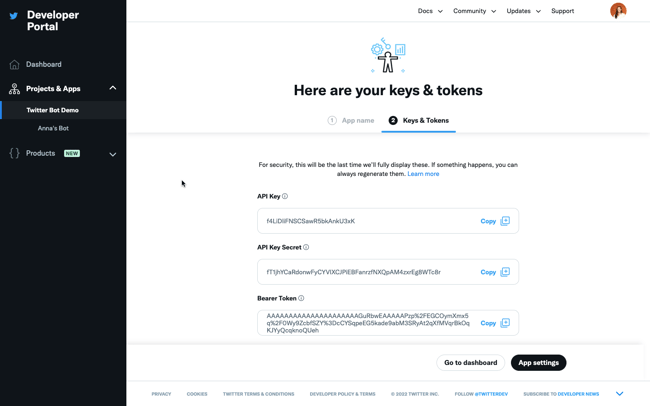 Now click the App Settings button in the bottom right corner. Scroll down to the heading labelled "User authentication settings." Click Set Up. 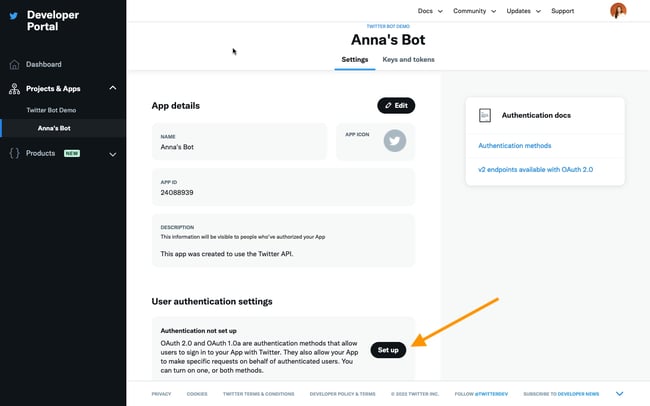 Toggle on OAuth 2.0 and 1.0a, then scroll down to edit the App Permissions and select the Read and write and Direct Message option. 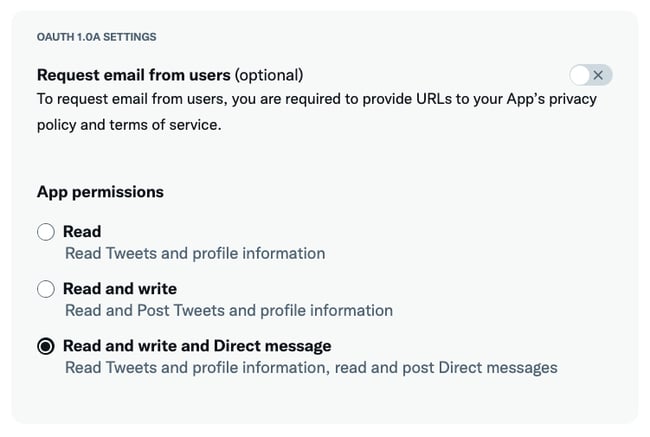 Finally, add a callback URI and website URL and click Save at the bottom of the page.

Once you save the app permissions, you’ll be redirected to your project dashboard. Switch from Settings to the Keys and Tokens tab. Next to Access Token and Secret, click Generate. You’ll need these in the next steps. 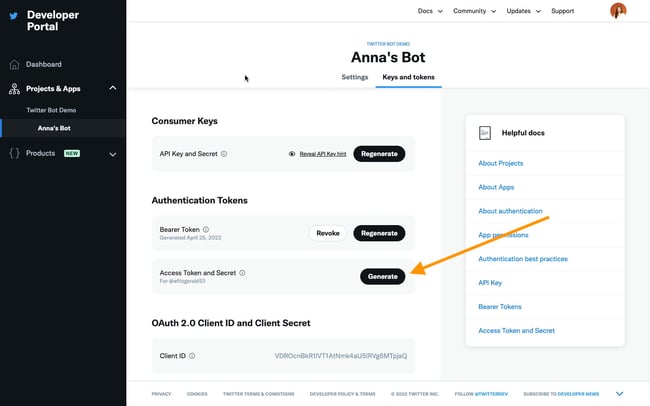 You’re ready to program your bot now! To start, open the Twitter Bots app and sign in with your Google account that’s associated with your Twitter account. Fill in the input fields with the appropriate keys and tokens you got in earlier steps. Then specify the search criteria. Your app will find all new tweets that match this search phrase. I’ll choose #hubspot for my app.

Finally, you can select the action you want your bot to take from the drop-down menu. Possible actions include sending a public reply or private message, retweeting the tweet, following the account that tweeted it, and more. If you choose one of the options that require predesignated text, then you can fill out the “text” field to the right of the drop-down menu.

Once you click save, your bot is initiatives and will auto-run in the background. Easy, right?

While bots can be used for spam and other nefarious activity, many bots are simply used for automation. To help users decide which bots to trust, Twitter has begun rolling out bot labels. These clearly mark that the account is automated and isn't suspected of doing any harm.

These labels are not endorsements, but many individuals do endorse bots and the automation they enable.  In an article for the Twitter blog, artist and bot developer Andrei Taraschuk said, “Bots are actually better in so many use cases than humans. They never forget, they never tire of sharing. They remember exactly what they shared and what they didn't.”

Keeping these benefits as well as the use cases discussed above in mind, let’s take a look at some of the best bots on Twitter. 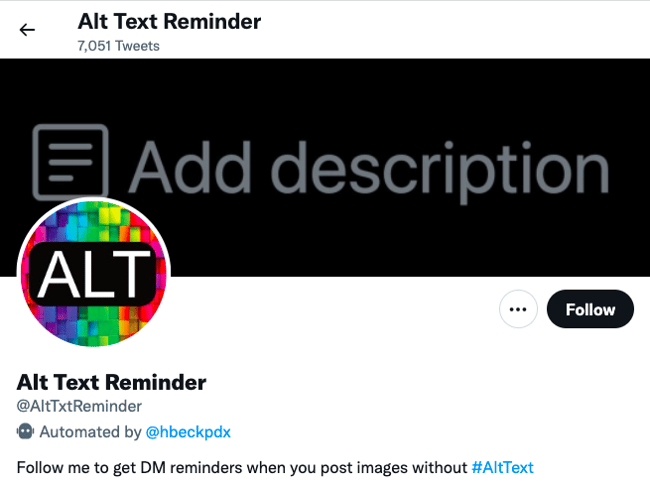 Alt Text Reminder is a Twitter bot designed to improve website accessibility. It sends direct messages to its followers to add alt text when they Tweet an image without it. Alt text is a description of an image that can be read by a screen reader and is therefore important for the visually-impaired or other people using a screen reader. It’s also useful for people with low bandwidth connections or other issues that cause images not to load on their screens. 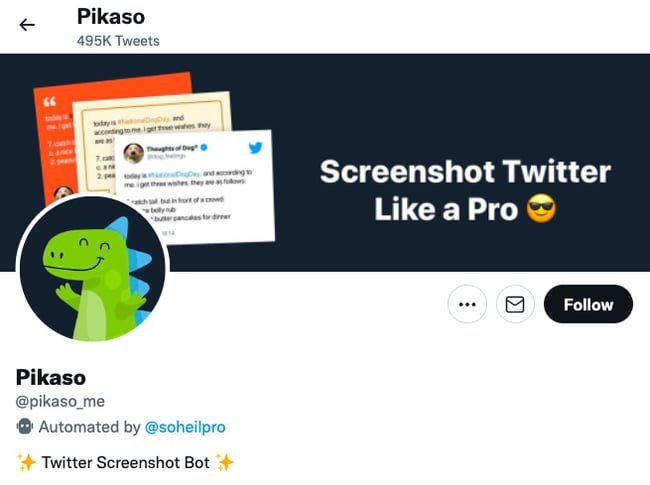 As a Twitter screenshot bot, Pikaso is an ideal Twitter bot to follow if you frequently take screenshots of Tweets to post them on other social media platforms, blog posts,or other marketing collateral. You can’t use it to screenshot Tweets with images or videos, but everything else is fair game.

Designed to help the Metropolitan Museum of Art showcase work from its Drawings and Prints department, this bot Tweets out multiple works a day. The MET is just one of many “art bots” on Twitter. Along with bots for museums like the the Art Institute of Chicago and the Guggenheim, this type of bot Tweet nearly 250,000 works in a given month and receive millions of likes and comments.The bot developer, Taraschuk, says these bots are designed to bring culture to Twitter. 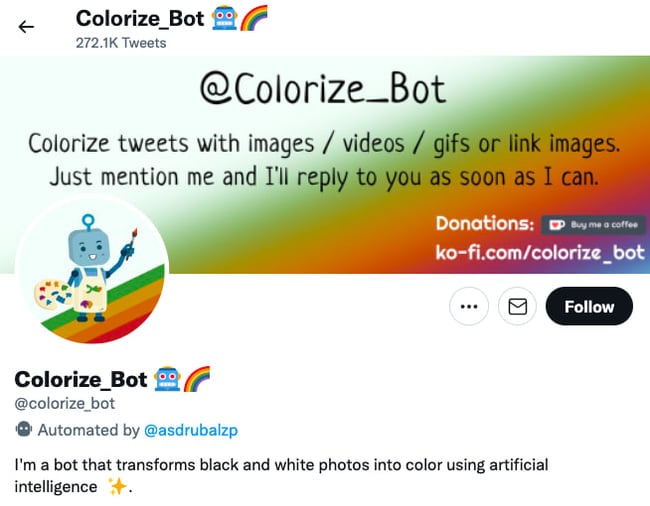 Colorize_Bot is an automated account that uses AI to transform black-and-white images into ones with color. So if you have or find an image that’s perfect for a blog post, landing page, or another piece of content but you’d prefer it in color, then you can use this bot. 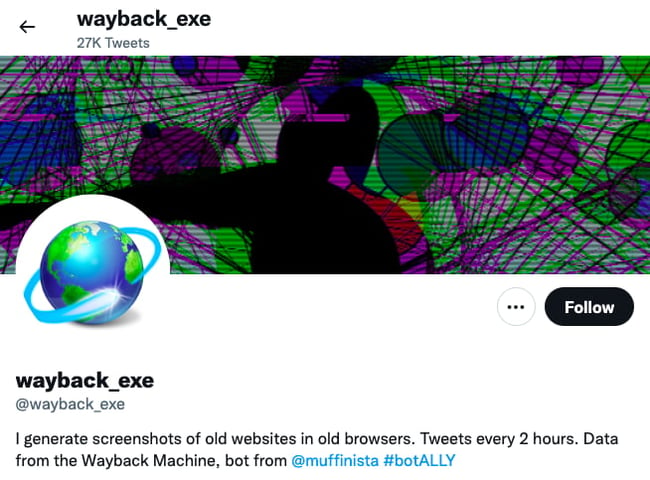 Wayback_exe is a Twitter bot that uses data from the Wayback Machine to post screenshots of early web pages, primarily from the 90s, in old browsers. It’s a great bot to follow if you work or write about web design, or are simply interested in how web design has evolved through the years.

A Twitter bot can help automate administrative or non-essential tasks, like sending a DM to new followers or following an account based on a hashtag they use. This can help you advance your Twitter marketing without investing much time and effort.

Editor's note: This post was originally published in December 2020 and has been updated for comprehensiveness.