What Are JSON Files & How Do You Use Them?

Spoiler alert, nothing to worry about here; JSON is not to be confused with that dreaded and insidious character, Jason Voorhees. 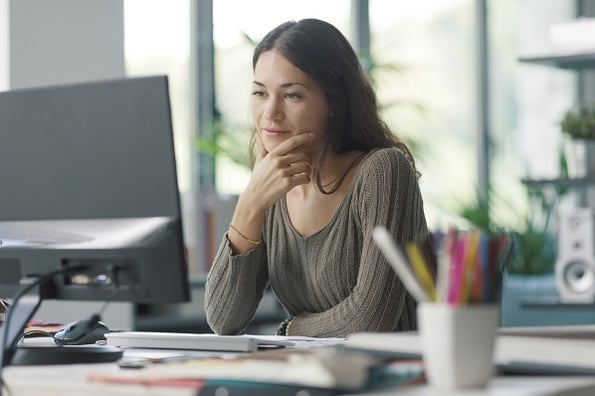 A JSON file is far less sinister; in fact, it’s beneficial for operating a vast number of software and software types.

Without further delay, let's discuss what you need to know about JSON files, including what they are, what they look like, and how to use them.

What is a JSON file?

A JSON file stores data in key-value pairs and arrays; the software it was made for then accesses the data. JSON allows developers to store various data types as human-readable code, with the keys serving as names and the values containing related data.

Building on this, the JSON syntax is not without restrictions. The information provided for the keys and values must match a specific format. For example, all keys must be strings written with double quotes — and this is also true of values with one difference.

Keys must be strings, and values must be a valid JSON data type:

However, developers must still write these data types in a string format according to the JSON syntax. So, let's take a look at what the data inside a JSON file looks like, including the different data types.

What is a JSON file used for?

This type of file provides a human-readable format for storing and manipulating data when developers build software. It was initially designed based on Javascript object notation but has since grown in popularity, so many different languages are compatible with JSON data.

The JSON data format is an open standard file (.json) and data format used for data interchange through various forms of technology. The most common use of JSON data and files is to read data from a server for a website or web application to display — and change data given the correct permissions.

But, that is not the only thing it is used for. Computer applications, programs, mobile apps, and much more all use JSON files. It is so universal that one might argue it is used virtually everywhere.

Since developers use JSON to support software development, some might think JSON files are complex and tedious. But they are relatively simple by comparison to other data management methods.

So, let's take a look at some examples of the various data types used in sets of key-value pairs.

When we assign objects to a value in a pair, we use curly braces to contain the object information. However, even the information within is formatted using the syntax rules. You may see a bit of a pattern here, one that keeps things nice and simple.

Arrays are very similar in many ways, including the formatting and syntax of strings and numbers. The only difference is how we contain the array, using square brackets instead.

Boolean values are used when the data is only allowed to be true or false — such as in the case of a product sale or authentication permissions.

The null is a unique keyword that identifies a key that has not yet been assigned a value but is also not empty. Typically it is used to identify acknowledgment of a lack of value, and as such, when accessed as a boolean, it returns falsy.

How to open a JSON file?

Opening JSON files is far more straightforward than you might think; it is a very simple data structure that is entirely text-based — which is why it is limited to strings and numbers. Because of this, you can use any file opener to view a JSON file, such as notepads, text editors, and even command-line interfaces.

Let's look at a few examples of some programs and applications capable of opening these files.

Windows Notepad is a simple text editor created by windows for use on windows software, because of the simplicity of JSON files this is an effective, simple editor you can use to view and edit JSON files.

Notepad++ is another simple source code editor for viewing and altering text and programming files, though unlike Windows Notepad it has more flexibility with editing. Coded in C++ which is faster and easier on your device, it is also a great choice for JSON files due to the simplistic syntax and nature of JSON data.

Atom is a text editor created by GitHub for use on multiple platforms and is a bit more complex than a standard editor. It can be used to open many different kinds of files and is very user-friendly providing contextual syntax highlighting. Because of these features, this is a great medium-tier editor for viewing and manipulating JSON files as well as many other file types.

Microsoft VSC is a more complex text editor and falls under the category of integrated development environments (IDEs) as it is very robust and can open and interact with a variety of file types and programming languages. This makes for a very powerful means of viewing data of all types including that of JSON files.

The most significant point to remember about JSON files is that they are relatively simple to use. This point creates many benefits like compatibility across platforms and a wide range of performance perks. So, to wrap up, let's go over some of the most important benefits discussed in this post.