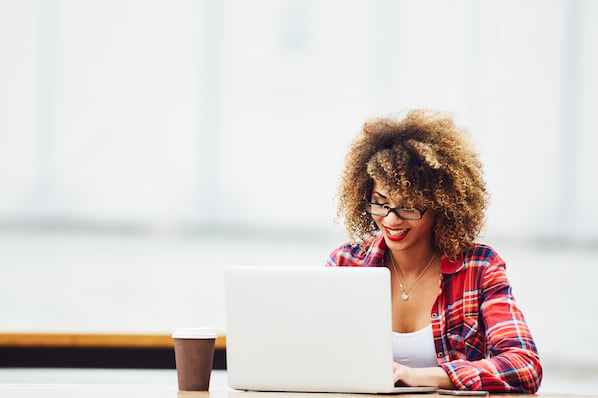 Imagine you're designing a web page. You want a group of headings to have a large red text, a group of buttons to have a medium white text, and a group of paragraphs to have a small blue text.

Bold choices. But, thanks to CSS classes, you can do exactly that. CSS classes enable you to apply unique style properties to groups of HTML elements to achieve your desired web page appearance.

In this post, we'll cover the fundamental terms you need to know, like CSS class, class selector, and CSS specificity. We'll also walk through how to create a class in CSS and use it to style your web pages.

What is a CSS class?

A CSS class is an attribute used to define a group of HTML elements in order to apply unique styling and formatting to those elements with CSS.

Let’s look at an example of how CSS classes work. Below, we have a simple HTML page with three headings (h2 elements) and three paragraphs (p elements).

Notice how the second heading, third heading, and final paragraph are styled differently than the rest — this is because these elements have been assigned the class bright. Looking at the CSS, we see the .bright selector, which applies its style rules to all elements with the attribute class="bright".

How to Create a Class in CSS

Let’s try making a CSS class from scratch. Say you want to make a paragraph of text and style certain words for more emphasis. You can do this by creating a CSS class for these special words, then assigning this class to individual words with span tags.

Start by writing out the HTML elements you want to style. In this case, it’s a paragraph of text:

Next, let's add class attributes to these <span> tags. To do so, add the attribute class="name" to the opening tag of the targeted element, and replace name with a unique identifier for the class.

Lastly, you need to create rule sets for these classes in CSS. We do this using CSS class selectors and declaration blocks.

What is a class selector in CSS?

In CSS, a class selector is formatted as a period (.) character followed by the name of the class. It selects all elements with that class attribute so that unique CSS declarations can be applied to those specific elements without affecting other elements on the page.

In our example, we’ll create declaration blocks for both of our CSS classes with the selectors .orange-text and .blue-text:

When we pair our HTML and CSS together, we see how our CSS classes target certain elements with our custom styling:

Note that the class attribute doesn't change the content or style of the HTML document by itself. Meaning, simply adding a class attribute to an element without any CSS will not change the appearance or formatting of the element on the front end. You need to assign CSS rules to the class to see any change.

It also helps to create class names that describe the element in the class. In the above example, we used the names .orange-text and .blue-text because we were creating colorful text. These names are descriptive enough that someone just reading the CSS would understand the purpose of the class.

How to Use CSS Classes

Now that we understand what a CSS class is and how it appears in the body section of an HTML file, let's take a look at common use cases.

Let’s see an example of how Bootstrap uses CSS classes. In Bootstrap CSS, the CSS class .btn can be used with the <button> HTML element (as well as the <a> and <input> elements). Bootstrap contains CSS that automatically formats any elements defined with the .btn class a certain way. Therefore, simply adding the attribute class=“btn” to an element changes its appearance.

More precisely, adding the .btn class to an element sets the font and font size, and if a visitor clicks on the button text, an outline of a button with rounded edges appears.

Bootstrap also has classes for styling buttons in other ways, such as background color. If we add the class .btn-success or .btn-danger the button will show as green or red respectively.

The goal of CSS classes is to apply formatting to specific elements. To that end, descendant selectors are a great addition to your toolbox.

Descendant selectors let you target elements inside of other elements. For instance, you may have already created a class to define a general style for paragraph or heading text, but want certain words within the paragraph to be styled in their own way.

Descendant selectors allow you to add these special styles to specific words without affecting the surrounding text or changing your HTML document.

Let's say you apply the .blue-text class to a heading, but want to change the color of a word within the heading. Wrap the word in a span element, then add another ruleset with a descendent selector: After the CSS class selector .blue-text, add a space and then the type selector span.

Be careful not to overdo this, though. Overuse of descendant selectors can lead you to set up confusing rules that will make changes difficult for you down the line.

There's more to see on a web page than HTML content. A great deal of information about the user's activity is transmitted while they interact with the page. Some of this information is a reflection of what they're doing.

Consider a link within your content. The user may or may not interact with it. If they do, you can use pseudo-classes to capture temporary user information such as when they hover, click, and follow the link.

Pseudo-classes are identified by a colon followed by the class. They will appear after a CSS selector with no space in between.

Common pseudo-classes for link styling are:

Let's look at an example. Say you want to remove the underline from only certain links in all states. Meaning, no matter if the user has visited the link, is hovering over it, or is actively pressing down on it, an underline will not appear below these specific links.

In that case, you'd add a class attribute only to the links you want to remove the underline from. Then, add four rule sets with the class selector and the four respective pseudo-classes. In each declaration block, you'll set the text-decoration property to none.

While you can have multiple instances of a class on an HTML page, you can only have one instance of a CSS ID on a page. To give an element an ID, add the attribute id=“name” to its opening tag, and replace name with a unique identifying name. In the CSS, the corresponding ID selector begins with a pound sign (#) instead of a period.

Additionally, ID attributes provide the target for URL fragments (such as page anchors), so they should be unique. Fragments help you refer a user to a specific part of a web page — the fragment looks like an ID selector placed at the end of the URL.

This is how the different selectors rank in the specificity hierarchy:

This is where ID selectors shine. Because they're so specific, almost any other type of selector that goes up against them loses. On the other hand, the universal selector (*) will lose every time because of its low specificity.

CSS classes help you customize elements on a web page faster and more easily. Using CSS class selectors allows you to set up rules to format entire classes of HTML elements, specific elements in a class, or single elements across many classes. You can be as creative as you want when designing your site, but remember the goal is to improve your website's user experience.

How to Minify CSS and Speed Up Your Website