7 Shameless Tactics Marketers Use to Lure an Audience

Slow and steady wins the race. But sometimes, isn't it kind of nice to burst through that finish line? That's where shameless marketing tactics come into play. 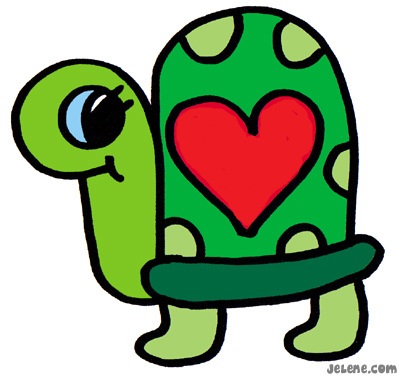 You know the ones -- they grab your attention, pique your interest, make it so you can't look away! It may make you feel a little grubby, but the fact is these things have worked for lots of brands, and when something works, it's hard to knock it too hard.

So here is a list of tried and true, totally shameless marketing tactics brands have applied to their marketing and advertising efforts to get visitors engaging with their content. I'm not saying you should implement all of these, but hey, next time your CMO gives you a tough traffic or leads goal ... at least you'll have some creative tricks in your back pocket!

One day, the option appeared in my Foursquare account to include a picture of a puppy in my weekly emails.

I then started to receive emails from Foursquare with pictures of this nature at the end: 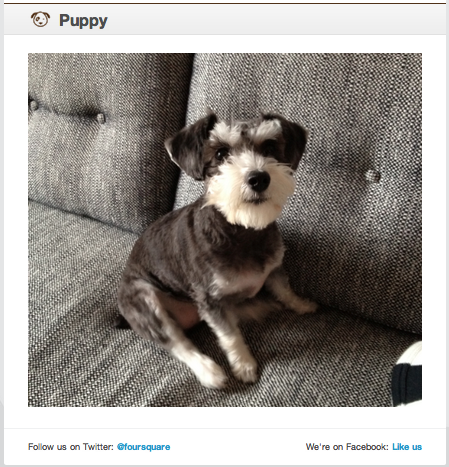 And for the first time, I actually started reading through these emails from Foursquare, even though those puppies have absolutely nothing to do with the brand.

Thing is, Foursquare started doing this because they picked up on a phenomenon that has worked well for many brands for some time -- make em say, "aww!" Take a look at Geico, for example. Even though car insurance relates in no way to cute animals, Geico has a track record of finding success in using animals to promote their car insurance. The Geico Gecko has become renowned for his role in the marketing and advertising industry, and following in his tracks were other talking animals including woodchucks and pigs. These commercials have been watched over 25 million times, more than any other car insurance company.

It extends beyond just cute brand mascots, too; laundry detergent brand Snuggle decided to not only name its product "Snuggle" (how cute is that?) but to create a fuzzy baby teddy bear, also named Snuggle, to represent its brand. The mascot was created in 1983 and has been used ever since to give its customers the message that by using the detergent, your clothing would be more comfortable. Snuggle is featured in all of their marketing and advertising campaigns and has proven to work for the company for almost 30 years.

So to test our theory, here are some pictures of really cute puppies. ...Did it work? ;-)

Using numbers in the headlines of your content is a tried and true way to get more clicks than the average snuggly bear. However, the numbers that really work are the ones that make your readers do a double take. Think about it -- 75 ways to get leads from Twitter is much more appealing than 3 measly methods; I mean, who couldn't come up with 3 ways to get leads on Twitter? Big whoop! Including adjectives like "shocking," "unpredictable," or "crazy" only help amplify this effect.

We use this tactic in our blog posts all the time. Just take a look at one of our blog posts LinkedIn 277% More Effective for Lead Generation Than Facebook & Twitter [New Data].  Whoa, 277% more effective? That's ... a lot more effective. And you know what? That blog post has received over 33,000 views and triple digit inbound links. We use it in our ebooks, too, to show that we're being comprehensive. Or look at our latest ebook, 55 Brands Rocking Social Media With Visual Content. In just one day it received over 2300 views ... just one day! Think about if we'd just given you 5 or 10 brands that use visual content on social media; how inspirational would that really be?

Similar to cute animals, many brands have seen success using cute babies as a way to market themselves. Remember the Coppertone Water Babies? They put that baby on all of their products to appeal to mothers who loved their cuddly little buggers. And for the rest of us, it gives us a feeling a comfort that many marketers want their audience to feel.

But the Coppertone association with babies makes sense; what about the brands that leverage cute little babies when it doesn't directly relate to their product? Enter Evian! Take a llook at this video, which was viewed over 56 million times and became known as one of the most successful brand campaigns ever. Even though cute babies don't correlate with water, they made sure that their brand was prominent throughout the commercial to retain brand awareness.

It's kind of messed up, but when your headlines are a bit inflammatory, including words like "hate," "fix," and "mistakes," people gravitate towards it. It's a trick, of course -- the premise is that when you publish a blog post like "15 Things People Absolutely Hate About Your Website," the post isn't directly attacking any specific reader's website; it's just a lens into the general public's website pet peeves. But that headline sure does hit close to home, doesn't it? That's one of the reasons that blog post was so successful -- there were over 1,500 Facebook likes, almost 2,000 tweets, close to 1,000 shares on LinkedIn, and 26,515 views (and counting).

To help hammer home the point, take a look at some other headlines that take the same inflammatory approach that performed very well:

All of these examples poke fun not at your reader specifically, but at all marketers (ourselves included) and toy with them in a way that makes them just want to click the link to find out what they might be doing wrong!

Similar to berating your audience, a headline that exaggerates a situation will also get more clicks. Let's take the story of Fleishman-Hillard, a PR agency, as an example. They tried their hand at newsjacking for a client (more on newsjacking later in this post!) to promote their client and received a lot of backlash for its inappropriate content. So PRNewser took this opportunity to write a story titled, "Fleishman-Hillard Canada Apologizes For ‘Tackiest Press Release in Human History." By calling this press release the "tackiest press release in human history," they got some serious media attention.

Another article titled, "The Worst Thing Ever: Retina Display" gave a strong opinion of the new Mac laptop that is coming out in the next few months. By taking the title to extremes -- the worst thing ever -- journalists assert a strong opinion that challenges readers to vehemently agree or disagree with their assertion.

You didn't think we'd forget about the advertising industry's go-to tactic, did you? Nudity and sex appeal are common fall-back methods for garnering an audience's attention. For decades, brands have tried to convince customers that if they use their products or services, they will look like the model in the magazine or have the confidence and attitude of a celebrity.

Most recently, H&M produced a Super Bowl commercial with David Beckham almost completely nude to sell, ironically, their clothing. Ladies, you may recall this one. Within 45 minutes, the brand had 109,000 mentions on social media, more than any other commercial that was aired.

If you stay up to date on the news, there may be an opportunity to market your company with a story that already exists. Newsjacking proves highly successful because you are using an already popular story to give readers a reason to pay attention to your company.

Our favorite example comes from David Meerman Scott's book all about newsjacking in which he tells the story of the London Fire Brigade's own attempt at newsjacking. They read the story about Kate Winslet saving Sir Richard Branson's mother from a burning building, and immediately sent her an invitation to go through firefighter training. With minimal effort, time, and cost, the invitation garnered them tons of press and praise for their efforts.

What shameless marketing tactic do you think works best? By the way, how many people clicked on the cute puppy link in the beginning?