40 Ways to Get Banned From the Top 5 Social Networks 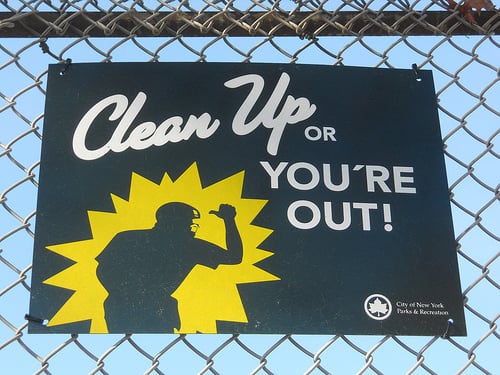 It may feel like a fustercluck, but there are actually some rules and regulations that go along with participating in social media. Not the kind that ban people from uploading pictures of their meals (PB&J no crust today guys! #omgsohungry), but the ones that help alleviate things like spamming, bad content, and a poor community experience. You know, the things that help make social media a nice place to be.

It's not a perfect system the social networks have worked out, but it's important for marketers to know -- because believe it or not, lots of marketers are breaking these rules and don't even know it. And it breaks our hearts to see marketers giving an honest go of social media get banned from the networks ... and then not even know why the heck it happened.

This post will review the policies the most popular social networks have set up -- some more stringent than others -- that we think you should be aware of. And we tried to put them in plain English, too, devoid of confusing and boring legal babble. If you're accidentally breaking any of these rules, at least now you can put the kibosh on your illicit activities before it's too late!

If you're curious how the newest social network on the block works, we encourage you to read its Terms & Privacy page in full. But for a quick reality check, here are the guidelines marketers should remember when pinning to ensure they stay in Pinterest's good graces:

3) Automating your Pinterest content. Marketers can't use an automated service to post content to their pinboards, repin or like other pinners' content, or create links. All the rewards you reap from Pinterest, in other words, have to come from your own hard work! Note: If you pin a ton of content from one URL all in one sitting -- let's say you just published a blog post with a ton of great images, for example -- you may be prompted by Pinterest to verify that you're not a bot. Just fill it in and keep on keepin' on.

5) Scraping for contacts. Any contacts you get from Pinterest have to be opt-ins; as in, they have to come to your site and fill out a form saying they want to hear more from you. Scraping Pinterest for pinners' personal information so you can market to them later is strictly prohibited.

7) Putting links in the wrong place. Pinterest wants you to include links in your pins so pinners can follow the links to get more information on a pin. But they only want it in the right place. When you pin an image, click 'Edit,' where you'll find a field labeled 'Link.' Put your link anywhere else and you may get banned.

8) Don't get banned. If you've been banned once, you're banned for life. Or as Pinterest puts it, "the Service is not available to any users previously removed from the service by Pinterest." So, tread lightly.

How Marketers Can Get Banned From LinkedIn

LinkedIn's rules aren't as stringent as the ones we've seen on other social networks -- perhaps the B2B playground hasn't gotten quite so out of hand. You can read LinkedIn's User Agreement in full, or just browse these highlights that jump out for marketers:

1) Connecting with people you don't know. Seriously! You have to actually know the people you connect with on LinkedIn, or they can boot ya right off!

2) Posting copyrighted content to forums. Whether it's your LinkedIn Group, LinkedIn Company Page, or on LinkedIn Answers, you can't publish information that violates others' intellectual property rights. This one won't get you banned, but LinkedIn can remove the content and close your group or page. Additionally, LinkedIn will terminate the accounts of users who have been "deemed to be repeat infringers under the United States Copyright Act." You know who you are.

4) Putting links and email addresses where they don't belong. You get to fill out your profile however you want, as long as it's accurate. So if you put, say, a link to your blog in, oh I don't know, the 'Name' field ... you're gonna get shut down pretty fast.

5) Selling your LinkedIn presence. Built up a pretty big LinkedIn Group? It might be an asset, but you can't sell it or monetize it in any way if you want to stay on the social network.

6) Using bots to get connections, followers, or members. Just like Pinterest and some other social networks we're about to cover in this blog post, LinkedIn wants you to grow your reach organically.

7) Impersonating another company. Another familiar refrain, brands can't create a fake profile for a competitor to mess around on. You'll look stupider doing that than they will, anyway. 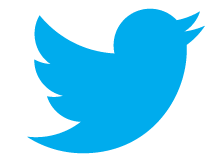 The full list of Twitter "rules" can be found here: The Twitter Rules. Aptly named, eh? Here are the ones that are most likely to apply to marketers so you don't get banned by that sweet little tweety bird:

3) Squatting on handles. Ow, that sounds uncomfortable. This means you can't grab a Twitter username and not use it. Well, you can, but Twitter will just grab it right back if it remains inactive after 6 months. On a related note, you can't grab a username for the purposes of selling it.

4) Buying or selling Twitter usernames. There can be no transactions made around Twitter usernames at all. The penalty is possible permanent suspension from Twitter -- for buyers and sellers.

5) Giving yourself an unearned Twitter badge. Twitter has little badges for Promoted Products and Verified Accounts. If you use one of these badges anywhere on your profile -- including your profile picture or background image -- your profile will be suspended.

6) Posting the same thing over and over. If you're trying to get a tweet visibility, you can't do it by tweeting it like a maniac, particularly if it's duplicate content tweeted at specific users. Same goes for links -- Twitter will penalize you if they see you tweeting the same link over, and over, and over ... and over.

8) Getting followers in sketchy ways. Specifically, those "get followers fast!" schemes. It may get you permanently banned from Twitter.

9) Hijacking a hashtag or Trending Topic. If there's a #hashtag or trending topic blowing up Twitter and you want in on the action, you can't try to hijack it with unrelated content about your brand. If you do, you could feel the wrath of the mighty blue bird mighty soon.

10) Posting links with no context. If your updates are just a slew of links with no personal content to give them context, you'll not only annoy your followers, but Twitter will also want you off their network.

11) Getting ratted out. Sometimes the Twitter community self-polices. If a large number of people are blocking you, or your account has received a lot of SPAM complaints, Twitter will boot you. So play nice out there. 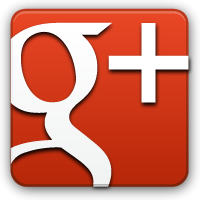 How Marketers Can Get Banned From Google+

If you're using Google+, there are a couple surprises in here that you might not have considered. You can read their Google+ Policies & Principles in full here, or catch the biggies below:

2) Running contests. Ooooh, that's a new one! You cannot run contests, sweepstakes, offers, or coupons directly on your Google+ page, but you can display a link to those promotions that leads people offsite.

3) Aggressive Circling. That's a ... weird phrase. But much like you can't aggressively follow and unfollow people on Twitter without getting flagged, you can't Circle a ton of people on Google+ without punishment.

4) Altering or adding +1 buttons where they don't belong. Similar to the Twitter badge rule, you can't, say, superimpose the Google +1 button on an ad. It's a misleading way to garner clicks.

5) Keyword stuffing. Yes, it can happen here, too! Because Google+ is so closely tied with organic search, the penalties are just as stiff. If you're trying to rank for a keyword, stuffing it into every Google+ update is not the way to do it.

6) Marketing regulated products. If you're marketing in a regulated industry, such as alcohol, tobacco, medical devices, fireworks, pharmeceuticals, etc., you cannot use Google+ to market those topics.

7) Letting your page go dormant. If your Google+ account is dormant for more than 9 months, Google can snatch it right back from ya.

We've all probably participated in our fair share of complaining about leaving Facebook. But could they force marketers to leave? Maybe, if they start doing any of these things that violate the Facebook Page Guidelines:

1) Creating fake accounts. As Forrest Gump said, "That's all I have to say about that."

4) Naming your page in goofy ways. Facebook has some pretty stringent naming requirements! Your page name cannot consist of solely generic terms, like "pizza," must use proper grammar and capitalization, may not be in all caps, and may not include character symbols.

5) Collecting user data incorrectly. What does that mean, exactly? It means you have to clearly state that it's your business, not Facebook, collecting their information, and you will obtain their consent before using their data in any way.

7) Running contest or promotions outside of a Facebook app. If you want to run a contest or promotion on Facebook, you can only do it through one of their apps -- either a Canvas Page or a Facebook App. You also can't base participation on a requirement that a user take any action with your brand page, such as uploading a photo to your Timeline, or "Liking" a wall post. The only actions that are allowed as a condition of participation are "Liking" a page, connecting to your app, or checking in to a Place. You can't use any Facebook mechanism, like the 'Like' button, in order to vote or register for the promo, either. Finally, you can't notify winners through Facebook. So basically ... you have to jump through a whole lotta hoops if you want to run a promotion or contest on Facebook.

Have you unwittingly broken any of these social media rules? Have we missed any that you think marketers should know about?