Your Anti-Social CEO Is Hurting Your Brand [New Data] 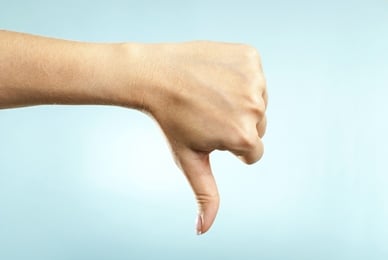 Everyone's doing it. Tweeting. Following. Friending. It feels like the entire world and their grandmother is on social media. Everyone except for Chief Executives, it seems. 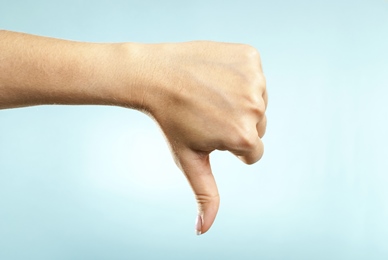 Not only that, only 50% of CEOs have a personal bio on their website. Fewer have one on LinkedIn. It's as if they have something to hide.

Out of all the people within a company that should be most present where millions of customers, prospects, suppliers, shareholders, and employees interact, you would think the head honcho would be one of them.

It appears that for most CEOs, their social media strategy is to ignore it entirely. And it's not just the CEO. Many corporate executives seem to be pulling a Ferris Bueller on the socialphere.

And then I thought, so what? CEOs are too busy to be tweeting. Plus, their industry isn't on social anyway. And ROI can't be measured. And it's too risky. Actually, it's really just for young people. Or the marketing department. Yep, social is no place for a CEO.

BS. Those are all lame excuses.

The truth is, CEOs can't afford to ignore social media. Not in today's world.

When CEOs choose to resist social media, they fail to realize that their absence not only impacts their personal reputation but also that of their brand's. According to a recent post by enterprise marketer Lindsey Gusenburg:

"There is a growing expectation from consumers and employees alike that the leaders of companies, large and small, should embody the brands they represent -- and demonstrate that commitment by being visible and accessible on social media."

It's about transparency and trust. Social is branding.

When CEOs choose not to be social, that transparency and trust suffers. It doesn't matter what industry you're in or what audience you sell to.

Awhile back, Forbes published an article stating, "If you don't have a Social CEO, you're going to be less competitive." Is there actually a negative impact to being socially left out? If a brand has a strong following on social, why does the CEO need to follow?

While the article has a valid point, not every CEO agrees. According to an interview by author Susanne Mueller Zantop;

"Sebastian Thrun, co-founder of Google X and the person behind Google Glass told me recently that he thinks the job of a CEO is fundamentally antisocial. Politicians and celebrities can measure the advantages of their social engagement. They need fans. CEOs don't need fans."

Well then, if the CEO doesn't need fans, than neither does their company.

49% of corporate reputation is attributed to how people view the CEO. [Tweet This Stat] Not a fan of the CEO? Might as well say goodbye to half of your business (okay, a little drastic, but you get my point).

In fact, among the 50 top-performing companies, 72% of CEOs are active on social media. Not quite causation and correlation, I agree, but interesting nonetheless.

Additionally, according to various studies and reports:

CEOs and corporate execs are the face of their brands. Richard Branson (4.6M followers), Arianna Huffington (1.52M followers), Elon Musk (638K followers) are all great examples of CEOs who have built their businesses from the power and influence of their social presence. Social media helped project their ideas and their products to a community of millions. Fans on social listen. They engage. They share. They communicate. No expensive ad campaign or clever marketing message will do that.

The Benefits of a Socially-Strong CEO

According to a survey by BRANDfog, they've uncovered some of the primary benefits to why CEOs should get social:

Additionally, CEOs who participate on social media are able to build better connections and a stronger network. These connections can turn into customers, partners, or employees down the line.

Better Connections Made From CEO Participation in Social Networks

There's lots of up-side to social media. Better communication, better branding, more customers, more transparency. Maybe there are CEOs out there who don't want all that. I'll assume most want it if it'll benefit their businesses.

Learn How to Be a Social CEO

Whether you're brand new to social or looking to spice up your game, HubSpot CEO Brian Halligan will be divulging his secrets to being a strong social leader in a special webinar: The Rise of the Social CEO. During the free webinar you'll learn:

You can register for the webinar here. You won't want to miss it.

Remember -- deciding not to invest more in social may not hurt you. But it will certainly help your competitors. Your choice.