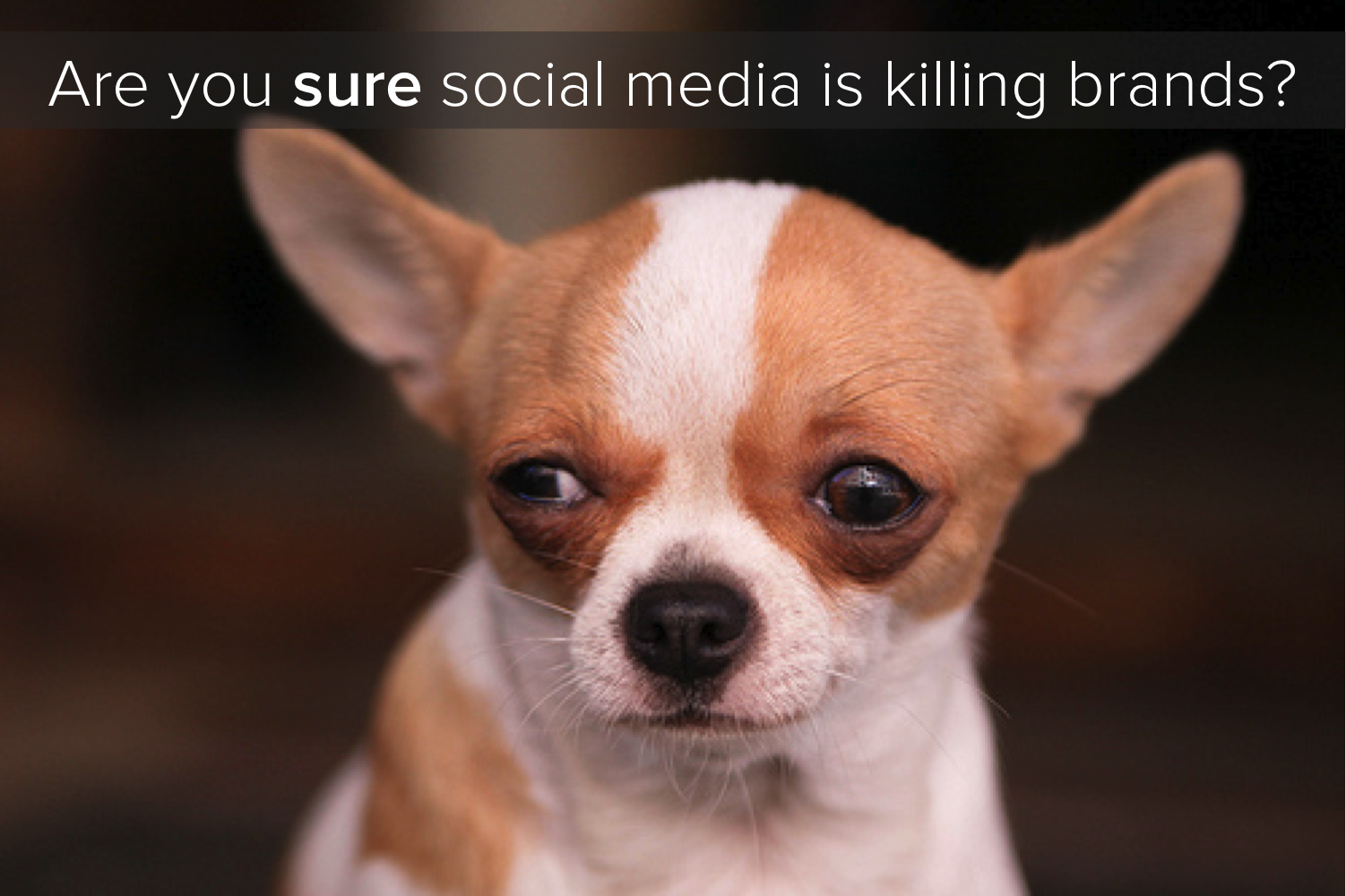 This past week, I heard something that I hope to never hear again in my life. I was at Content Marketing World, sitting in on a morning keynote, quietly sipping my coffee when I heard the keynote presenter, the "father of integrated marketing," say, "Social media is probably killing brands."

... was my first reaction. I was at a content marketing conference where an entire group of sessions was dedicated to social media. I've seen stats from the State of Inbound Marketing Report that prove that social media lead conversion rates are 13% higher than the average lead conversion rate. Needless to say, I was pretty confused, and also intrigued.

So let's break it down here to figure it out.

What the heck did you mean, Don E. Schultz? How can social media be "killing" brands while simultaneously driving more business than ever before? And if it's really spelling the end of brands, are we silly for having invested time, money, and resources in it?

According to the keynote presenter, the growth in social media usage is directly correlated with a decline in traditional media usage and declining brand preference scores. Basically, as more people use social media, the less they care about any particular brand.

And, this declining brand preference is because technology is creating "more noise," says Schultz. Because there is more information than ever online, you have more competition than ever. How can you ever capture someone else's interest and "persuade" them to buy your product if they are inundated with cat memes that their circle of friends is sending out? Or the article that their mom posted on their Facebook wall? According to Schultz, mass media used to be how brands were developed ... but now there is no real "mass media."

The problem is that people have used social as another mass media device -- when it isn't. The reason branding could have worked on mass media is because it was expected to appear there. People expected to see ads when reading newspapers and magazines. They expected it when watching TV. They expected it because mass media is a one-way conversation, so it was all about brands' power to interject themselves into the media people were consuming.

Now, people have the power -- and not just to block out interruptive messaging on traditional advertising channels. With the rise of social networks, they're more interested in conversing than being spoken at. And on social media -- a place where people foster these desired conversations -- people feel interrupted if you're just sending spammy mass messages. If you're not providing them with quality content that their mom, friend, or coworker could have sent them, you're just another brand in the crowd. Or worse, a brand annoying them in their personal space, where they don't expect to see brands interrupting them like they did with traditional mass media.

How to Actually Build a Brand on Social Media

Brands need to get back to their roots. Think like people, talk like people, interact with people like people ... and business will follow. Social networks aren't a scary thing that will destroy your brand -- when used in the right way, it can catapult your business to success.