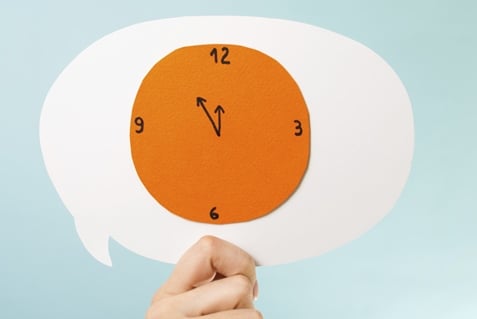 There's no shortage of advice in the blogosphere on how and where to spend your time on social media. How organizations are actually spending their time online, however, is a different story.

We recently surveyed over 9,000 small-to-medium-sized nonprofits in the United States and Canada to see how they use social media and to what end. Marketers and fundraisers alike will find the results fascinating and, at times, alarming.

Here are the full survey results:

Nonprofits no longer seem to be lagging behind on social media adoption, with a majority of responders stating that they find it to be valuable to their outreach efforts. The issue is really how social media actually impacts the mission directly and how to better measure its effectiveness.

Sharing news about the organization, the cause, and brand recognition are the top three goals of nonprofits' social media efforts. 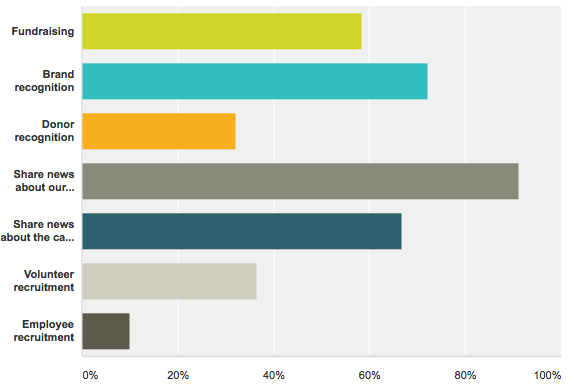 A diversity of goals suggests a diverse content type distributed via social media. The fact that nonprofits aren't simply spamming for donations is a good sign.

Facebook has almost universal adoption among nonprofits, likely due to its broad reach and low barriers to entry.

80% of nonprofits say Facebook is their primary focus for social media. 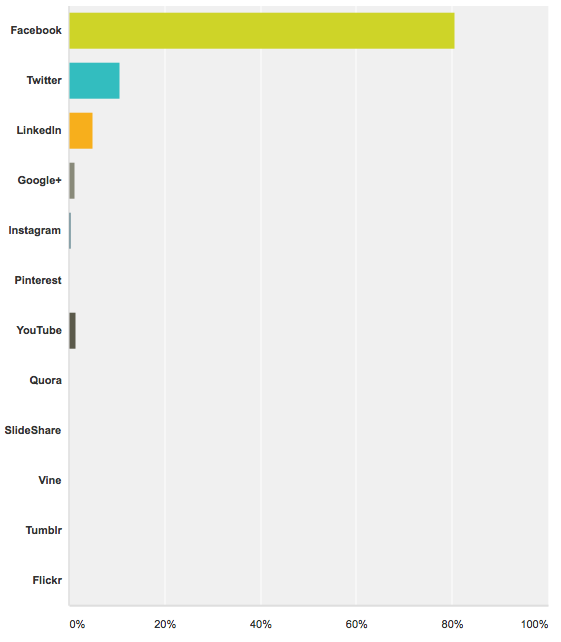 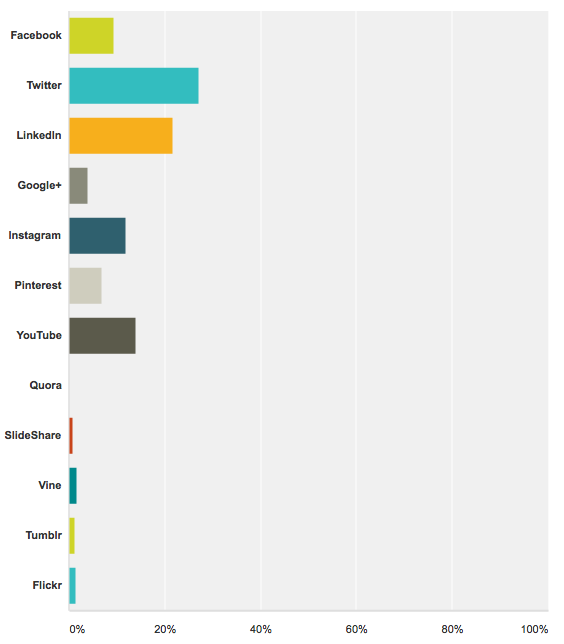 Considering it's already low adoption, this group may want to consider making Google+ a higher priority. Its SEO benefits have been widely reported, and the network represents an affordable means of video conferencing and video production in the form of Google Hangouts.

38% of nonprofits spend between 1-2 hours a week on social media. 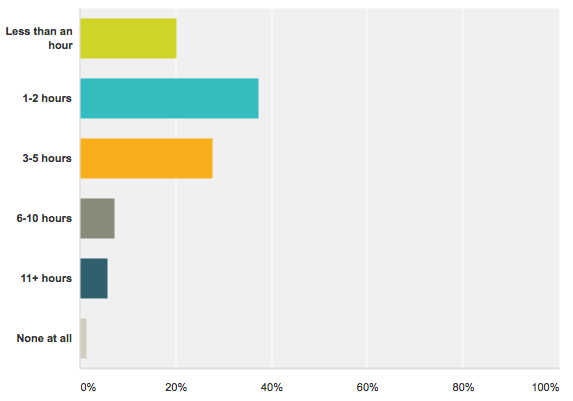 By comparison, VerticalResponse found in late 2012 that 43% of small businesses spend at least 6 hours per week on social media.

44% of nonprofits have only one person monitoring its social media.

While it's okay to have one person dedicated to social media, you have to keep in mind that that one person can only do so much. Keep your social media channels to a minimum, between one and three is ideal. Make sure to ask which channels your constituents are on and engage them appropriately.

53% of nonprofits are not measuring their social media.

Almost half of nonprofits are measuring the outcomes of their activities on social media. Michael A. Stelzner reported last year that only about one in four for-profit marketers (26%) agreed that they are able to measure their social activities. Perhaps ROI is easier to track in the nonprofit world?

81% of nonprofits are not tracking the social media accounts of donors and volunteers in their database. 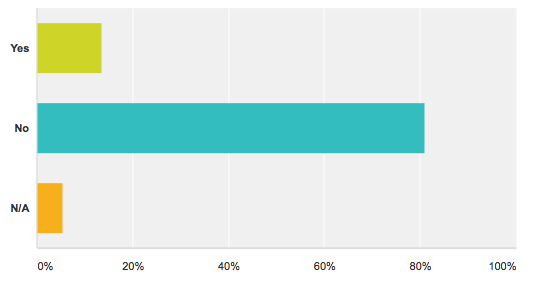 Many nonprofit CRMs are not equipped with this functionality, but it's still a good idea to list "social media" as a communications preference -- especially for millennial donors. Acknowledging gifts or volunteerism online can be highly effective.

67% of nonprofits have no social media strategy, policies or goals documented.

These are perhaps the most troubling statistics found within the survey results. Operating without a plan can spell disaster, and nonprofits can't afford any wasted time or effort.

How is your nonprofit organization using social media? Let us know in the comments below!