It's Happening: Corporate Media Is Getting Better than Mainstream Media

Talk about when it rains it pours. I just finished publishing an article about Google's amazing Reunion video and up pops this incredible package from Microsoft's media team, called "Digital Detectives." It's an article about the Digital Crimes Unit at Microsoft, and a new Cybercrime Center that Microsoft has created. It's a great article, and the stuff they're doing is straight out of one of thos CSI crime shows on TV, but what really struck me is the packaging and the presentation of the story. The whole thing has to be seen to be believed, and it's way beyond almost everything that the mainstream media is doing.

I can't do it justice here. You just have to click through and see it for yourself. The layout takes up the full browser window. There are slides. There are videos. There are charts and graphics, and a huge pull-quote. There are huge, full-page, high-impact photos, beautifully done.

Last week I was on a panel at Contently's Brand Publishing Summit with Steve Clayton, Microsoft's "chief storyteller," whose team put this together. Clayton talked a bit about "Snow Fall," a multimedia package that the New York Times produced in 2012 and which inspired a lot of people, including Clayton and his team. (If you haven't seen "Snow Fall," you really need to click on the link and check it out. A team of people at the Times spent six months just doing the reporting for the story.)

"Digital Detectives" isn't as elaborate as Snow Fall, but it definitely pays homage to that project. And it's another example of the richer storytelling that can be done on the internet. Clayton says it took a month to put the package together, with the combined efforts of a writer, producer, two developers, an editor, a photographer. Some of his team's other big projects have taken two months to produce. 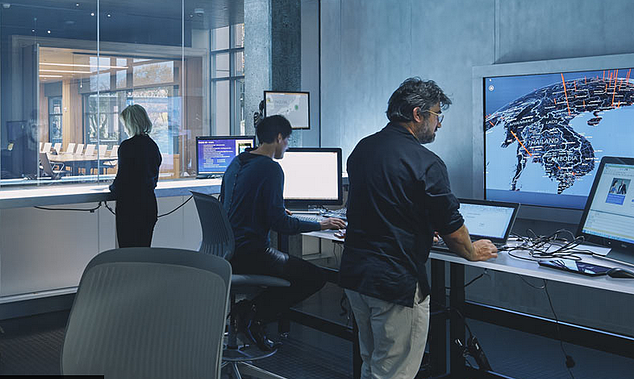 This is the kind of thing that a lot of us in the media business have been envisioning since the dawn of the internet. It was easy to see the promise and potential that the internet created for telling stories using a mix of video, graphics, photos, and text.

The problem is that just as these incredible tools were being created, media companies started falling apart. They were running out of money, because of the harsh economics of online publishing and the destruction of print advertising.

Talk about irony. The internet gave us these amazing tools, but also wrecked our business so we coudn't afford to use them.

It takes time and resources to explore new tools and to experiment with new kinds of storytelling. The New York Times has an R&D lab. But most media companies are just fighting for survival. They're filled with people who are wondering if they'll get hit by the next round of layoffs.

The blogs that have grown up and replaced mainstream media outlets are mostly run on shoestring budgets and still can't turn a profit, so they can't afford any big experimentation either. Even the best of these sites are pretty ugly and primitive.

Moreover, most media companies aren't very savvy when it comes to technology.

To be sure, some are experimenting. This page from the Alaska Media Lab shows some examples of visual storytelling from the New York Times, The Guardian, Seattle Times, and a few others.

But as those guys wade into this new world, so are companies like Microsoft and Google. And GE, which is doing incredibly innovative work with new media. Those companies have two big things that media companies do not -- lots of tech savvy, and lots of money. 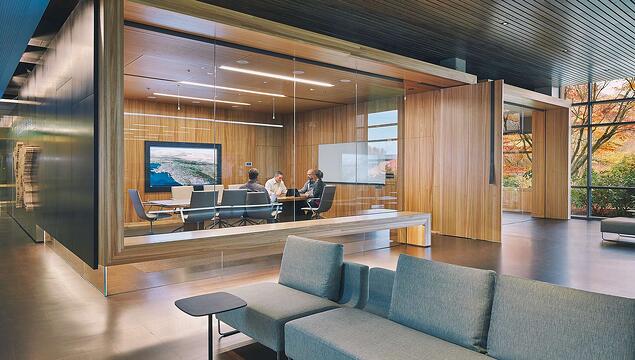 Another advantage companies have is that they're sitting on great material. My friend Tomas Kellner is the managing editor of GE Reports, and spends his time zipping around the world writing about incredibly brilliant scientists who are tackling enormously challenging projects.

The group profiled in Microsoft's "Digital Detectives" includes a guy who used to work in the U.S. Attorney's office in Miami and a former Canadian Mountie. They're matching wits with Mexican drug cartels and the Russian mafia. They work alongside the FBI and Interpol. They even have a forensics lab.

Why not take this story to the New York Times or Fortune magazine? That's what a PR operation would have done in the old days. Not so much anymore.

Last week, at the Brand Publishing Summit, Clayton told a story about this. In the course of his travels at Microsoft he met a guy who runs Microsoft's facilities, who had done some amazing things in the area of building automation or so-called "smart buildings."

Microsoft PR took the story to two big publications. Both passed. So Clayton's team did the story themselves. They created a multimedia package called "88 Acres: How Microsoft Quietly Built the City of the Future."

The story was written by Jennifer Warnick, who also wrote "Digital Detectives." She's a former newspaper reporter who now works as a storyteller at Microsoft.

I hate to say this, but the "88 Acres" package turned out looking far better than anything that a mainstream business magazine or newspaper would have done. The story drew more than 500,000 views, and even generated business. As soon as it ran, Microsoft got calls from a bunch of big companies wanting to bring in Microsoft to smarten up their facilities and make them like Microsoft's.

Great storytelling, and it makes you money. What's not to love? And by the way, if brands can do this themselves, why do they need the mainstream media? Maybe they don't. As a friend of mine, who's also a former executive at Microsoft who was known as a bit of a provocateur, puts it: "Every company is a media company today ... except media companies."