Digital Distress: Quants Are Taking Over, and People Are Freaking Out 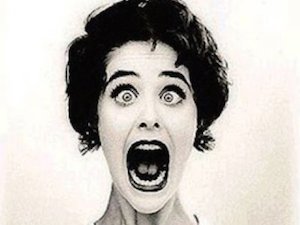 I’m new to marketing, and still learning a lot. One thing I’ve learned just this week is that if I’d spent my whole career in this field, I’d be terrified right now. Because I don't think there's any job in the world that is changing so much, so radically, in such short time. And the truth, which nobody dares to say, is that a huge number of people who work in marketing are totally screwed.

I’m attending Adobe’s annual Summit conference for digital marketers. Here’s what they’re saying: Marketing is quickly becoming a field that is all about technology, and data, and science. If you want to stay in this field, you need to completely "reinvent" yourself.

A lot of those people must be scared to death. Especially when they hear the statistics that Adobe presented from a survey of 1,000 marketers in North America.

Adobe claims that 60% of marketers expect their role to change in the next year, and 40% believe they need to reinvent themselves, but only 14% actually know how to do it.

“It’s becoming harder than ever to be a digital marketer,” John Mellor, VP of strategy and business development at Adobe, told the crowd this morning. “The world around us is becoming increasingly complex. We personally are uncertain about what that means to us in our personal careers, and what it means to our organizations.”

If you’re a veteran marketer, you must constantly feel as if you’re falling behind. You must have nightmares, and not the kind where you’re going to school in your underwear but the really scary ones where you’re jumping out of an airplane and realizing, just as you leap, that you forgot to pack your parachute.

The situation is so dire that Adobe has even coined a term to describe what marketers are feeling: “digital distress.”

Of course Adobe hosts this conference to tout its Adobe Marketing Cloud software and related services. Sowing fear is part of the sales pitch. It’s a bit like a company that sells anti-virus software scaring people about all those big, bad viruses out there that could wipe out your hard drive and/or wire all of your bank account information to hackers in Eastern Europe.

Nevertheless, there’s truth to what Adobe is saying. Is there any field that’s changing as rapidly and completely as marketing is right now? I can’t think of one. Law? Medicine? Engineering? The tools are changing, but in those fields the practice remains largely the same. In journalism, which is where I’ve spent my career, things are changing pretty dramatically too, but again the practice of being a journalist remains largely the same.

Not so with marketing. Marketing is undergoing an existential change. The very nature of "marketing" is being transformed. It’s not just new tools. It’s an entirely new practice, requiring an entirely new skill set, or an entirely new practitioner. That’s the scary part. That's also partly why HubSpot was created. Way back in 2006, our co-founders, Brian Halligan and Dharmesh Shah, recognized that the world of marketing was changing, and saw an opportunity to build a business around equipping marketers to adapt to the change.

Worse, in five or 10 years, marketing will have changed again perhaps as radically as it has over the past 10 years.

I’m reminded of the famous anecdote about Mel Karmazin, then the head of Viacom, meeting with Google’s co-founders, Larry Page and Sergey Brin, back in the early days of Google. Karmazin was an old-school advertising guy. He had thrived in a world where people paid huge amounts of money for ad spots without knowing whether those ads actually worked. Not surprisingly, Karmazin was horrified by the way Google wanted to automate the business of buying and selling advertising. His famous line to the Google guys was: “You’re fucking with the magic!”

Now that’s happening to marketing. The quants are fucking with the magic. Sure, the quants pay lip service to the importance of “creatives,” but do you really believe it? Have you ever met a math major, or engineer, or MBA, who truly respected writers and designers? Or considered them to be truly equal peers?

The whole point of marketing automation was to turn marketing into something that could be measured, and something where engineers and math majors could be in charge. That war is over. The quants won.

Mellor from Adobe presented this shift and the uncertainty hovering over the field as a good thing, something that everyone welcomes. “I think we like the fact that the industry is changing, and that there is no playbook,” he said.

Sure we do. Because there’s nothing people love more than having their entire world tipped upside down and inside out, right? Who doesn’t relish uncertainty, and chaos, and ominous warnings about needing to “reinvent” yourself? For that matter, what does "reinvention" even mean? I'll tell you what it means. It means you can either learn an entirely new set of skills -- and one that involves lots of math, no less -- or you're going to get replaced by a bunch of kids who know how to crunch numbers.

Yup, if I were a 40-something or 50-something marketing person, I’d be just thrilled by all this.

Nevertheless, this is reality. There's no sense complaining about it. Better yet, the shift also represents an opportunity. Adobe does an annual survey of 6,000 customers to see how well they are performing. Turns out the ones that really dive head-on into digital marketing are kicking butt, and not by a little.

Adobe compared the performance of the top 20% of companies – the “best of the best,” Adobe calls them – to the average, and found an enormous disparity.

Why are they better? Oddly enough it’s not the tools they use, because in the case of Adobe’s survey they’re all using the same tools, more or less. Rather, what Adobe found is that the key differentiators are how people use those tools, and who those people are, and how well the digital marketing operation has been integrated into all parts of the business.

Mellor's spiel was torn straight out of the old-school sales playbook: First you induce the pain, then you sell the aspirin. The aspirin, in this case, is software. And the willingness, and ability, to learn and adapt.

Change is the only constant, as the old cliche goes. Nowhere is that more true right now than in marketing. Is that scary -- or exciting? Maybe a little bit of both.