What's a Sales Coach, and Why Do You Need One? 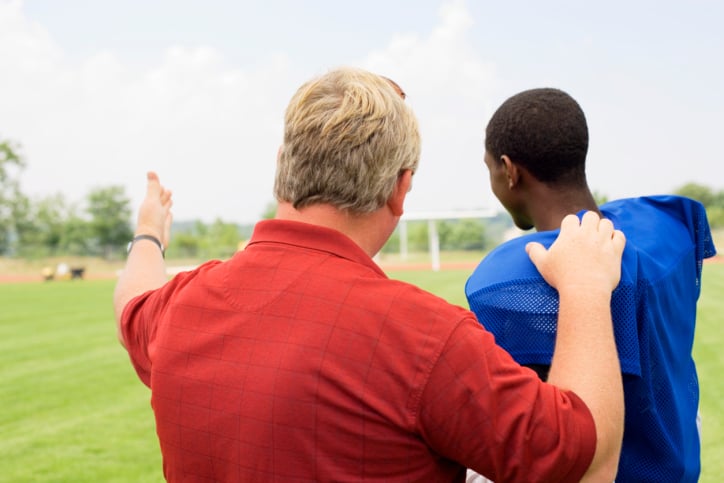 Pete Caputa was running a small software company, and like a lot of entrepreneurs, he was struggling. Caputa didn’t have a lot of experience in sales. In the previous year, he had generated only $30,000. So Caputa did something athletes do when they’re in a slump. He hired a coach -- a "sales coach," who could teach him how to sell. The coach charged a lot of money for a struggling startup: $1,000 a month for 12 months. But the investment paid off. Within six months, Caputa booked $100,000 in sales.

Caputa later joined HubSpot, where he’s now a VP of sales and a passionate believer in the value of sales coaching. “I believe that all salespeople should hire an external sales coach,” he says. “A strong external sales coach will help you close deals in the short term, gain skills for the long term and overcome weaknesses that might be holding you back from being a rock star. They’ll give you guidance as well as tough love.”

Sales managers sometimes play the role of coach for newer reps. But often that doesn’t happen. If that’s the case, you might want to hire a sales coach. Especially since some research shows that three out of four salespeople are not effective at the jobs, mostly because they've had no formal training or education in how to sell.

Coaching is different from sales training. Training takes place in a classroom setting, where a group of salespeople receive instruction. Coaching is a one-on-one relationship, and takes place over the course of months.

A coach might help a sales rep prepare for a big call, and even roleplay the call to anticipate the directions it might take. Afterward, the coach may review the call with the sales rep to find ways he or she could have done better.

“Along the way, about eight to 12 weeks in, they start to get it,” says Rick Roberge, the coach Caputa hired to help him. Roberge has trained dozens of HubSpot sales reps. His son, Mark Roberge, is a senior vice president of sales at HubSpot.

The elder Roberge is a veteran salesperson and sales trainer. Until 2011 he worked at Kurlan & Associates, a sales training consultancy. He retired in 2011 but has kept his hand in the game by coaching a handful of sales reps at any given time, including dozens of salespeople at HubSpot.

How Does Coaching Work?

When sales reps sign on, they get two or three calls a week with Roberge, but can talk to him anytime they want. “They get me as much as they want,” he says.

Roberge’s advice can cover everything from how to make a cold call to more sophisticated, nuanced and even psychological aspects of working in sales. At some level it sounds almost like psychotherapy, as sales reps are forced to confront their own hangups that might keep them from succeeding in sales. “Getting rid of the head trash,” is what Roberge calls it.

Roberge charges $9,000 for a three-month commitment. After that he charges $1,000 a month for the next three months. “But at the end of six months you have to go away,” he says. “I don’t want to be a crutch.”

At the same time, Roberge says, many of his clients stay in touch over the years, touching base occasionally for advice.

Sales coaching isn’t cheap, though proponents say that if you end up selling more, the cost of coaching will be a smart investment. Also, at HubSpot sales reps are able to get reimbursement from the company for some of their training, thanks to an education program offered by the company.

Every salesperson is different, and has unique strengths and weaknesses. But Roberge says that in general there are five main things that keep people from succeeding at sales. These were identified by Dave Kurlan and the Objective Management Group, and are a big part of the OMG assessment used by Kurlan, Roberge and many other sales coaches and trainers around the world. They are:

Need for approval. Do you need to be liked? Fear being disliked? You need to get over that. Sometimes you need to ask tough questions. The customer is your customer, not your pal.

Tendency to get emotionally involved. A prospect cancels an appointment. Does that rejection tip you upside down? You need to recover quickly. Then you can reschedule the appointment, or write off this prospect and move on.

Non-supportive buy cycle. When you’re the customer, do you shop around, compare prices, and take forever to make decisions? If so, you may empathize with your prospects who wish to do the same. No wonder your deals take so long to close, and so many of your prospects drift away!

Self-limiting beliefs. These are things you believe that will get in the way of your success – the “head trash,” that Roberge talks about. Negative thinking can lead you to talk yourself out of a deal that you could easily have won!

“The number-one attitude that will help a salesperson take total control of a relationship is if they can believe the person they’re talking to has nothing they want,” he says. “If you’re a prospect of mine, you have nothing I want.”

Caputa says he loved that about Roberge’s approach. “Rick has a strong framework for how he sells and how he coaches,” Caputa says. “Rick gets people to say yes or no, and he doesn’t care which one. Rick’s also not afraid to disqualify a prospect if he can’t help them. It’s a very empowering approach for a salesperson because it gives them control. It’s also ideal for a prospect because they’ll know where they stand and know whether or not the salesperson can help them or not. It’s honest and upfront. As a result, it’s simple.”

Caputa says: “Rick knows techniques, and certainly teaches sales skills, but what is great about Rick’s approach is that he just teaches salespeople to be real.”

The decision to hire Roberge as a coach has had huge return on investment for Caputa, far beyond being able to close more deals and make a bigger bonus. “I have had quite a few payoffs based on the coaching I received from Rick. First, my startup actually made money. We ultimately shut down the business because our business model wasn’t very well thought out. But, not before I tripled revenue. Second, I got a job at HubSpot.

"The work I did with Rick got me the job and also helped me to be successful here. Also, as I grew my career at HubSpot from salesperson to sales manager to sales director to sales VP, I’ve employed the stuff I’ve learned from Rick to coach my team members. I’ve also pointed a lot of my reps and our partners to Rick and he’s helped many of them directly.”

Another big Roberge fan is Jeetu Mahtani, managing director of HubSpot International. Mahtani worked with Roberge when he was making a transition from being a sales engineer to a role in inside sales. Mahtani worked with Roberge for two or three hours a week, talking about specific opportunities that Mahtani was pursuing. "This consistent sales coaching exercise enabled me to change my thinking and gradually overcome my weaknesses and all in all making my numbers exceed my targets," Mahtani says.

That said, Mahtani also believes that sales coaching isn't for everyone. "Like the 80-20 rule, typically 20% of sales people will slow down, learn, reflect, practice with courage, and adjust. These are the ones who over time make 80% of a company's number. It is hard work, a large investment of time, but the payback is significant," he says.

In Mahtani's case, that payback included going from being an inside sales rep to being the person who runs all of Europe and Asia Pacific for HubSpot.

Are you sold yet? If I worked in sales, I would be.

What's a Sales Coach, and Why Do You Need One?