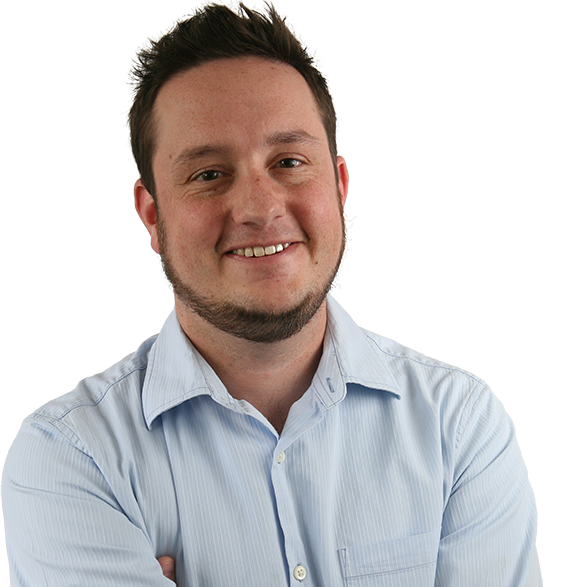 Any salesperson who’s experienced the switch from anxiety to jubilation when a target account finally signs on the dotted line knows how much can change in a moment. After all, progress rarely moves in a straight, steady line.

That’s why we didn’t expect to double our call contact and qualification rates for inbound web leads by changing just one aspect of our follow-up process: speed.

But that’s exactly what happened.

We pulled data on over 60,000 individual lead follow-up calls to answer the following question: How important is follow-up speed?

The numbers we ended up with told the story. Our findings resulted in our largest measurable improvement in sales follow-up success in over 15 years.

We started by examining historical data -- combing through those 60,000 calls. Here’s what we found.

The first unmistakable thing the data revealed was that calling contacts quickly gets more of them to pick up the phone -- a lot more, in fact.

On calls made within one minute, our contact rate was more than double what it was when we waited the industry average of 46 hours to follow up.

So far, things looked good for the “faster is better” school of thought. But we didn’t stop there. After all numbers have context. We wanted to make sure we weren’t looking at ours from too limited a perspective.

What if calling faster lead to more conversations, but fewer qualifications? What if something about rapid calls turned off would-be prospects? It seemed possible. So we took a look at the impact of follow-up timing on qualification. 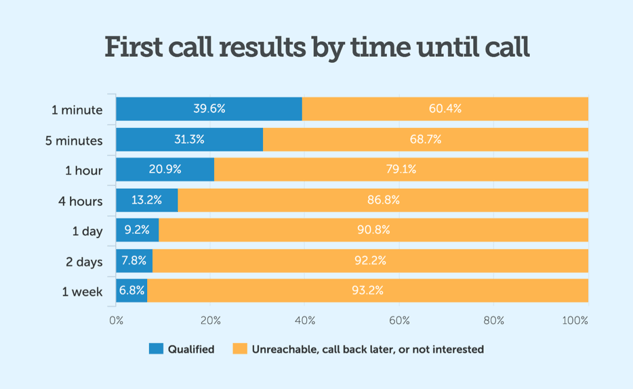 As profound an effect as follow-up speed had on contact rates, it had an even greater influence on qualification rates.

But putting off follow-up calls until the next day had the most dramatic effect. On calls made the day after the initial web conversion, we only qualified 25% as many contacts as we would have if we’d called immediately (9.2% vs 39.6%).

Calling prospects takes time. And as the chart below shows, delaying the initial call has a ripple effect -- the longer you wait to call, the more total effort it’ll take to qualify a lead. 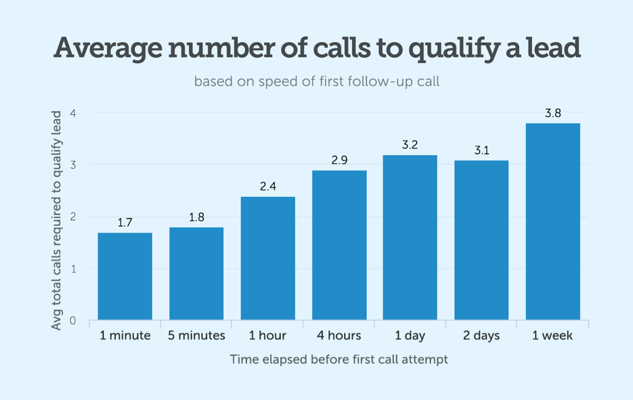 Still, we wanted to know if it was possible to close the gap in qualification rates over time by placing additional calls. (At our company, we call all prospects at least 10 times before we consider them unreachable). Here's what we found.

The numbers were clear: If you wait a day to call inbound leads, you will qualify 45% fewer prospects than if you’d reached out in the first five minutes.

When it comes to inbound lead follow-up, if you snooze, you lose. If you drop the ball, there are some leads you’ll just never get back. So what’s the takeaway for your sales team?

Putting the Data to Work

Not only are quick follow-ups effective, they're incredibly simple to put into practice.

Fast follow-up means more qualifications with fewer calls. That’s really all there is to it. Putting this information to work doesn’t require adopting a new sales playbook, retraining, or even making any financial investments.

We’d always jokingly called following up immediately “eat your vegetables” advice. We’d known all along that being quick was good for us, we just didn’t realize how good it was.

Now we’ve committed ourselves to fast follow-up. You should too.

We use a custom web app to notify the appropriate rep the moment a new lead comes in. But you could just as easily use an email alert, or use a free service like IFTTT to get lead notifications in pretty much any format you like.

To analyze our 60,000+ calls, we pulled the data from our phone server logs. But you won’t need 60,000 calls or server access to see the impact yourself. If you’re using a CRM system, you might already even have all the data you need. If not, tracking a few columns of data on a spreadsheet for a little while should give you what you require to spot the improvement in your contact and qualification rates.

But most importantly, remember, calling your contacts immediately is the rare sales optimization “gimme.” All you really need to do is give it a try. Just don’t wait too long!

For more analysis of web lead follow-up best practices, including data identifying the optimum number of follow-up attempts and the best days and times for calls, check out our full study at Find Accounting Software.

The Art of the Sales Follow-Up: 7 Ways to Keep the Conversation Going

14 Templates for Follow Up Emails After a Meeting, Conference, and More