Asking, Not Telling: How to Use Questions to Drive Sales 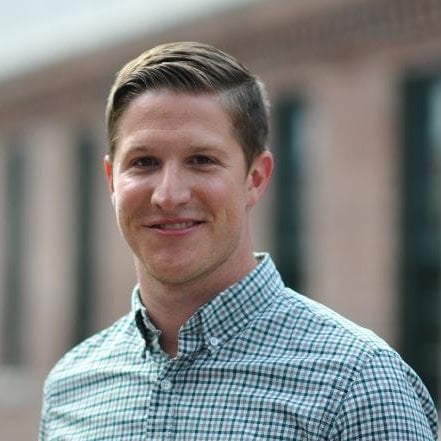 Does this situation sound familiar?

Your prospect seems like a perfect fit. You’ve run a thorough sales process. You even identified time-sensitive goals that your prospect confirmed your solution is vital to achieving. The decision maker has been involved the entire time and everything seems to be lining up.

As you move toward the closing call, your prospect repeatedly tells you things like, “This is definitely the way we want to take our business,” and “There’s no doubt that your product will help us get to our goals.”

But when you ask for the close, your prospect gives you a “think it over” objection: “I just need to wrap my head around this,” or, “I want to make sure I’ve got my ducks in a row.”

When you probe deeper and ask what they need to wrap their head around or which specific ducks they need to arrange, they can’t give you a concrete answer. They’re not budging, and it’s clear you’re not going to be able to get the contract signed today. You hang up the call frustrated because you think you conducted a nearly perfect sales process and your prospect still wouldn’t commit to buying.

You’re left asking yourself, “What did I miss?”

Recently, a few of these situations cropped up on my sales team. We dug into the deals to understand what went wrong. The deals varied in size, structure and organization type. But one common thread stuck out.

The sales rep -- not the prospect -- ended up driving the process and timing. All the plans they thought they’d nailed down were their idea, not the prospect’s. They assumed that since their prospects hadn’t raised objections to their proposed solution, they had bought in to the suggested plan. When assumptions turned out to be false, deals they thought were sure things didn’t come through.

It’s a sales mistake that’s easy to make. So how can reps avoid it?

As salespeople, we can make suggestions for prospects until we’re blue in the face. But whether or not our prospect puts stock in our recommendations is a separate matter, especially considering that many are naturally skeptical and cautious. It’s much more effective to lead prospects to their own conclusions by leveraging a salesperson’s most powerful tool: asking.

Resist the temptation to jump in and present how you and your company can save the day when you hear your prospect mention a problem you can solve. More digging needs to be done to get full buy-in and ensure the prospect feels the action plan is coming from them rather than you.

What does this sound like in practice? Note the difference between these two imaginary sales conversations, and decide for yourself which one is likely to be more effective in moving the prospect toward a close.

Prospect: We’re behind on our revenue numbers.

Prospect: We don’t have the number of sales opportunities we need.

Rep: Interesting. I think we can help with that. Let me tell you about our services ...

Prospect: We’re behind on our revenue numbers.

Prospect: We don’t have the number of sales opportunities we need.

Rep: Interesting. Why do you think that is?

Prospect: The sales team doesn’t have any warm leads to follow up with.

Rep: How far behind are you?

Prospect: We need to generate three new deals in the fourth quarter to hit our goal. Each would be worth an average of $500k.

Rep: Got it. What do you think needs to change?

Prospect: Well, I think we need to help the sales team by giving them more warm leads.

Rep: What are you going to need to do differently to get these leads?

Prospect: I’ve heard from colleagues that they create content for their site to capture leads. We’ve never done that before.

Rep: Can your marketing team execute on that strategy?

Prospect: I think so. They’ll definitely need help with getting it off the ground and I want to make sure they’ve got the right tools.

Rep: Of course. When do you need to have this strategy up and running in order to generate the leads you’ll need for the fourth quarter?

Prospect: We need the leads as soon as we can get them.

Rep: Sounds good. So to recap, you need to generate more opportunities for your sales team so that you can close three deals in the fourth quarter. That’s equal to about $1.5 million in revenue, and that would put you back on track. You’re thinking the key to that is content creation and your marketing team may need some guidance to start. How soon do you want to start working on this?

Prospect: In about two weeks.

Prospect: I’ve got a board meeting during the first week of next month and need to discuss what steps I’ve taken to course correct.

Rep: Great. Let’s talk specifics about how we might be able to help.

It shouldn’t surprise you that Scenario 2 is the far better conversation. In the first conversation, the rep heard a problem and instantly jumped in to solve it. In the second, the rep heard the same issue, but continued to probe and ask questions to help the prospect identify a solution on his own instead of pushing him toward it.

You can drag a prospect through a sales process without even realizing it. Salespeople are experts in their product, so it’s easy to get caught up in solving a problem without fully diagnosing it first.

The takeaway? Use questions to guide your prospects toward a solution and make them think about their problem. Not only will they feel more ownership over the process, asking them questions forces them to critically examine their pain. Either they’ll realize they need to change now, or it’ll become apparent that the pain isn’t all that serious. In either case, it’s important to know where the prospect stands before you go through an entire sales process, only to get stalled at the final step.

How to Use BANT to Qualify Prospects in 2020