The Nature and Necessity of Uncapped Commission 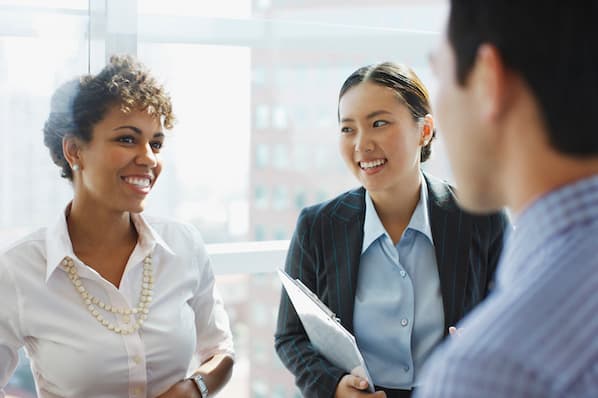 As a sales rep, you have to reconcile the fact that you're trying to make as much money as possible with the fact that you can only make a finite amount of sales in a given quarter. The sky isn't the limit — but however far the best of your abilities can take you is.

But in some cases, the money your company allows you to make stops short of your full potential. Some businesses impose a cap on commission — a strict limit on what you're allowed to earn. Generally, that's not the way to go.

Here, we'll learn about the benefits of uncapped commission, some insight into why some companies might not be interested in it, and the pitfalls of including the term in job listings.

What is uncapped commission?

Uncapped commission is a sales compensation strategy where a salesperson can earn as much commission as possible over a specific period.

A cap on commission might mean a cap on effort. That's why uncapped commission can be a powerful incentive for sales reps to exceed expectations. If a sales rep's commission is capped at $50,000 for $500,000 worth of sales in a quarter, what incentive do they have to try to go beyond that?

Many salespeople won't be receptive to a pat on the back, and a trophy that doesn't come with some sort of tangible incentive might not be enough to set your highest performing reps on the right track. A financial reward is often the most powerful motivator for reps — leaving commission uncapped can provide just that.

In many cases, uncapped commission is a given. Several — if not most — companies don't put a lid on how much an exceptional rep can earn for going above and beyond. Businesses should want the most out of their reps, and you won't get that by imposing hardline restrictions on compensation.

Why would a company want to cap commission?

It wants to avoid overpaying its reps.

That's probably the bluntest, most obvious answer to that question. Companies often want to look out for what they believe to be their most immediate financial interests. In many cases, they want to be able to present definitive budgets and save money. But that strategy often backfires.

A sales rep who closes a massive deal only to find out they're going to receive a fraction of the commission it warrants is going to be disappointed. They will be less interested in giving the necessary effort to bring in as much business as they can.

That loss of initiative often means less revenue from and lowered morale within a sales org, so it's fair to say that capping commission is often counterintuitive and unproductive.

Why You Should Avoid "Uncapped Commission" in Job Descriptions

Job seekers should be wary of any job description that touts uncapped commission as a major selling point. In a lot of cases, that could very well be a big-time red flag. Uncapped commission is often an implied benefit for most sales positions — it's almost always a given.

Advertising uncapped commission is like bragging about providing salespeople with a company computer and an office with Wifi access. Sure, it's important to have, and a sales role would be tougher without it, but it doesn't look particularly impressive to prospective candidates.

For businesses in the hiring process, putting "uncapped commission" on your job listing can make you look cheap and spammy. It might lead candidates to believe they'll be underpaid — that you're unwilling to state what a sales rep at your company can actually expect to earn.

Instead, your job descriptions should be straightforward and honest. Detail factors like the types of insurance your company can provide, the amount of PTO candidates can expect to see, other financial incentives like tuition reimbursements and commuter benefits, and any other meaningful incentives that you feel your potential hires should know about.

Capping commission can mean putting a lid on sales reps' effort. In most cases, salespeople will be less inclined to pursue that extra deal or push themselves that much further if they know they won't be appropriately paid for it. If you're a sales leader interested in getting the most out of your reps, it's in your best interest to leave commission uncapped.

Uncapped commission generally means uncapped effort. If you want that kind of commitment out of your team, don't restrict that element of their compensation.

The Ultimate Guide to Sales Compensation

On-Target Earnings: What They Are & How to Determine Them