Have you recently looked down at your desk in horror to see that your Tupperware of home-cooked leftovers has somehow metamorphosed into a Chipotle bowl (with guac)? If so, hold onto your coins, because you might be a victim of a pesky little predator called lifestyle creep. 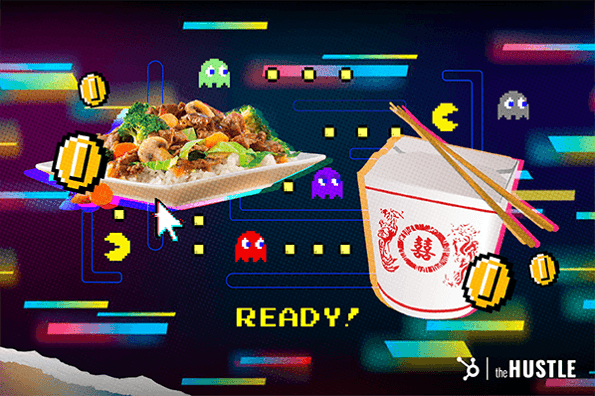 The personal finance phenomenon is scary because of its subtleness: You might not realize it’s happening until it’s too late.

If you recently landed a new job, got a raise, or paid off some debt, but still find yourself wondering why your savings account has flatlined, read on for ways to identify, control, and stop lifestyle creep.

What is lifestyle creep?

Lifestyle creep, an increasingly discussed term that has garnered 26.4m views on TikTok, is the habit of spending more money as you earn more — commonly in tandem with raises or promotions.

Each time you adjust to a bigger paycheck, you’re also adjusting to the inflated lifestyle that can come with it, making it hard to reverse course and ultimately accumulate savings.

While you could stay in your studio apartment regardless of how much more money you make, you likely won’t — you make just enough now to rent that one-bedroom apartment in the doorman building with the sick view.

“As you hit each life stage, things get more expensive,” says Thomas Kopelman, co-founder and financial planner at AllStreet Wealth. “You go from renting, to buying a house, to having kids, and all of those lifestyle changes bring small expense changes. It’s gradual and hard to see.”

Do you deserve that swanky pad? Absolutely. But it’s important to remember that each time you inflate your spending, even when it happens alongside increased earnings, you’re chipping away at the surplus that would otherwise go into investments, savings, and emergency funds.

And when a pipe bursts and floods that new apartment, you’re going to wish you had the cash sitting in your bank account.

How to avoid lifestyle creep

The simplest way to avoid lifestyle creep is to keep your spending steady, even as your income increases, though that’s easier said than done. And there is a fine balance between enjoying the life you’ve worked hard for and overspending — you just need to make sure your spending doesn’t outrun your earning.

There are some simple personal finance practices you can implement that will make that goal a little easier to achieve.

To ensure you’re still enjoying the fruits of your labor, Kopelman suggests prioritizing your expenses. First, start with the nonnegotiables (groceries, gas, utilities, rent, etc.), and then work your way down to identify what can be cut.

“When you sort your expenses based on how much you value them, you can identify what would significantly alter your life if you were to cut it,” he explains. “If you love golfing once a week, that could be a key part of enjoying your life and it might make you feel like you’re giving up a lot if you cut it.”

When you’re left with your prioritized list, start cutting from the bottom. If the weekly golf outing with friends stays, the pricey weeknight takeout deliveries might go.

Kopelman also suggests trading in a restrictive monthly budget for a concept he calls “reverse budgeting.”

Should you find yourself decreasing the automated amount of savings each month, that’s a clear sign that lifestyle creep might be afflicting your finances.

And don’t just look at the total amount in your savings account. In addition to keeping track of how much you’re saving each month, monitor your cash flow.

“All of a sudden [a person will] be down a thousand dollars and wonder where it went, but it comes too late. The later you notice it, the more accustomed you’ve already become to that lifestyle,” Kopelman says.

He advises his clients to use budgeting software to assist them, though he warns that no software can track your finances without you putting at least a small amount of work in.

John Liang, a personal finance influencer with 2m followers on TikTok, says that paying attention to the overall culture of consumerism and how it influences your spending can also help fight against lifestyle creep.

“We’re a society that consumes; we were brought up to consume,” he says. “Do I really need the new iPhone every year? No, but that’s the way we’ve been conditioned.”

Liang urges against trying to keep up with the Joneses, and says to instead focus only on personal finances that will build security for your future and what you can truly afford in the present.

The scariest and most menacing effect of lifestyle creep, when left unattended, is debt. As it stands, 77% of American households report having some type of debt, and the average adult holds $58k of individual debt.

Kopelman says that credit cards often open up slippery slopes, particularly when it comes to lifestyle creep. By overspending on a credit card each month, and promising yourself it can be paid off in the next billing cycle, you create a pattern that ultimately leads to credit card debt (with the average credit card interest rate at a whopping 19.2%).

Another effect, according to Liang, is the inability to protect yourself financially in emergency situations.

“Lifestyle can very easily get away from you, and then if you end up in a situation where you lose your job or your house is getting foreclosed, you’re overstretched and have no plan B,” he says.

In the end, lifestyle creep only spells bad news. It can lead to underinvesting, which weakens your chances of a stable retirement, and undersaving, which can have immediate impacts in case of an emergency.

Kopelman has a specific warning call for millennial and Gen Z professionals: “The younger you are, the less likely you are to budget. But the habits you create when you’re young are hard to get out of.”