The Bulma CSS Framework: What It Is and How To Get Started

It’s hard to fully appreciate everything that goes into a website until you try to build one yourself. In this post, you'll discover Bulma, a relatively new player in the CSS framework space. 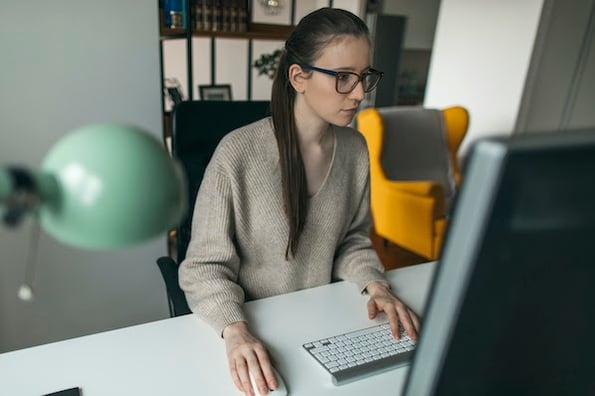 From hosting to content to design to security, building and maintaining an online presence can be both incredibly rewarding and demanding. So, when something comes along that lightens the load, you can be sure the web development community will be eager to try it. Such is the case with CSS frameworks.

A CSS framework is a set of tools that make it easier to write CSS code. We’ll explore what makes Bulma a unique framework, why you might want to try it out, and how to get started with some of its basic elements.

Why Use Bulma CSS

How to use Bulma CSS

How to write Bulma CSS

Let Frameworks Do The Work

What is Bulma CSS?

Bulma is a free class-based framework for CSS. It allows developers to implement CSS on web pages more efficiently than plain CSS. First released in 2016, Bulma has gained traction among front-end developers, enough to compete with other well-known CSS frameworks like Bootstrap.

Bulma is built on Flexbox, a CSS layout model that automatically adjusts the width of a page element based on the width of its container. Flexbox requires developers to write both HTML and CSS to create elements that adhere to this model. With Bulma, Flexbox behavior and most other things can be handled with HTML classes.

Bulma CSS is also open-source — you can view its source code in Bulma’s GitHub repository — which lets developers create new functions within the framework.

Why Use Bulma CSS?

If you’ve recently picked up CSS as a language, it might seem excessive to learn a framework like Bulma on top of it. But, while CSS frameworks aren’t necessary to build a website, they can alleviate many of the challenges associated with CSS.

If you want to build a website from scratch, here are some reasons why Bulma is your friend:

These benefits have earned Bulma a strong reputation. And, with some practice, you can produce some impressive results — check out Bulma’s showcase to get a sense of what’s possible, and use your browser's inspect element tool to see how these sites are made.

Bootstrap has been around since 2011, and has a larger user base and support community as a result. This means that you’re more likely to find solutions to advanced problems with Bootstrap than with Bulma. However, Bulma’s documentation is detailed and straightforward, and its developer community is growing.

There’s also more elements in Boostrap’s library overall, and more options for styling and implementation. You can do a lot within Bulma’s framework, but it’s worth looking into Bootstrap’s components to get a better sense of its different offerings. It should also be noted that Bulma lacks the accessibility capabilities that Bootstrap offers, but Bulma updates often and may improve accessibility in future releases.

Another important difference between the two is that Bootstrap incorporates JavaScript, a scripting language for creating dynamic website content, while Bulma does not. JavaScript can be intimidating for new web developers. If you’re not ready to take on a new language, Bulma might be a friendlier step into CSS frameworks. While you don’t need to know JavaScript to use Bootstrap, some Bootstrap components like carousels and alerts require it.

How To Use Bulma CSS

Enough talk, let’s get coding. In this section, I’ll show you how to add Bulma to your website files, then review some of Bulma’s basic features.

How To Set Up Bulma

First, we need to get our HTML files ready to use the Bulma framework. Make sure that the following code is at the very top of all your HTML files:

Next, place the following <meta> tag in the <head> section of your HTML files to enable responsive elements:

Now that your HTML files are ready, you have a few ways to add Bulma functionality:

To install Bulma from the NPM library, execute the following command in the terminal:

Use the Bulma CSS CDN

Placing the following code in the <head> section of your HTML files also provides access to the Bulma CSS library:

This is the method I’ll be using for examples later on.

You can also download the necessary files directly from Bulma’s website. After download, open the package and reference the necessary Bulma files in your HTML files.

How to Write Bulma CSS

Bulma’s syntax is based on HTML classes. If you want to style a page element, just add one or more classes inside the element’s HTML tag. Let’s see this in action first with the button component.

To implement a Bulma button, add the button class to an HTML <a>, <button>, <input type="submit">, or <input type="reset"> element:

Bulma recognizes the button class and applies some basic styling to make it look nice. But, we can do better than that.

In addition to its basic element classes, Bulma has modifier classes that add alternative styles to elements. Modifier class names start with is- or has- followed by a style.

Let’s look at how modifiers can be used on a button, starting with the is-rounded class. This modifier class rounds the corners of our button:

Modifier classes also change the color and shading of the button:

To add more details, we can use some has- modifier classes to change the text and fill inside the buttons:

Finally, we can control button size with several modifier classes:

This is just the start of what you can do with buttons — see the Bulma button documentation for a full list of modifiers and more.

Let’s look at another cool element in the Bulma library, the progress bar. To place one, add the Bulma class progress to the <progress> HTML element:

Like buttons, you can add modifier classes to your progress bars too:

The final bar’s motion effect is created by excluding the value attribute from the tag.

Bulma comes with a set of form controls, elements for gathering user-submitted information. This includes elements for text input, a radio button, a checkbox, and a select dropdown menu:

We’ll finish with an intro to the Bulma columns class, which lets you create columns that resize based on container width and the number of columns on the page.

Columns are a integral part of website formatting, yet one of the hardest to format, especially in a way that adjusts to different window sizes. Bulma does all this work for us if we attach the columns class to a parent div and the column class to each child div.

To set different column widths, try adding one of Bulma’s column width modifiers to one or more of the child column elements — the other columns will adjust their widths automatically.

Again, there’s a lot more you can do with columns in Bulma CSS — this is just the basics. See the columns documentation for all the possibilities.

Let Frameworks Do the Work

Learning a CSS framework on top of your existing CSS knowledge might seem like extra work in the short term. However, the more time you spend learning and practicing front-end development, the more you’ll come to appreciate the benefits of tools like Bulma.

Bulma isn’t the best CSS framework for everyone, so it’s best to evaluate other options like the aforementioned Bootstrap CSS to see which one feels more natural to your style. Whichever framework you choose, I’ll bet you it’s better than wasting hours trying to design your dream website without one.