Get the Free Intro to CSS Guide

Web development processes have been evolving since the dawn of the internet: developers have released responsive layout models to make creating and maintaining web pages easier. Along with Bootstrap, the biggest rivalry among supported layout models is CSS Grid vs. Flexbox. 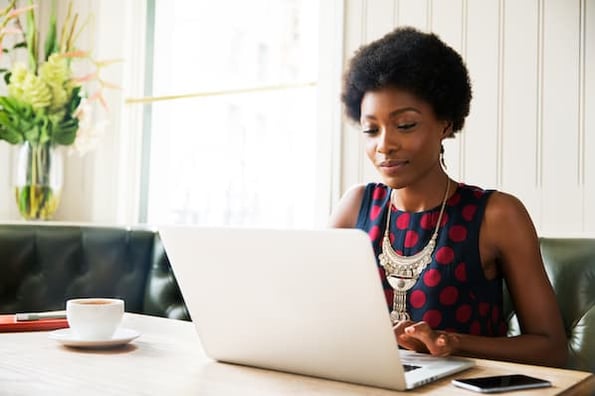 All webpages require at least a few headings, paragraphs, images, and other navigation properties. If it’s your page, you also want to organize and display these elements effectively and ensure they look good on any screen, from desktops to mobile devices and all the options in between.

Previously, site owners had to “hack” their CSS, using table elements, in-line blocks, floats, and different positioning types. Creating complex layouts required JavaScript as well. These techniques were somewhat effective but missing key functionality, like vertical centering, which made it inconsistent across browsers. They also made the code of a site much more difficult to maintain.

Let’s compare some of the best-supported layout models.

CSS Grid and Flexbox are layout models that share similarities and can even be used together. The main difference is that you can use CSS Grid to create two-dimensional layouts. In contrast, you can only use Flexbox to create one-dimensional layouts. That means you can place components along the X- and Y-axis in CSS Grid and only one axis in Flexbox.

Let’s walk through each model below starting with CSS Grid.

With CSS Grid, you can align components into columns and rows. This feature makes it ideal for larger layouts that must be divided into sections. In other words, this type of layout will have elements that need to overlap and layer rather than being linear.

Below is a helpful illustration (by developer Ayush Gupta) of a possible layout with CSS Grid.

With Flexbox, you can lay out and align elements in a container even if you don’t know the size of those elements or if the size might change. That’s because a flex container is, well, flexible: it expands the flex elements to fill space when it’s available and shrinks them to prevent overflow when it’s not.

With Flexbox, you can also create multi-line flex containers. You simply have to apply the flex-wrap property with a value of “wrap” to your container. That way, if your items are too large to all display in one line on a particular viewport, they will wrap onto another line rather than shrink to fit in one row.

This creates rows and columns in a sense. But how wrapped flex items line up on a row is independent of how they lined up on the previous row. That’s because you can’t control where flex elements end up like you can in CSS Grid; flex elements simply inch along a single axis and then wrap accordingly. The layout will look more like bricks than a grid as a result.

It’s important to understand that Bootstrap 4’s grid system is built with Flexbox. What sets Bootstrap apart from using Flexbox alone is the process of writing code. With Bootstrap, you can create a grid using only HTML. With Flexbox, you must use HTML and CSS. Let’s take a closer look at each process below.

Bootstrap offers a twelve-column system with five default responsive tiers, Sass variables and mixins, and dozens of predefined classes. That means you can use its mobile-first flexbox grid to build unique and complex layouts without having to build them from scratch — it also means you need to understand its unique syntax.

Let’s start with Bootstrap’s column system. Bootstrap has a twelve-column system, which means there can be up to twelve grid columns on a single horizontal block. You can have more than twelve, they’ll just start to wrap rather than show up on a single axis, regardless of the viewport.

Most site owners won’t need anywhere close to twelve columns. In that case, you just need your columns to add up to twelve so they display on a single horizontal block. That means if I want to create two columns, in which one is half the size of the other, I’d use the classes .col-4 and .col-8.

Let’s say I want to create six equal-width columns that stack on top of each other on mobile phones or screens that are less than 576px wide. To do so, I’d use the .col-sm-2 class.

Now we’ll walk through an example of building a grid in Flexbox so you can compare both processes.

Let’s say I want to create a flexbox grid with six columns, like the one above. In the body section, I’d simply create six <div> elements and wrap them in a <div> element with the .flex-container class. Here’s the HTML code:

Using the CSS selector .flex-container, I’d make the container flexible by setting the display property to flex. I can then specify the height of the container as well as the background color, as shown below.

To style the flex items within the container, I’d use the selector .flex-container > div. I can then set the background color, width, margin, and font size of each item. I can also use the text-align property to set the alignment of the font within each item and the line-height property to set how far from the top of the flex container the font will be displayed.

If I want the flex items to fill up the entire container, no matter how the viewport changes size, I can simply add the flex-basis property in my CSS. Let’s set it to 1 1 150px so that the items grow and shrink from a flex-basis of 150 pixels. Here’s the new CSS:

If deciding between these two layout models, ask yourself whether you have your layout structure nailed down or the content. If you’re layout-first, meaning you want to create the layout and then place items into it, then you’ll be better off with CSS Grid. But if you’re content-first, meaning you have items that you want to place into a container and space out evenly, go with Bootstrap. Since Bootstrap is built with Flexbox, you can apply this reasoning to CSS Grid vs. Flexbox as well.

Let’s look at the code of specific examples of grids that can be built with CSS Grid and Bootstrap respectively.

Creating a grid container is simple. You just have to apply the display property to an element and set the value to grid or inline-grid. Styling it is where it gets tricky.

Now let’s say I want to create three equal-width column tracks. You can use the grid-template-columns and grid-template-rows properties to define the rows and columns on your grid and their size (or you can just define one). I can use any length unit, but I’ll use the fr unit. The fr unit represents a fraction of the available space in the grid container rather than a set amount and ensures that grid tracks grow and shrink according to the available space. The CSS for my example would now look like this:

Let’s say I want to make another row with three columns that take up half of the viewport on mobile and a third on desktop.

Altogether, this is the result:

Flexbox, CSS Grid, and Bootstrap are responsive layout models that enable you to create responsive and unique layouts that work across many different browsers and devices. No matter which model you choose, you’ll need some familiarity with HTML and CSS. The good news is with some time and dedication, anyone can start coding.