Part of the reason that Facebook has outpaced MySpace as the largest, most important social networking site in the world is that Facebook has opened its doors to external programmers. Games like Mafia Wars and Farmville have been a tremendous success and F-Commerce sites (Facebook commerce sites) are now catching up to the games and apps.

Here are five examples of how they are doing so: 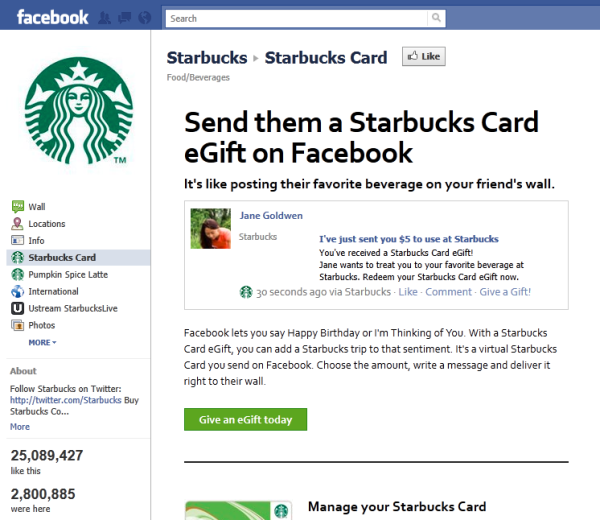 Starbucks has a highly established market share and name recognition but they are also renowned for their open management style and the speed with which they implement new ideas.

At first glance, it would seem impossible to sell coffee online but Starbucks did not ignore the prospect of a Facebook store. Instead, they developed eGift cards, which allow users to designate an amount and event (birthday, holiday, etc.) and easily send the notice to a Facebook friend. It's easy and quick to give and it is virtually guaranteed (pun intended) to bring customers. 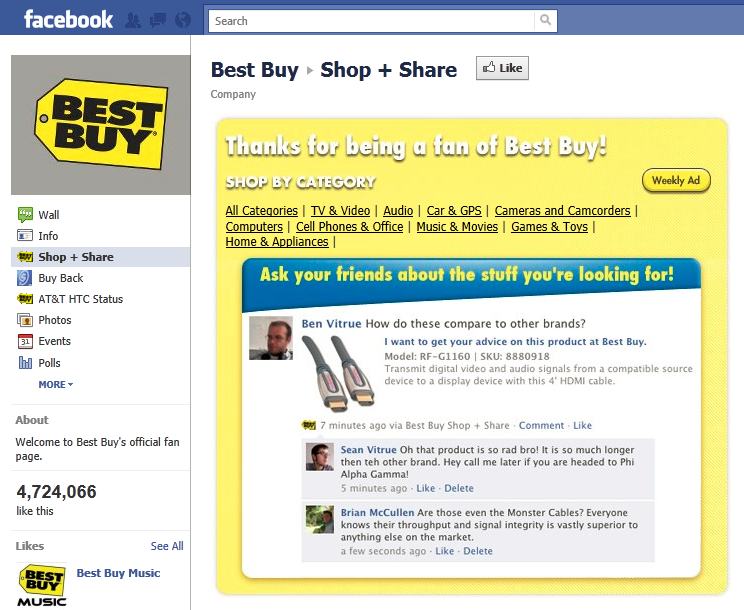 The first thing you see on the Best Buy Facebook store page is a large banner for Weekly Specials. These offers are exclusive to Facebook friends and, therefore, serve as great incentives for users to add the page as a friend and follow the weekly ads closely.

With so many electronics stores available online, it is crucial for Best Buy to keep their customers engaged regularly. If they lose one sale to another site, they run the risk of that customer becoming a regular patron of the opposing site. 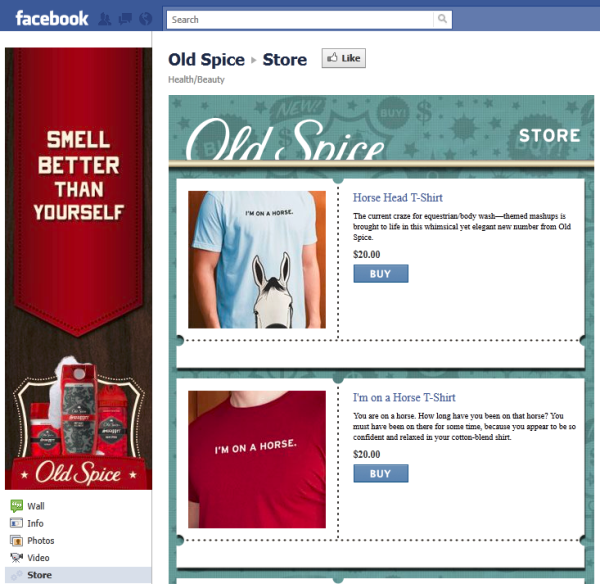 Old Spice sells body-cleansing products primarily but that didn't stop them from pouncing on the opportunity to engage their Facebook audience with t-shirts. Old Spice understood that they had struck gold with commercials that have become viral and they were flexible enough to produce t-shirts with popular quotes like, "I'm on a horse," which appeals to the exact demographic that follows them on Facebook.

When the commercials are no longer trending, the company will surely remove the shirts and begin to look for the best way to optimize their next opportunity. 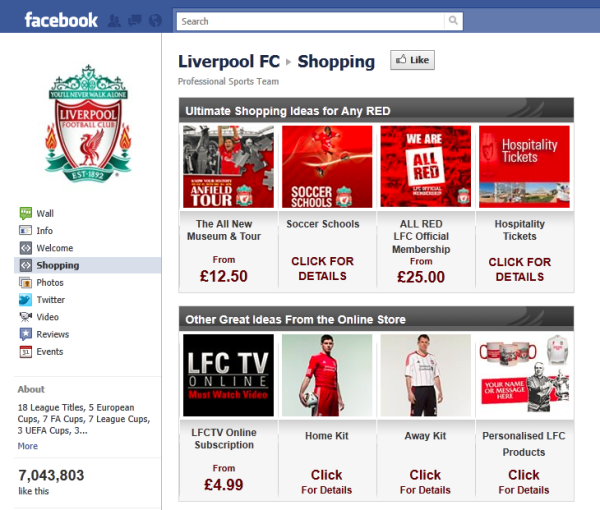 If you're not a soccer fan, you'll have to take my word that Liverpool is not the most famous soccer team in England. For example, Manchester United, Chelsea and Manchester City have larger fan bases but Liverpool's Facebook store outpaces theirs, in part because of the layout.

The store is set up very cleanly, with three distinct categories that allow the user to maneuver directly to the product they are looking to purchase. The layout is effectively eliminates "noise" and gives the user direct access to the product, which decreases bounce rates and increases conversion rates. 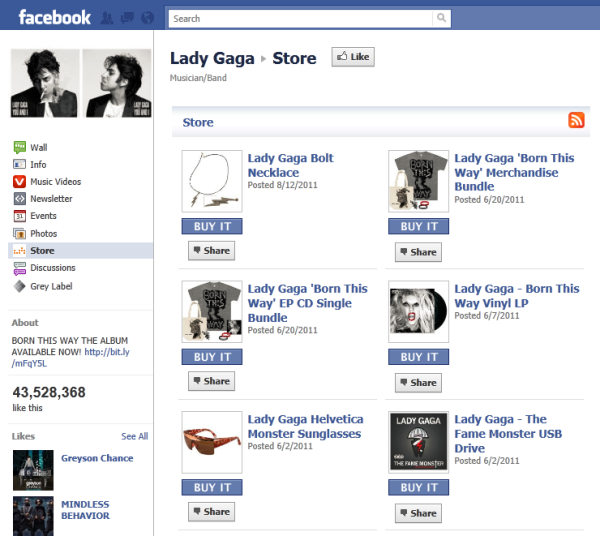 When you visit Lady Gaga's store page, you'll notice that she doesn't upload products as often as you'd expect. She only has 12 products displayed, compared with Justin Bieber who has over 20 products displayed but still sells less than Gaga . This is partly because she builds anticipation by releasing new products sporadically.

This strategy may be different for you because you are not Lady Gaga . But you can do something like use your fan page to build the hype around a new product then, once anticipation is built, release the product and direct users to your store page at the optimal time.

Of course, you are not Starbucks and you don't have Lady Gaga's wardrobe but the lessons still hold true. Build on these examples and you will find yourself moving up in the F-Commerce world.

How to Write an Ecommerce Business Plan [Examples & Template]