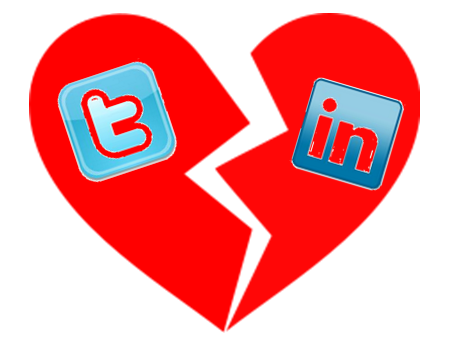 Yesterday, two of the world's largest social networks, LinkedIn and Twitter, announced an end to their partnership that allowed users to sync updates from the two sites. According to Twitter, the site is increasingly focused on "proving the core Twitter consumption experience through a consistent set of products and tools." This essentially means that LinkedIn doesn't make the cut for that consistent set of tools, and LinkedIn users can no longer automatically sync their tweets to publish on LinkedIn.

How Does This Affect Your LinkedIn-Twitter Posting?

Even though all users do not set their Twitter updates to automatically appear on LinkedIn, many use the hashtags LinkedIn provides to post selected tweets. Previously, LinkedIn users could connect their Twitter account, and then select the option that reads, "Share only tweets that contain #in or #li in your status updates." This way, Twitter users could carefully select which tweets they wanted published to their professional profile without ever having to go on LinkedIn itself. Users have now been ripped of that ability, and must go straight to LinkedIn to post an update.

After running a report for keyword use in HootSuite, we discovered that between January first of this year until now, hashtag #in has been tweeted 1,746,618 times while hashtag #li has been tweeted 192,873 times. While it's plausible that the former hashtag has been used for other messages (such as "Got a new job! #in), the latter is LinkedIn specific. Regardless, hashtag #in on average is tweeted 9,650 times a day, while hashtag #li on average is tweeted 1,065 times a day. The following graph shows each hashtag's use over time from January 1st 2012 to June 28, 2012. 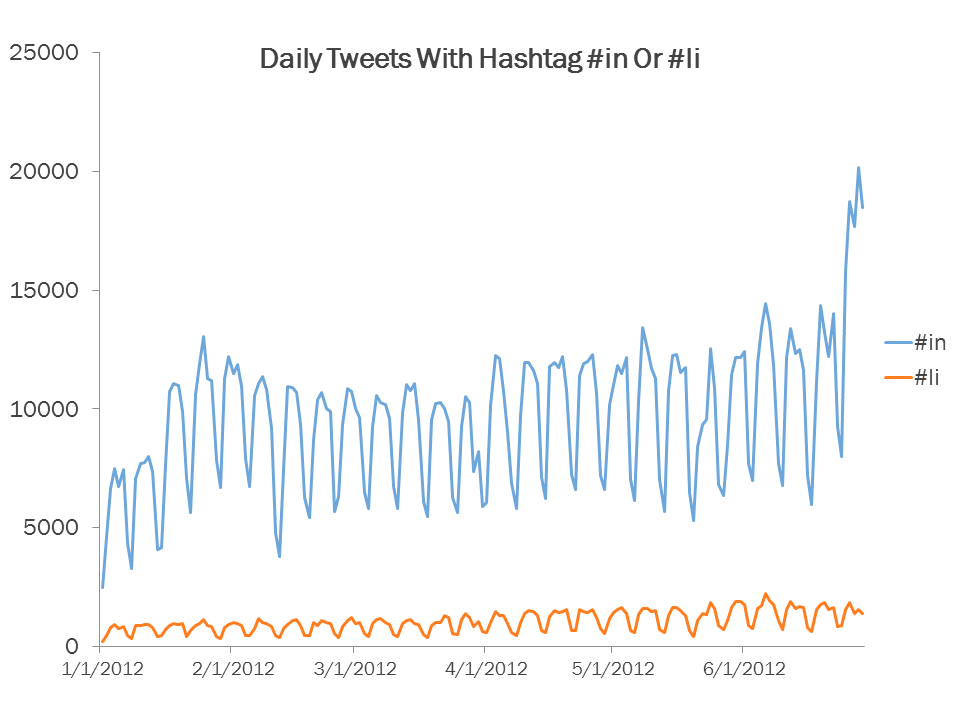 Clearly, a large audience automatically updates LinkedIn through Twitter. These users will now be forced to post their LinkedIn updates seperately. Or, how LinkedIn positions it, "Simply compose your update, check the box with the Twitter icon, and click 'Share.' This will automatically push your update to both your LinkedIn connections and your Twitter followers just as you’ve been able to do previously."

Basically, users can post from LinkedIn and have that message go out to its Twitter following, but not vice versa.

How Does This Change Your Marketing?

For example, in the LinkedIn post below to the HubSpot company page, users could previously be directed to HubSpot's Twitter account, or see all the users tweeting with #HubSpot. When you click on these links now, Twitter does a search in "LinkedIn Updates."

This takes away marketers' ability to easily link their campaigns together. For example, when HubSpot hosts a webinar with a hashtag for questions, we update our LinkedIn company status with the hashtag so viewers can easily go from LinkedIn to the stream of tweets for the webinar.

Does this new breakup impact your social media strategy? How so?