7 Creative Ways Nonprofits Can Use Social Media to Drive Donations 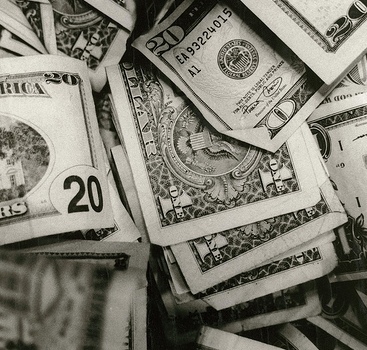 As a nonprofit organization, asking for money is a pretty uncomfortable task. And in everybody's fast paced lives, convincing people to stop and listen is basically impossible. But thanks to the power of social media, this grueling task can be made much easier in several ways. All it requires is a little splash of creativity!

A 2012 study from Ipsos OTX and Ipsos Global @dvisor revealed that 22% of global internet users said they would purchase from a brand if they saw that a friend liked or followed the brand on a social network such as Facebook or Twitter. In other words, social media influences purchasing decisions, and it behooves every nonprofit to hop on the bandwagon and start incorporating some social media tactics into their marketing plans. So to get some of your artistic juices flowing, here are some basic ways social media can be incorporated effectively into your nonprofit’s strategy to drive donations.

You might be surprised at how many people are using Twitter as a news source. According to the Pew Research Center’s Project for Excellence in Journalism, 39% of Twitter users said most of the news they got on Twitter was material they wouldn't have read elsewhere. As a nonprofit, you can have influential Twitter personalities, such as the CEO, report straight from volunteer sites or even the main office about all the exciting happenings. Sharing updates like these allow people to feel connected with an actual event ... even if that event's happening halfway around the world.  And you know what? Those followers tuning in to the live feed are most likely the same crowd that's willing to donate to your cause.

One creative way to steer them towards donations is by tweeting links to your charity’s donation landing page and letting them know how their donation makes a difference. Every time a donation is made, you can tweet back at the donor and explain to them the difference they have made to your organization and its cause.

For example, Charity Water, a New York based nonprofit committed to providing clean drinking water across the globe, informs donors of the difference their contributions make and encourages people to share the wonderful feeling of giving on social media.

Just received a letter from @charitywater saying that the money I raised on my Bday were sent to the field. Boy, does that feel great.

Let your donors know how many mouths their money was able to feed, and it will put into perspective what they were able to accomplish with a quick gesture of kindess. And acknowledging their support, especially on social media where all their friends can see it, makes them feel special!

While Twitter is great for short bursts of information, Facebook is the place to tell stories. A great way to engage those who like your Facebook page is by providing them with a place to share their own stories, and comment on yours. On the Make A Wish Foundation Facebook page, for example, there are several pictures, names, and stories of children who have been touched by the foundation's efforts. People are moved by what they read, and express their love by commenting, liking, and sharing various posts. It's this bond with your organization that's critical to establish to drive donations -- and it's why storytelling plays a key role ... because establishing an emotional connection takes time, and context.

As a nonprofit, you can also pick the most moving post on your Facebook page and have it featured as "Inspiration of the Week." You can even use Timeline's new pinning feature to expand the visual real estate of the post on your page and draw even more of your fans' eyes there. The Make A Wish Foundation facebook post below is an excellent example of a charity using story-telling to generate donations through hope. And since Facebook pages allow organizations to create donate buttons, there's no reason not to try experimenting with it!

3) Pump Up With Pins

A Pinterest study from Shareaholic reported that 21% of users have followed through with a purchase after discovering it on Pinterest -- that might be a social media investment worth investigating for nonprofits trying to drive donations, eh? You can get started by creating pin boards (we have 28 creative pinboard ideas for you here if you're looking for ideas) with images that relate to your cause. For example, Habitat for Humanity pins pictures of volunteers building homes across the globe, as well as fliers for upcoming volunteer opportunities and country-wide movements like National Mandela Week. Or you could mimic their approach of inspiring people -- you know how important it is to feel moved to donate -- through boards like their creative "Quotes." 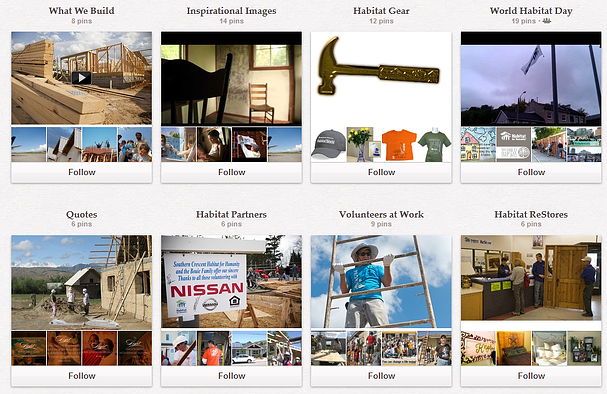 You can even upload pictures of the items you "sell" to drive donations, like bracelets and bands (a la Lance Armstrong's popular yellow Livestrong bands) and other merchandise from your organization. To ensure donations, include URLs to landing pages in the "Edit" section of your pins (not the description section lest you be flagged for spamming), and follow the people who repin posts from your board to nurture your relationship.

Some people love to be in the limelight -- channel that into donations through some YouTube campaigns! One of the most successful brands to ever create a YouTube campaign was Dove (not a nonprofit, I know, but this was for a great cause!), when they asked women to upload videos explaining their definition of "real beauty." Thousands of women responded instantaneously, 6 of which were chosen to participate in a national broadcast campaign. Though your cause will be based around your charity’s specific needs, the goals for any campaign like this are the same -- inspire people to be actively involved in your cause by sharing their thoughts through user-generated content.

If you don't already have a YouTube account for your company, set it up; all that content needs to be uploaded to one central location. Have people send their videos to you, and upload videos on people's behalf -- this not only allows for some quality control, but also lets you capture email addresses when submissions occur through a landing page! I see some donor nurturing in your future ;-) And don't forget to include calls-to-action in those videos so those watching can donate to your cause, too!

You know who is an expert on your organization? You, probably. You do work there and all.

Combine your knowledge and passion for the work you do to host a webinar on Google+ that gets attendees as excited about your organization as you are. These webinars can be information sessions that teach people about an important cause, coupled with information about how to get involved in that cause. Take Ted Talks as an example. In his talk about vegetarianism, Graham Hill provides the audience with a call-to-action in the last minute and asks them to consider changing their eating habits to improve the environment and their own health. And since this was preceded by an inspiring yet informational speech, the audience members were all more likely to follow through.

Whether your nonprofit’s call-to-action is donations or a more time-intensive CTA (like a change in lifestyle or request for their time investment), having time to tell your story helps make a more comprehensive and inspiring case for your cause. And if you decide to record your webinar, you can use it as a donor-generating content asset to keep new donors in your pipeline coming back for more.

We’ve heard it a million times before -- it's all about who you know. And LinkedIn is a pioneer in leveraging social media to let you socialize with the "right" people. So, how can nonprofit organizations use LinkedIn to get in good with potential donors? Make use of one of LinkedIn's most awesome (though underutilized) features ... LinkedIn Events.

With nonprofit conferences such as the National Conference on Volunteering and Service and the Young Nonprofit Professionals Network National Leaders Conference, people clearly want to get together to chat about their nonprofit work, and the folks that are serious enough to go to events like these are serious enough to be using LinkedIn. LinkedIn’s Event tab makes creating these literally a breeze. With a few clicks, your nonprofit can create and share an event with your connections. In addition, with the 'Find Events' tab, other companies interested in attending can find your event and attend -- getting you exposure to a new group of potential donors. If you're not sure how to get started using LinkedIn Events, read our blog post on the subject!

People love competition, they love prizes, and they love social media. Enter the social media contest. Who can make the best video on YouTube to explain your organization's cause? Whose can tweet using your event hashtag the most? Who can pin the most inspiring photo that gets the most repins? Who can find the QR code you've hidden in local hot spots? Motivate your audience to get actively involved with your nonprofit, and they'll amaze you. In fact, the incentive could even be a donation made in their name to your organization. Or you can ask people to raise funds indicidually to determine the winner of the contest. Those most dedicated to the competition will definitely share their hard work with everyone around them, and ask for donations from their individual networks on behalf of your nonprofit.