The Day Your Refrigerator Asks You for a Donation 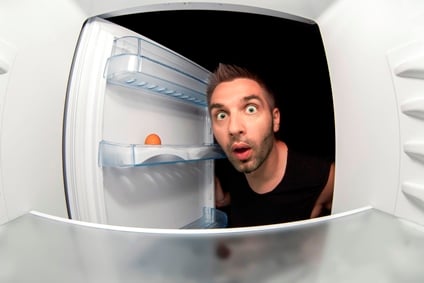 In the first post of this series I explained what cause marketing is, why it’s so popular with companies, and how nonprofits can get started with businesses. 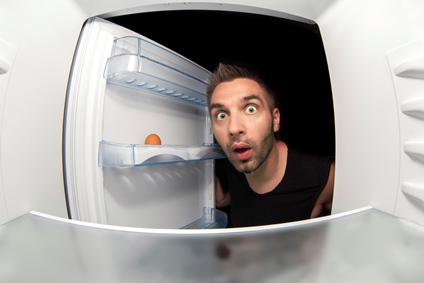 In the second post, I covered a basic cause marketing strategy, coin canisters, which has raised some nonprofits millions of dollars.

In this third and final post, I’ll look at the future of cause marketing. You’ll get a glimpse into a wired world where global citizens, purpose-driven businesses, and impact-focused nonprofits will usher in a golden age of GOOD!

The year is 2022 and it’s breakfast time. I ask my refrigerator what I should eat. I like that I don’t have to open the refrigerator. The food stays cold and I don’t waste electricity opening and closing the door. Gosh, I used to hate it when the kids would open the fridge door and stare into it for what seemed like forever!

Talking refrigerators means my kids will never yell at their children and think “My dad used to say the same thing to me.” I sigh thinking I’ll never have the satisfaction of saying “I told you so!”

The fridge interrupts: “There are plenty of eggs and cheese in here. You can make an omelet.”

“I have two percent milk and skim," the fridge replies. “I would go with the skim,” it adds. "The two percent expires today.”

“Yes,” the fridge says. “You have milk, eggs, and plenty of other food in here. Many people aren’t so lucky. Share Our Strength is a leading organization that’s fighting hunger. Would you like a make a donation?"

“I can show you a short video about SOS’s work,” the fridge adds.

“I don’t need to watch the video,” I reply. “But I will donate five bucks.”

“That’s fine,” I say. "But would you let me know every week before you process the donation?”

“Of course,” says the fridge. “I’ll send a tax receipt to your smart watch and your tax accountant.”

"So, do you want eggs or milk?" says the fridge. "I also have cold pizza.”

A talking refrigerator may seem crazy. But “smart” refrigerators -- like our smart phones and smart televisions -- are already with us. And while “smart” doesn’t yet include a refrigerator that can ask for a donation, it won’t be long before our increasingly wired world will create billions of additional ways for people to support causes -- and not just with money.

The Internet of Things Will Have Good Things, Too

We’re quickly moving to a truly “wired world” where everything will be connected to the internet. Perhaps like you I thought the web was the internet. But the web is just one way of connecting to the internet, which is actually a massive network of networks. (I know, who knew!)

Everything will be connected to the internet. Cities, cars, buildings, for sure. But also toothbrushes, blenders and, yes, even your dog.

A product called TAGG attaches to your dog’s collar and you get an email or text when your pooch strays outside your yard. Of course, GPS and a companion app for your smart phone will show your dog's exact location.

Think about the potential for good. A tag that keeps track of your dog means fewer chances for mischief and unwanted offspring. That’s a good thing, right? And because TAGG is a supporter of the ASPCA, you get smart phone alerts on cute dogs at nearby shelters. Also, because TAGG allows you to define the area your dog stays in, you can make a donation to ASPCA every time your dog strays outside the area -- or stays in it!

We currently have around 20 billion things connected to the internet. This could jump to 80 billion or more over the next five years. That's ten connected items for every man, woman, and child on the planet!

This means things as common as a dog collar, washing machine, and refrigerator will be deeply connected to our smart phones and lives -- not to mention our cause-related goals and interests.

Yes, the "Good" refrigerator is coming -- and so much more. This Internet of Things will be an internet of Good Things.

How Not to Miss the Revolution

Even if you don’t believe your fridge will be asking for a donation, you’re probably as sure as I am that technology will play a hug role in the fortunes of nonprofits and cause marketing. I’d call that safe bet.

What’s less clear is what nonprofits should be doing to prepare for this future.

Should nonprofits chase the latest trends? Should they embrace the merits of big data, or have a mobile-first strategy? While better understanding the data they collect and optimizing their site for mobile are important, a nonprofit should focus most importantly on its brand.

A brand is what people feel when they come in contact with your organization. Think about it: The nonprofits that raise the most money (Product Red, St. Jude Children’s Research Hospital, Children’s Miracle Network) have great brands that are magnets for money -- and not just from companies.

A great example of a nonprofit that has done just that, and is reaping the rewards of it, is Pencils of Promise.

After a backpacking trip around the world, Adam Braun founded Pencils of Promise (PoP) after he saw the desperate need for schools in many poor countries. Since 2008, Adam and his team have built 200 schools all over the world. But PoP is doing more than building schools. Adam wants to eradicate hopelessness, illiteracy, and ignorance. PoP is having a deep impact in the communities it serves.

At the time Adam founded PoP, he gambled on a new two-way communication medium that was gaining popularity. PoP embraced social media to share its story and to build an army of supporters. Today, on Facebook alone, PoP has nearly 200,000 followers.

Adam's commitment to impact and to sharing PoP’s story and success has attracted the support of plenty of corporate partners. They include companies like Uber, Warby Parker, Chegg, and The Motley Fool, to name a few. This focus on building PoP’s brand has positioned his nonprofit for further success, whatever the future is.

When Staples starts selling a smart pen that records and stores to the internet everything you write down -- and donates a dollar to PoP every time you write the word “Promise” -- don’t ask me why it’s them instead of you.

The future will always belong to those who prepare for it today.