Since blockchain technology hasn’t been widely implemented, it makes sense that the SMB community considers it to be the most difficult emerging technology to understand. 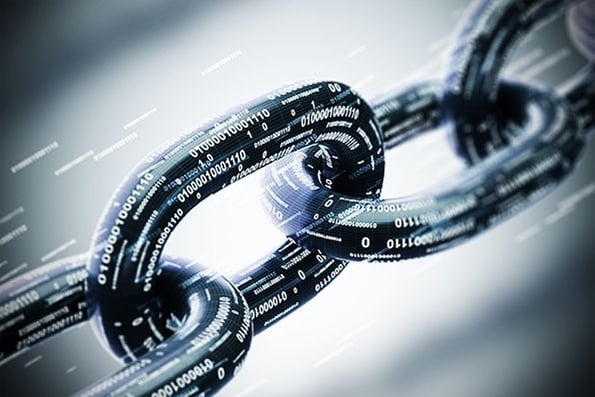 But with over $1.3 billion invested in blockchain companies during the first five months of 2018, leaders in tech and finance believe the technology will become mainstream and revolutionize the way we do business.

It’s possible that Blockchain technology will eventually impact your industry and business in one way or another, so if you don’t know exactly what blockchain is or how it works, here’s a quick two minute rundown.

Think of Blockchain as a spreadsheet that is copied and sent to every computer in the network. To make sure the spreadsheet’s true state is verified and updated, the network references and communicates with each other to see if all the spreadsheet copies are the same.

If one of the copies isn’t the same, due to someone manipulating a transaction’s record after the fact, the network rejects the transaction. This halts hackers from altering the spreadsheet to send someone else’s digital currency to themselves.

By connecting consumers directly with suppliers, Blockchain also removes the need for a middle man, like a bank, to complete transactions. This makes economic transfers faster, cheaper, and more secure.

How does blockchain work?

Below, we’ve fleshed out a concrete example of how blockchain works. Before we show you the example, though, you first need to know the three components that make up a blockchain:

1. Jack agrees to sell two coins for $50 to Jill. The record of this trade lists its transaction details, which includes a time stamp and a unique cryptographic signature.

2. The transaction is distributed to every computer in the network.

3. The network of computers or “nodes” scans and cross-references every copy of the database to make sure the transaction is unique and valid.

4. If the network approves the record’s validity, minders add it to a block. Each block has a unique code called a hash on one of its sides and the hash of the previous block in the chain on its other side, which link the blocks together in a chronological and permanent fashion.

It’s better to prepare than to regret.

Blockchain technology’s potential impact on the business world could drastically change the expectations of your customers. If you learn about the emerging technology’s use cases and benefits now, rather than later, you won’t risk falling behind.