What People Get Wrong About Marketing Campaigns 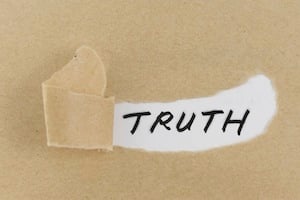 There has been a lot of debate lately about marketing campaigns. In December, Gartner's Jake Sorofman suggested concentrated campaigns may not have a place anymore amid the continuous storytelling of today’s content marketing. His colleague, Jennifer Beck, vehemently disagreed. 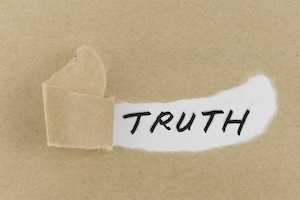 Going back a bit further to the beginning of 2013, the same week HubSpot released a new app to measure the ROI of campaigns, HubSpot CMO Mike Volpe wrote a blog post propounding the demise of them.

What is going on here?

Debates like this typically arise when the market has changed enough that the contours of the way we traditionally define something no longer fit.

Some take the stance that the definition will evolve alongside the changing market. Others believe the definition is so rooted and inadequate that it has to be cut loose in order for the market to move forward.

Such is the story with the current "marketing campaigns" discussion. Let's set the record straight about three common misconceptions about campaigns -- misconceptions that are holding marketers back -- and examine the role for campaigns in today's marketing.

1) Marketing campaigns alone do not equate to a marketing strategy.

Marketing campaigns are compact. They have a clear purpose, they have a start and end date, and they tend to exist as wholly individual efforts. They are neat and tidy. Because of this, it can be tempting to base your entire marketing strategy on a series of disconnected, episodic marketing campaigns. Call it the Mad Men model of marketing: Decide on a message, run a campaign around it, rinse, repeat, and have a cocktail.

The problem with equating a marketing campaign with a marketing strategy is that it doesn't match the somewhat-less orderly way your customers consume information.

They may discover you one day because of a piece of content you've created, then get distracted, hear about you on social media, then come back months later because of a second piece of unrelated content. Compact campaigns don't quite encapsulate the full spectrum of what prospective customers care about and may risk creating a brand that values short-term messages over long-term relationships.

Your marketing strategy should be growing and adapting all the time. It should reflect what you know about the people coming to your site and where their interests lie. Or, put in HubSpot CMO Mike Volpe's more animated terms, "Stop the madness of coming up with an entirely new theme and creative concept every three months. Start having a long-term view of your brand, message, and voice -- and what value your company can add to your industry."

This is not to say that campaigns don't have a place. On the contrary: Campaigns are incredibly good at introducing new ideas that help them gain traction. Without them, it'd be hard to get beyond incremental change. But building a marketing strategy around campaigns alone isn't customer-centric.

For a compromise, I like Jake Sorofman's recent adjustment. He explains, "I like the idea of two-speed marketing: speed-one is brand-centric, goal-driven campaigning; speed-two is the daily discipline of audience engagement through storytelling, which is driven by content creation, curation, and cultivation."

Your marketing strategy should be consistent, ever-evolving, and reflective of customer interests. Campaigns should be infrequent, bold, and purposeful.

2) Marketing campaigns are not about single channels.

Often, on calls with prospective customers, we'll hear that a marketer wants the ability to run a campaign with our software. This should make us ecstatic. HubSpot is great for organizing and running campaigns. And yet, years of conversations have taught us that no two prospects mean the same thing when they say "campaign." Some of them want to run "email campaigns." Some want to be able to execute and measure PPC campaigns. And more often then not, what they talk about are single channels.

Campaigns are about ideas -- not channels. True inbound marketing campaigns should align all of your marketing channels around a single goal and theme. Running an email campaign or a PPC campaign for the sake of it is a little like trying to row the length of the Charles River with one oar.

Instead, think of a campaign as an orchestra: Each channel plays an important and distinct role in bringing your idea or campaign theme to life. Because your audience consumes information from multiple places, you should choose a mix of channels for your campaign and adapt your message to fit each one.

3) Marketing campaigns are not about pushing the product.

I’m a product marketer. I think about our software more than I’d like to admit. I know where all of the Easter eggs are hidden (I think). I am in charge of bringing new products to market. And yet, the moment a launch campaign of mine centers on the product alone, I’ve failed.

Marketing campaigns are not about the product. They're about the reason that product exists.

In 2013, we noticed a problem with the way social media marketing had evolved. Driven in part by bad strategy and software that made it easy to batch-and-blast social messages or rapidly inflate your follower count, social media had become a lot less personal.

So, we decided to rebuild our own social media software to counter the trend. When we launched the new software, the campaign we ran was about exposing an idea, not a product. The idea was that somewhere along the lines, social media marketing had lost its way. It had become more about broadcasting messages than interacting.

Did others share this belief? We weren't 100% sure, but we organized a campaign to put the idea out there and find out. The campaign used every channel and included content that ranged from videos to infographics to blog posts. And sure, we talked about the new software we had built, but only in the context of that larger idea.

We gave the idea four weeks of focus to take root. If it resonated as we believed it would, we'd continue to reflect it in the rest of our content strategy when the campaign ended. Either way, we'd be able to measure the level and type of interest and learn something about our audience that would inform our long-term and continuous marketing strategy.

Inbound marketing goes on all the time. It has no start and end date. It evolves.

Campaigns serve a distinct purpose within that inbound marketing strategy. They are rare, short bursts of focus that sit on top of your continuous content efforts. The goal of a campaign should be to put focus on a particular theme or idea so that you can communicate something and learn something in return.

As such, campaigns shouldn’t be arbitrary. They should be driven by something: a trend that has emerged, a new customer interest, or a new way of thinking. They should give short-term focus to an idea and then, based on user interest, dissolve or integrate into the rest of your ongoing content and inbound marketing strategy.

What do you think? What role do campaigns play in your marketing strategy?  Is this just a debate about semantics, or are there some changes that need to be made in the way we communicate?