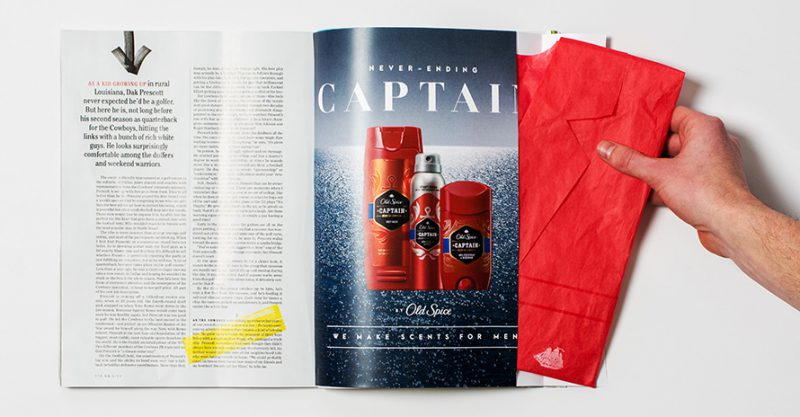 Sometimes, a press release about your company’s new product launch, significant hire, or acquisition fails to pick up the coverage you were expecting. Journalists crave juicy stories and viral marketing campaigns, but standing out in a sea of conventional pitches is one of the biggest challenges for any public relations professional.

When you need a dose of inspiration, blogs like PR Examples are a great place to find the most compelling PR plays. To save you some time, we curated a list of the absolute best of the best to get the creativity flowing for your next campaign.

Read on to get inspired by some of the best minds in public relations.

The 10 Best Public Relations Examples to Inspire Your Next Campaign

With over 360,000 people who binge watched Stranger Things 2 within a day of its release, it’s clear the show created unprecedented amounts of hype leading up to its premiere date. One of the stunts that built up this hype was Lyft and Netflix’s Strange Mode prank. By immersing Lyft customers in an environment that was as terrifyingly strange and eerily similar to Hawkins, Indiana, they made Stomranger Things fans feel like they were actually in the Upside Down.

2. HostelWorld: Even Divas are Believers

Traveling the world can give you some of the best experiences of your life, but it can also thrust you into situations that you’ll want to scrub from your memory, like staying the night in a hostel. There are countless hostel horror stories online and hundreds of videos that mock their hospitality scattered throughout social media -- so needless to say, they don’t have the best reputation.

But HostelWorld, a hostel booking website, decided to team up with Mariah Carey to freshen up their image and showcase the pleasant reality of staying in a modern day hostel. Together, they blasted through affordable accommodation stereotypes by spotlighting the lesser known luxuries of hostels like having access to the same facilities as more expensive accommodations, but at a cheaper price, and being able to connect with other fellow travelers.

3. Lawyer.com: Choosing Lindsay Lohan to Be their Spokesperson

Picking Lindsay Lohan to be your company’s official spokesperson could spark a lot of backlash. But when you connect people with lawyers, the move can produce loads of smiles, publicity, and customers. Lawyer.com’s brilliant marketing play resonated with audiences because Lohan’s troubled past and her frequent brushes with the law makes people who might’ve gotten in a little trouble feel like they’re not alone. It also makes them feel better about themselves. If a high-status celebrity needed a lawyer -- multiple times -- then maybe it’s not so bad if you need one too -- right?

There have been remarkable women throughout history that might not have been celebrated as they should have been. Stabilo Boss -- the company that sells highlighter pens -- started a campaign to highlight these women and their incredible accomplishments.

Stabilo took famous black-and-white photos from historical moments and drew a yellow highlight line to showcase the woman in the photo that made it all happen. The Boss PR campaign highlighted women like Katharine Johnson, the NASA mathematician responsible for the calculations that sent Apollo 11 to the moon. Other examples include Nobel Prize winner Lise Meitner ando First Lady Edith Wilson.

The campaign blew up on social media and went on to win multiple awards. 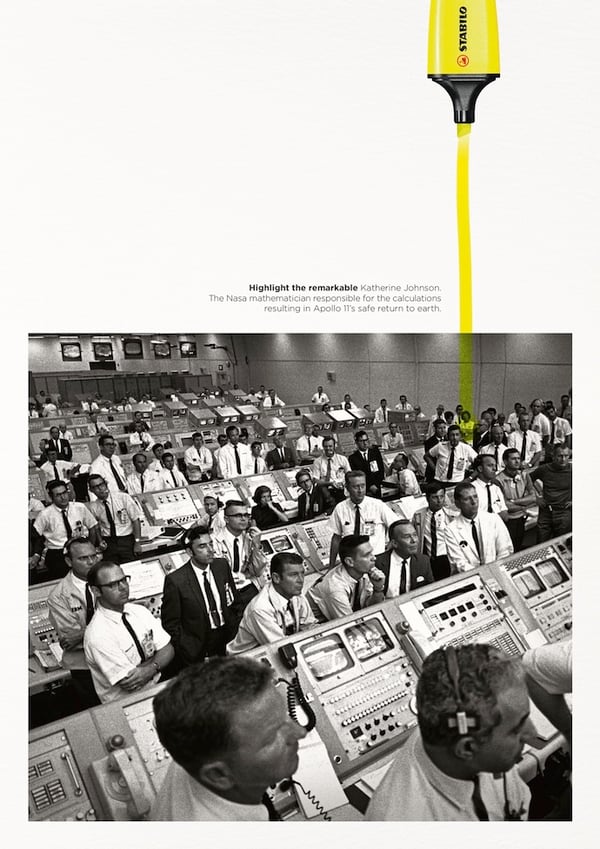 Photo credit: Ads of the World

Hours after April Fools Day, almost every marketing publication rounds up the best spoofs, pranks, and stunts that distracted everyone at work that day. One of the funniest spoofs that earned a spot in all the major roundups this year was Logitech’s fake Business Speak Detection product video. By giving their product a punny, yet subtly accurate name, the video pokes fun at most businesses’ obsession and overuse of buzzwords. But it also has the feel of a real product overview, which makes it even more hilarious. 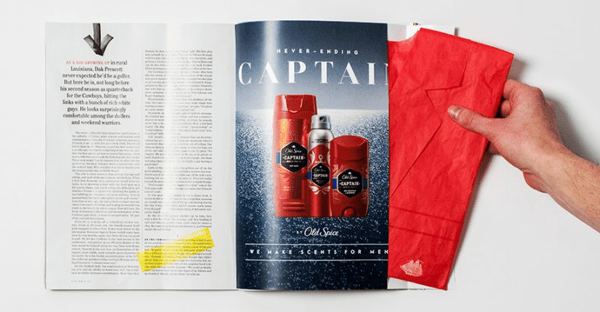 When Fragrance brands advertise in magazines, they usually show off their aromas by drenching an ad with their latest cologne or perfume. But Old Spice realized people usually don’t enjoy unexpectedly pungent scents violating their nostrils when they’re flipping through their favorite magazine. So in typical Old Spice fashion, they gently ribbed other fragrance brands by inserting a paper blazer doused in their new cologne, Captain, in their print ad in GQ magazine. Then they wrote about how these paper blazers can help men attract attention not only with trendy style, but also with masculine smell. The only drawback of the blazer is that it'll turn into papier-mâché on you in the rain.

Humor and cleverness is one of the best ways to appeal to your audience and gain earned media attention, and it seems like Old Spice can leverage them both on any marketing channel. 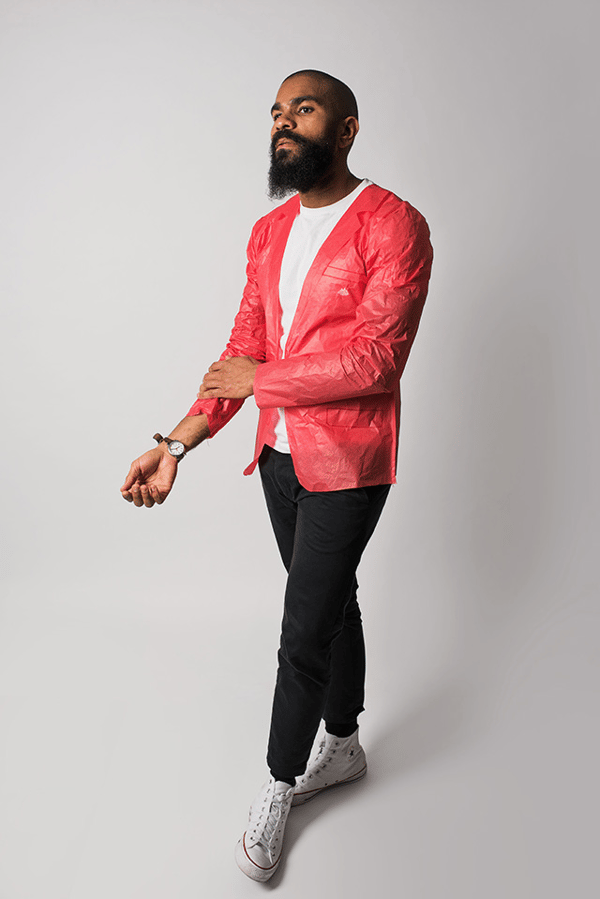 7. Star Wars: Passing the Box-Office Baton to The Avengers

Avengers: Infinity War just shattered Star Wars: The Force Awakens’ record for the biggest opening weekend ever by grossing over $250 million. LucasFilm, the studio that created and produced Star Wars, wasn’t bitter though. Instead, they were proud of their friends over at Marvel Studios, and sent them a heartwarming congratulatory tweet. By applauding them for their incredible accomplishment, and not sulking about their broken record, Star Wars earned the respect of movie lovers everywhere -- not to mention some media coverage for the gesture. 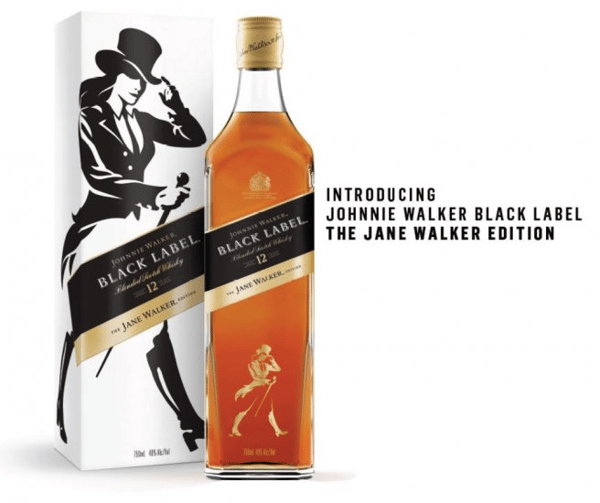 To promote gender equality and honor the many achievements of women throughout history, Johnnie Walker launched a female version of its whisky on International Women’s Day called Jane Walker. The limited-edition bottle featured a woman on their iconic logo, instead of a man, which connected the brand to individuals who also support their commitment to social progress.

In March 2018, Johnnie Walker released 250,000 bottles of Jane Walker, and for every bottle sold, they donated $1 to organizations that empower women. This tangible impact helped their campaign gain even more support and publicity.

Blue Planet II is considered the greatest nature series of all time, with its first episode attracting over 14 million viewers and earning the title of Britain’s highest rated TV show in 2017. Watching the show can almost place you into the habitat they’re filming, but BBC Earth wanted to take things to the next level for their biggest fans: they offered them a chance to experience what it’s like to be a researcher and filmmaker for Blue Planet II.

To do so, they teamed up with AirBnB to run a contest for their members, and two lucky winners got to spend three days and two nights in the Bahamas on the research and exploration vessel used in the show’s filming. During their expedition, they lived with and discussed work with researchers and dove deep into the Atlantic Ocean in a submarine with filmmakers to observe some of nature’s most unique underwater wildlife. By offering a once in a lifetime opportunity, BBC Earth could get more people to watch their hit show, and AirBnB could build their brand affinity. 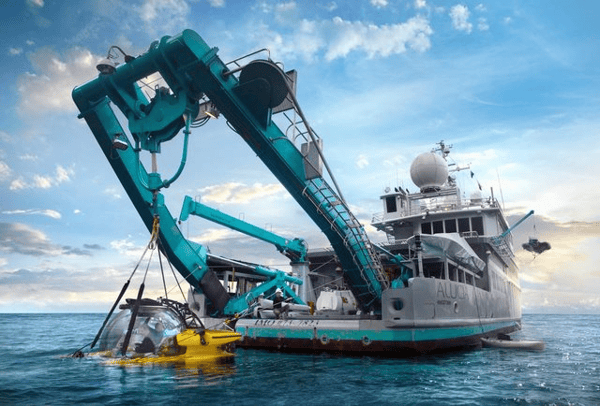 View from SpaceX Launch Control. Apparently, there is a car in orbit around Earth. pic.twitter.com/QljN2VnL1O

Everyone knows Elon Musk wants to send humans to Mars. So when SpaceX launched their newest rocket, Falcon Heavy, into space, it made some headlines. But when the Falcon Heavy suddenly shot a cherry-red Tesla Roadster blasting David Bowie’s 1971 hit “Life on Mars?” into orbit, it was being called the greatest automotive PR stunt in history.

The car will now float between Earth and Mars for millions of years, and serve as reminder for current and future generations to always reach for the stars. The success of both launches also improved SpaceX and Falcon Heavy’s reputation. Falcon Heavy is now the most powerful rocket on earth, so it’s realistic to say it can launch heavy satellites and future space stations into orbit, shuttle cargo to Mars, and even transport humans to the moon. And that’s exactly what Elon Musk needs the public to think if he wants to accomplish his ambitious goals.

In 2017, Rough Guides, a renowned travel guidebook, named Scotland the most beautiful country in the world. And a big reason why it’s such a spectacle is because Glen Coe, a Scottish valley that cuts through the ruins of an ancient super-volcano, is one of the most striking landscapes in the world.

BBC Scotland’s immersive, 360 degree video of Glen Coe grips viewers because they’re able able to experience the landscape from an intimate point of view at every possible angle, which makes them feel like they’re actually there. Publicity of this video benefits both Scotland’s tourist industry and BBC Scotland because it compels people to travel to Scotland and consume more of BBC Scotland’s content.

On the morning of International Women's Day, the world woke up to find a four-foot high statue of a girl across from the Charging Bull statue on Wall Street in New York. She is standing tall and brave, hands on her hips, in a dress and high top converse.

Fearless Girl, as she is called, was commissioned by the investment management firm State Street Global Advisors as a part of their campaign to pressure companies to add more women to their boards. By standing up to Charging Bull, she is standing up for gender diversity on Wall Street. 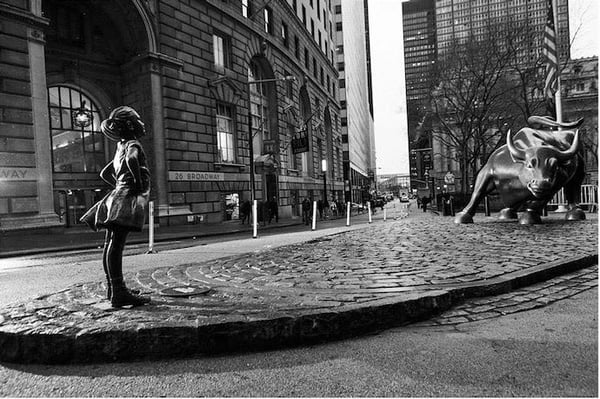 Some argue that the girl's defiance toward the bull -- and male-dominated corporate boardrooms more generally -- is controversial. There has been lots of pushback to the statue, but in general, this PR campaign received widespread support for the women's movement and diversity in the workplace and remains outside the New York Stock Exchange.

A few years ago, videos of people dumping a bucket of ice water over their heads flooded social media, now known as the Ice Bucket Challenge. The viral sensation of 2.4 million videos was a way to raise awareness of a neurodegenerative disease called amyotrophic lateral sclerosis -- also known as ALS or Lou Gehrig's disease. The idea was to raise money for the ALS Association and research on the disease.

The viral challenged raised more than $115 million dollars, with almost $80 million going towards research. The campaign was a massive success -- awareness and funding for ALS has skyrocketed, all thanks to millions of people giving themselves brain freeze.

Guinness pushed a series of ads to promote its newest product: Guinness Clear. This completely transparent, refreshing beverage "will keep you hydrated and help you stay in control." Their secret recipe? It's just water.

This lighthearted PR campaign is actually trying to address a more serious issue -- binge drinking. The company hopes that consumers will drink more of their "Guinness Clear" to remember their nights and not overdo it while still having fun. Guinness hopes the ads will drive conversation and healthier habits.