3 Reasons Why SEO's Are Upset About Google's Rel=nofollow Announcement 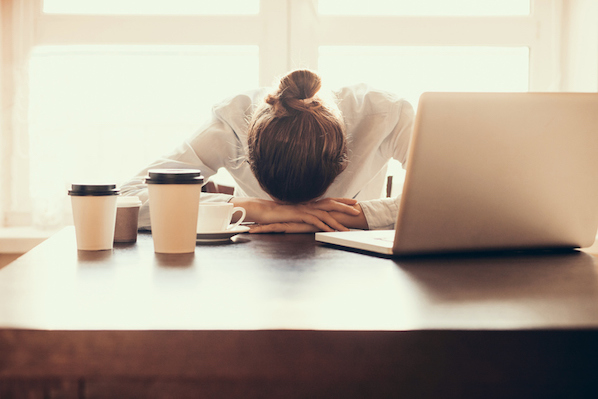 To understand what rel=nofollow is, we'll start with an example.

Let's say I'm a Wikipedia editor, and I've recently written a page about zebras. My page is getting hundreds of views, and is ranking on page one of Google for the search term, "Zebra".

Following the success of my Wikipedia page, I get an email in my inbox. Someone is reaching out to ask if I'll link to their fake news website. If I link to their page, they tell me they'll pay me $500.

From my end, it seems like a pretty sweet deal, so I accept. I cash my money, link to their site, and add a rel=nofollow tag to their link, so Google can't follow the source and I'm not giving them any backlink power.

In this example, it doesn't seem like too big of a deal. So what if a fake news site is listed on a Wikipedia page for zebras?

The issue, of course, arises when that fake news site is listed on a bunch of other high domain sites. If rel=nofollow is added to all those links, Google can't figure out why suddenly, that fake news article is trending globally and being accepted as truth by thousands of Google users.

Simply put, with rel=nofollow, the risk of misinformation and link schemes is high, since Google can't keep track of certain shady parts of the web. Which is why Google put an end to it with their recent announcement, proclaiming rel=nofollows are now officially "strong hints", not directives.

Follow me so far? Here, I sat down with Victor Pan, HubSpot's SEO strategist, to learn what Google's rel=nofollow announcement means for SEO strategists and users.

But first -- what is rel=nofollow?

What Rel=nofollow Is, and Why It Was Created

On websites, some commenters were tricking Google's algorithm by including their own links in the comment sections of high ranking web pages. Since Google uses backlinks as a vote of endorsement, or a way of saying, "Google, this is an authoritative website", Google was incorrectly ranking some of these spammy websites higher on search.

Additionally, some people were paying companies for links to their site. This benefitted the companies who received the money and the people who received the backlink, but it didn't benefit users, who'd often end up clicking on spam on an otherwise trustworthy source.

To combat these issues, Google released rel=nofollow. Simply put, rel=nofollow tells search engines not to follow the source of the link. With rel=nofollow, these shady websites weren't able to receive backlink power, which made it difficult for them to rank highly. Essentially, rel=nofollow is a website's way of saying "We don't endorse this website".

Without those endorsements, spammy websites had a tougher time ranking on Google, even if they were copying-and-pasting their URL all over the place.

Up until recently, rel=nofollow was a directive -- meaning, if Google saw rel=nofollow, they listened to it.

However, two months ago, in September 2019, Google announced a change to their rel=nofollow rules. Here's what they said in their official announcement: "Nearly 15 years ago, the nofollow attribute was introduced as a means to help fight comment spam. It also quickly became one of Google’s recommended methods for flagging advertising-related or sponsored links."

As published on Google's official announcement, "The web has evolved since nofollow was introduced in 2005 and it’s time for nofollow to evolve as well."

Here's how it changed -- and why it matters for SEO.

When I sat down with Victor Pan, SEO Strategist at HubSpot, I started by asking him why rel=nofollow matters.

He told me, "Well, for one, this trend of news websites needing to be profitable led to the allowance of guest contributors, and what a lot of guest contributors did at some point was say, 'Hey, I'm going to sell the opportunity for companies to get backlinked on posts I'm writing for these major news publications.'"

"At some point," Pan adds, "on shadier parts of the internet, there was even a price list that some link agency had, and major news publications could be listed at $5,000 for one backlink. With rel=nofollow, you completely kill the incentive for people do that."

All of which makes a ton of sense to me -- take away the opportunity to get backlink power, take away the shadiness of people asking big publications to link to their irrelevant or spammy websites in exchange for money.

Which leads me to my next question -- why would Google change rel=nofollow, then?

To answer that question, Pan uses the following example -- "If hundreds of sites are linking to a fake news article with rel=nofollow, and use Facebook to amplify their message, you have a problem. Suddenly, you have a bunch of sites that have content that link to things that are politically sensitive in search, and then these sites amplify that message outside of Google's pervue, like on Facebook."

"In order for Google to really understand the network of misformation, and why something might suddenly rank high on search even when it's incorrect, they need to be able to follow rel=nofollow links."

"It's tricky," Pan adds, "Because real, legitimate websites often end up linking to these fake news articles as well, believing them to be real because of their ranking in search."

As of 2019, you can now specify whether your link is rel="sponsored" (links created as part of advertisements), rel="ugc" (links created from user-generated content, like comments and forum posts), or rel="nofollow" (whenever you want to link to a page but don't want to imply any endorsement).

But there's a bigger change to rel=nofollow, and this is the one SEO strategists are most upset about -- now, rel=nofollow isn't a directive. It's just a suggestion.

Why SEO Strategists are Upset About Google's Rel=nofollow Announcement

Pan told me -- "The big thing that's making SEO strategists upset is the fact that rel=nofollow went from a directive to a strong hint. The way to think about it is, it's like a colleague asks you to conduct research for them, and then you conduct the research, and then they say, You know what? Nevermind, I decided to create my own list. It's like, then why did you even ask us?"

For clarification, a "directive" means search engines will follow an attribution like rel=nofollow and respect it, end of story. A "strong hint", on the other hand, means Google knows best, and while it might respect your opinion, it will ultimately override your decision if it disagrees with it.

Another example of a strong hint is a canonical link tag you put in the header of a page.

A strong hint is infuriating because it means, if you're a marketer who needs to optimize blog posts or web pages for SEO, you have to do all the work, but Google might ignore it, anyhow.

Additionally, Pan notes -- "Then they're also asking us to get even more specific, like whether it's UGC or sponsored content, but we're like -- Why would we do this when it might not even matter? From Google's perspective, however, it's helpful for them because it helps them get better at understanding which links they shouldn't be following."

The real underlying frustration, of course, is lack of control.

As Pan explains it, "Google is saying, 'Hey, we're going to take back control, and these remedies are available for you, but they're not absolute.' The power has shifted back to Google, and you're still doing the work, but you understand that your work could be meaningless. Nothing is more frustrating than setting canonicals and then having Google disrespect that canonical."

In response to this, I asked Pan whether we can just avoid using rel=nofollow links at all, if it's such a headache for SEO strategists. He replied, "You can do that, but you run the risk of running into issues."

There's another potential problem, too. Remember back in 2005, when Google implemented rel=nofollow as punishment for those who used bribes for links? Now, since rel=nofollow is a strong hint and not a directive, those people aren't necessarily going to be punished anymore.

Pan told me -- "Consider it this way. Wikipedia has rel=nofollow because people were bribing Wikipedia editors to add links to sites that shouldn't have been included on that page. But now you're saying, 'Hey, rel=nofollow links might be ignored -- what do you think is going to happen next? Now, some of those editors might get some bribes … you see where this is going?" (Hint: it looks a lot like 2005.)

Pan added, "There's now more room for interpretation. The people who are doing shady things on the web -- like link schemes, and bribing for links, aren't necessarily being punished anymore."

To summarize, here are the three biggest problems with Google's new rel=nofollow announcement:

Of course, the changes Google made to rel=nofollow, while frustrating to SEO strategists, are ultimately good for users. Even if all shady activity isn't being punished, Google is now able to see all shady activity happening in the first place.

Pan told me that now, Google can see what the shady part of the web is like. "And users benefit from that," He told me, "because now, Google is less prone to surfacing misinformation."

How to Create an SEO Strategy for 2022 [Template Included]

You Might Be Wasting Your Time Fighting the Algorithm Updates. Here's What to Focus on, Instead.

When Scaling Your Link-Building Efforts, Don’t Compromise On Quality