11 Things You Didn't Know You Were Doing Wrong on Twitter 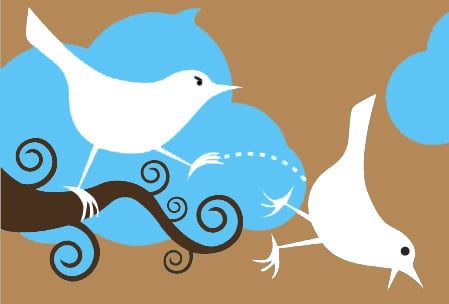 Are you trying to amass a large following on Twitter? Want to increase your engagement and have meaningful conversations? Or maybe even drive more traffic to your website?

These are great goals to set for yourself, but there are some mistakes you might be making on Twitter that are likely hindering your efforts, and you're not even aware of it.

Making some of these mistakes might even lead to people UNFOLLOWING you. *Collective gasp of horror.*

Here are eleven things you didn't know you were doing wrong on Twitter -- some of which may be why people are unfollowing you:

There's a lot of interesting content out there. Chances are, your followers are interested in more than just yours. And if all you do is tweet content about yourself, you're going to bore your audience pretty quickly -- especially if you tweet the same link over and over. It will be hard to grow a valuable following if you don't share other unique content, retweet, and reply to others.

2) Tweeting at People With Irrelevant Links

You might think your latest blog post is the most brilliant article to be posted on the internet all month. Maybe it is. But it's generally a bad idea to tweet at people using their @ handles with a link to your article. If there is a specific person you know would be interested in your content based on previous conversations you've had with them, that's one thing. But to @ every person you follow in your industry and your city with a link will get you unfollowed faster than you can say "spam."

If people are mentioning you and your content in their tweets, that's great! You can thank them by replying to them or favoriting their tweets. But retweeting every tweet in which you're mentioned makes you look like you're trying to win a popularity contest. Just like blasting out self-promotional tweets, it will clutter your followers' feeds with tweets about ... you.

Most of the people I keep track of on Twitter are not people I follow -- they're people I've organized into various lists. In fact, sometimes when people follow me, I add them to a list instead of following them back, since I pay attention to lists more than my main Twitter stream. When you create a list on Twitter, you can choose to create a public or private list.

Some lists should remain private, e.g. lists you've created for groups of friends and/or family. But if you've created an industry or professional-related list, consider making it public. That way the people included in your lists may reciprocate or follow you, or not get offended that you didn't "follow" them back, since they know you're paying attention to them.

You don't want people to think you're a stalker, do you?

I think sometimes people use software to automatically favorite these tweets, but either way, it's super creepy and can get you unfollowed or even blocked.

I am guilty of this sometimes. When I get frustrated about something, it's easy to tweet out a short rant and feel like I've gotten something off my chest.

Publicly spewing negativity is a bad idea. While there are some very nice people out there who will tweet at me with pictures of kittens and puppies, my follower count takes a small dip each time I rant about something. People don't like to be surrounded by negative people. So try to avoid airing out your dirty laundry on Twitter and maintain a positive outlook -- your followers will love you for it.

7) Tweeting All Your Content for the Day at Once

You might not have much time for Twitter. In fact, Twitter (and other social media responsibilities) might be your "morning coffee" activity, which means you spend 15 minutes responding to tweets, publishing new tweets, and sharing interesting content. But don't forget to space things out! If you tweet five times in a row first thing in the morning, and that's it for the day, your tweets will only be seen by people who happen to check Twitter around that time. Your tweets will be pushed too far down the stream for the afternoon crowd to see.

There are certain mundane details of your life that your Twitter followers probably don't want to know about, including but not limited to problems you're having with your wilted lettuce, how uncooperative your children are being in the grocery store, or how many hours of sleep you got last night. #nobodycares

Sometimes it's fine to share this kind of day-to-day life drama -- it adds to your personality, makes you more relatable, and lets you connect with your audience. But if you only tweet this stuff ... all the time ... you won't become a very influential person on Twitter (unless you're already a celebrity).

Oversharing could also mean tweeting too frequently. If you overwhelm your followers' Twitter streams, they likely won't follow you for long.

There are some services you can use to automatically send a direct message (DM) to a new follower. Sadly, some people still think using these services is a good idea. Upon polling Twitter to ask why people would unfollow someone, auto DM was the #1 most common response. Auto DMs are annoying, inauthentic, and make you seem like a bot or spammer.

I will never understand why people go out of their way to be mean or rude to strangers on Twitter, but it happens all the time. Maybe you've read articles saying the best way to gain a following is to be controversial. Or maybe you don't realize you're being rude.

A good rule of thumb to follow: If you wouldn't say something to someone's face in real life, you shouldn't say it to them on Twitter. The same etiquette should apply. For the most part, Twitter isn't really anonymous. The people you're rude to can see who you are. So for goodness sake, behave!

If you like to retweet often, that's great! You're not being overly-self-promotional, and you're contributing to the conversation. But there is the opposite extreme as well, and that's ONLY retweeting other people's tweets, especially if you don't provide commentary of your own. If you want to be influential on Twitter, you need to contribute some original content, as well. Otherwise your followers might as well only follow the people you retweet, and not follow you.