What is a Franchise Fee? A Comprehensive Overview 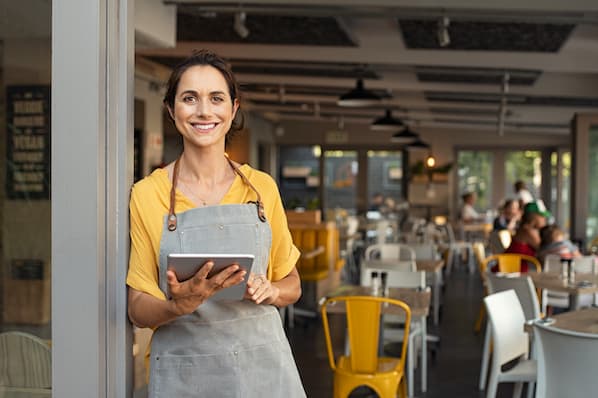 It might go without saying, but owning a franchise doesn't come cheap. Franchisees aren't allowed to just buy a retail space, decorate it with a franchise's branding, serve its products, and tack a sign on the door with the franchise logo. The rights to do any of that comes at a price — a price that's most commonly referred to as a franchise fee.

Here, we'll take a closer look at what a franchise fee is, review what it typically covers, see what it usually costs, and go over some caveats and similar charges.

What is a franchise fee?

A franchise fee is an upfront, one-time fee a franchisee pays a franchiser for the right to operate and profit from a franchise branch of the franchiser's broader organization.

Franchise fees tend to vary from business to business, and fees are dictated by a combination of factors. For one, franchisors need to set fees they can profit from. That means a given fee needs to cover a franchise's upstart costs — including training, opening support, and initial advertising — and then some.

Franchisors also need to make sure their fees don't get out of hand. They can't set prices that are too imposing or unmarketable to prospective franchisees. The key here — as with setting any price for anything — is striking a delicate balance between financial viability and market potential. 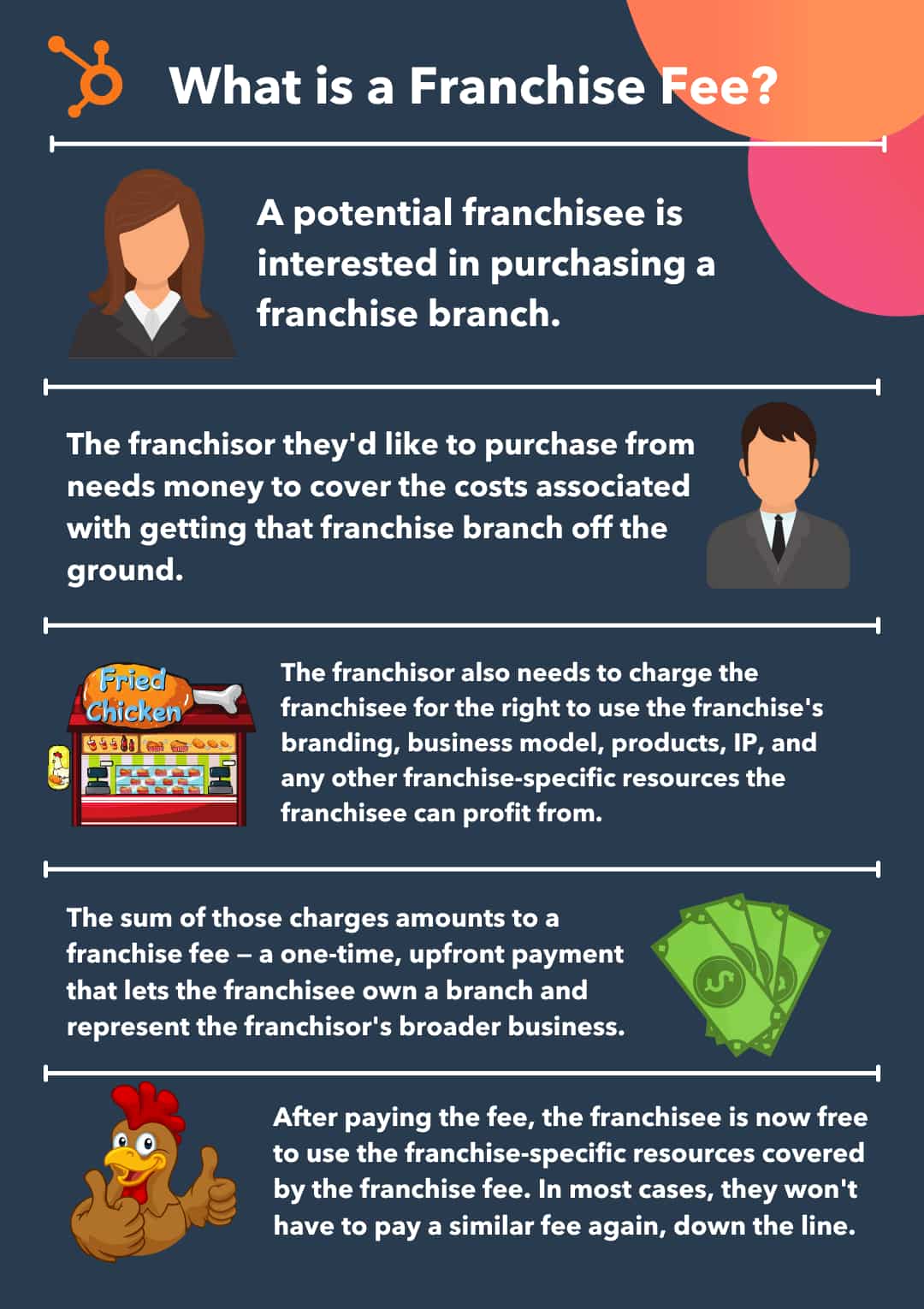 What does a franchise fee cover?

A franchise fee typically covers a franchisee's right to use the elements like a franchisor's business model, products, and intellectual property. It also often covers franchise-affiliated training programs for new employees.

At its core, a franchise fee is a charge for inclusion in a franchisor's network. It's the price you need to pay for access to the franchise as a brand and permission to leverage the franchise-specific resources that come with it.

How to Calculate a Franchise Fee

Calculating a franchise fee isn't straightforward. In most cases, there's not really any real "calculation" to do. A franchisor sets their franchise fee and interested franchisees pay it.

As I mentioned, the size of a fee varies from business to business — accounting for factors like location, the requisite overhead costs it requires to get a franchise branch off the ground, a franchisor's prominence, and an average franchise branch's typical profitability.

What is the average franchise fee?

Under Federal Trade Commission (FTC) regulations, the lowest franchise fee a franchisor can set is $500. But as you can imagine, hardly any franchisors are willing to charge next to nothing like that.

Franchise fees generally range between $20,000 to $50,000. However, some other factors can make for particularly high or low franchise fees. There are also a few charges similar to franchise fees that don't fully fit the franchise fee bill.

With a master franchise agreement, a franchisee is essentially paying for the right to open multiple franchise branches within a specific geographical area over a fixed period. These kinds of agreements come with a different fee structure than conventional franchising.

A franchise agreement tends to cover a fixed period of time — at the end of which many franchisees evaluate and decide whether to continue their relationship with their franchisor.

If they're interested in renewing their agreement, they pay a renewal fee. It's worth noting that renewal fees and franchise fees aren't the same thing, and in most cases, the former will be lower than the latter.

In some cases, a franchisee might look to sell their business. In those instances, the new franchisee involved in the transaction typically pays a transfer fee to the former one — the amount being either fixed or calculated as a percentage of the fee the initial franchisee paid.

Ultimately, the franchise fee you pay will be — at least to some extent — specific to your situation. Your location, preferred franchise, and timing will all play into what you're going to pay.

No matter what, try to remain mindful of whether the franchise you're exploring has legitimate potential. You won't get your franchise fee back — so make sure you put it in the right hands.

What is a Franchise Disclosure Document (FDD) and Why Do You Need One?

Franchise Agreements: What They Look Like and What to Expect