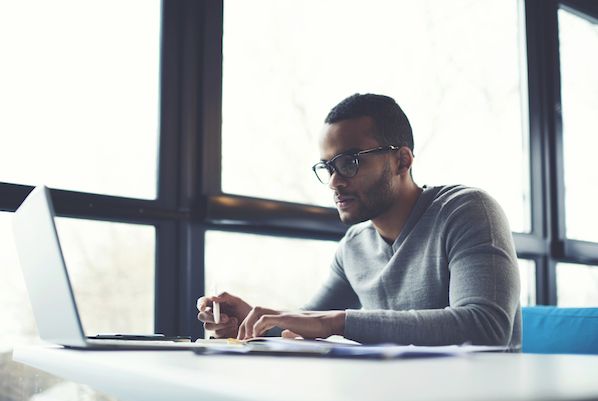 First, ask yourself if you included a close in your first attempt. Never forward or cut and paste an old email, and don't follow up too quickly. It's important not to include the same ask in your follow up. And avoid the temptation to send a breakup email to early.

How many times has a deal been going along without a hitch until, suddenly, it’s not? One week of silence passes, then two, and you’re left wondering what you did wrong and if there’s any way to fix it.

By this point, you’ve likely sent previous follow-up emails or left voicemails for your prospect.

So, what’s your next step? Here are five principles to adhere to when sending a follow-up email after no response. Follow them, and you’re more likely to welcome a few of those prodigal prospects back into your open arms.

Second Follow-Up Email After No Response

1. Ask yourself (honestly) if you included a close in your first attempt

When we send an initial follow-up email to fish for a response, salespeople often soften them. We throw in an "I’d love to hear back from you" or "I’d like to learn more about what you do."

The problem is, these aren’t questions and none of them ask for a close. Closing isn’t just a will-they-or-won’t-they-sign-the-contract question. Every communication you have with a prospect -- from initial outreach to final paperwork -- should include a close. Whether you’re closing for another five minutes of their time, a demo, or a discovery call, you’d better have a purpose and call to action every time you reach out to your prospect.

So, instead of an ambiguous statement like, "I think I can really help you. I hope we can catch up soon." make sure you give your prospect an opening to respond. Include firm questions like, "Are you free for a demo this Friday?" or "Can you return all feedback on the initial proposal by next Tuesday?" and give your prospect an actionable request to respond to.

Never cut and paste or forward the original email. It might feel empowering, but all it’s doing is advertising to your prospect that you’re making them feel guilty for not responding. From a practical standpoint, this leaves your emails vulnerable to being filtered by spam or blocked entirely.

Treat each follow-up email as a blank slate. Try new subject lines, opening greetings, and calls to action. You never know what’s going to finally move your prospect to respond -- so why limit yourself to one email thread that already has nine obsolete messages weighing it down?

Salespeople like to categorize themselves as persistent. It’s one of our calling cards and part of our identity, but when conducting follow up, persistence can begin to look a lot like pestering.

Being persistent without insight into why the prospect isn’t responding is not smart. If you’re only waiting a day or two to touch base again after the first outreach email, you’re not giving them time to respond.

Worse, it signals to your prospect you’re not that busy -- and no one wants to work with a desperate salesperson. Wait at least one week between your first and second follow-up attempt. Then and only then should you accelerate your outreach cadence.

4. Adjust your close every time you don’t get a response

We touched on this briefly above, but you might simply be suffering from the wrong call to action. Each time you follow up with a prospect after no response, your close should get easier to deliver on (because each email that goes unanswered, it gets easier and easier for your prospect to ignore you).

If your first follow-up email asked for a meeting, your second might ask for a referral instead. If you still get no response, your third email should request more general information. For example, you might ask, "I’m trying to navigate your organization right now. Where’s the best place for me to go to learn more about Team X and Project Y?"

If all else fails, ask a question entirely disconnected from work. If a new putting range opened in their town, ask, "I saw you have a new Topgolf open in your neighborhood! Have you checked it out yet?"

At times, it’s easier for prospects to answer personal questions about themselves. It reminds them you’re a human and not just a sales machine. Once you get a response to your Topgolf question, steer the conversation back to business.

I feel so strongly about this I’ve written a whole standalone post about it. But, the abbreviated version is: Never send a breakup email. If you’ve tried steps one through four, stop sending your prospect emails. Go away, wait, and follow up a few months later.

There’s an old sales adage warning reps not to announce intent. If you send a frustrated email after your fourth follow-up saying, "Well, since I haven’t heard from you, I’ll assume you’re not interested." you’ve made your prospect feel bad, made yourself look like a victim, and decreased the likelihood of them reaching out to you in the future.

By not saying anything and reaching out again after a few months has elapsed, you’ve kept yourself in a position of authority and avoided passive aggressively blaming your prospect for never responding. Follow up with a friendly, "I hope you had a great summer! I know a lot of clients are focused on [benefit your product/service offers] heading into the fall months. Is this a priority for your company right now?"

6. Resist the temptation to be passive-aggressive

When you've sent one or two emails and haven't heard back, it's easy to start to take it personally. Salespeople have to have a thicker skin than that. Lines like, "I've tried to reach you a few times now," or "I know you're busy, I'm busy too," do nothing to move your deal forward.

Best case scenario, you guilt your prospect into responding to your message. Worst case, you offend and alienate them. If you reach out a few times and don't hear back, keep your tone positive.

When in doubt, assume positive intent. Phrases like, "Just wanted to bump this email to the top of your inbox," or "Wanted to touch base on this," quietly acknowledge your prospect is busy and might just need a gentle nudge to get the ball rolling again.

7. Don't trick for the open

Using subject lines like, "Re: Our meeting last week," or "Following up on our phone call," when you've never completed either of those actions with the prospect is lying and always a bad idea.

Don't try to trick your prospect into opening your emails and responding to them out of confusion. Keep your subject lines positive, clear, and concise. Try these email subject lines instead.

Bumping this in your inbox

Hope your week is going well. It was great to hear about your [business pain point] on our last call. I think [company name] can help you [insert benefit].

I'd love the opportunity to tell you a few of my ideas over a 15-minute call. Are you free this Thursday? If so, feel free to book some time on my calendar: [insert calendar link].

Salespeople work hard and receiving answers to our emails makes us feel successful and … well … like human beings. Test out a few of these tactics in your follow-up outreach and see if they make a difference in your response rates.

The Art of the Sales Follow-Up: 7 Ways to Keep the Conversation Going

14 Templates for Follow Up Emails After a Meeting, Conference, and More