Is Social Selling All Hype? [Data] 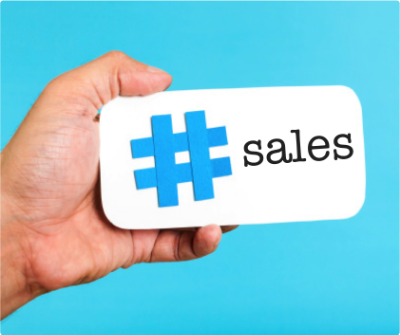 In our recently released research report The State of Inbound 2014-2015: Sales Edition, we asked salespeople to weigh in on their top priorities for the coming year. The number one response wasn't terribly surprising -- over 30% of those surveyed placed closing more deals on top of the to-do list, followed by improving the efficiency of the sales funnel, and reducing the length of the sales cycle. All good, practical goals.

But the opposite side of the chart was more interesting -- the priorities that fell to the bottom of the heap. Notably, social selling garnered the third lowest response despite the considerable buzz around the movement.

"Social sales is cited as a priority for just over 7% of respondents. This is inconsistent with Google Trends data, which shows 'social selling' as a term rising dramatically in popularity," according to the report. "Whether social sales is more sizzle than steak -- or the practice simply hasn’t caught up with the buzz -- what remains clear is there is a missed opportunity here to capture critical contextual information that makes warm leads even warmer, particularly when you consider nearly 70% of sales professionals cite social media-sourced leads as the most important leads in the first two quarters of 2014."

Take a look at the chart, and then let us know in the comments what you think accounts for the low prioritization. 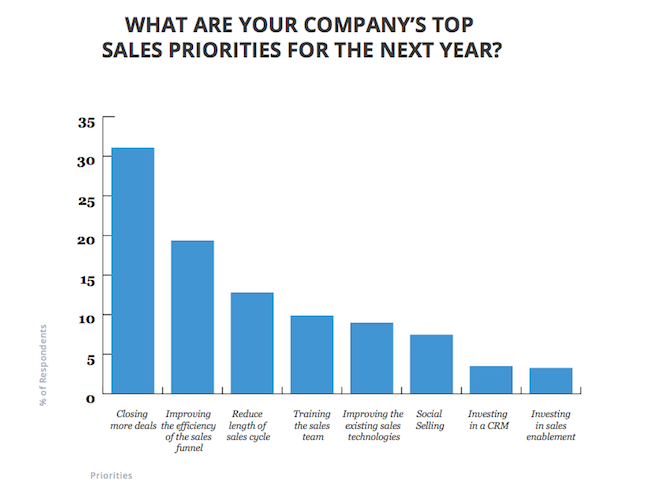