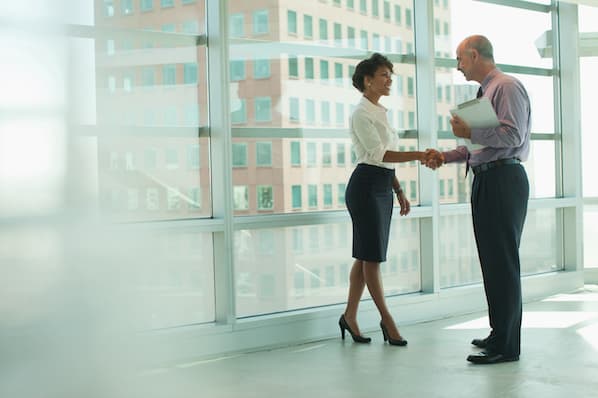 A limited partnership is a business model that can connect bold, enterprising entrepreneurs with savvy investors looking to finance lucrative, low-touch business ventures. If you fit either of those bills, thoroughly understanding the concept is in your best interest.

Here, we'll explore the model further, differentiate it from similar business arrangements, review its pros and cons, and go over some prominent examples of what it looks like in practice. Let's dive in.

What is a limited partnership?

A limited partnership is a business ownership model involving a general partner, who takes unlimited liability for a company's obligations, and one or more limited partners — whose liabilities are limited to the size of their investments. Limited partners typically lack direct control of the companies they invest in.

Limited partnerships (LPs) have a place in a variety of industries — particularly ones that involve time-bound projects. Investors are often drawn to their "lower stakes" liability model and "pass-through" taxation structure. 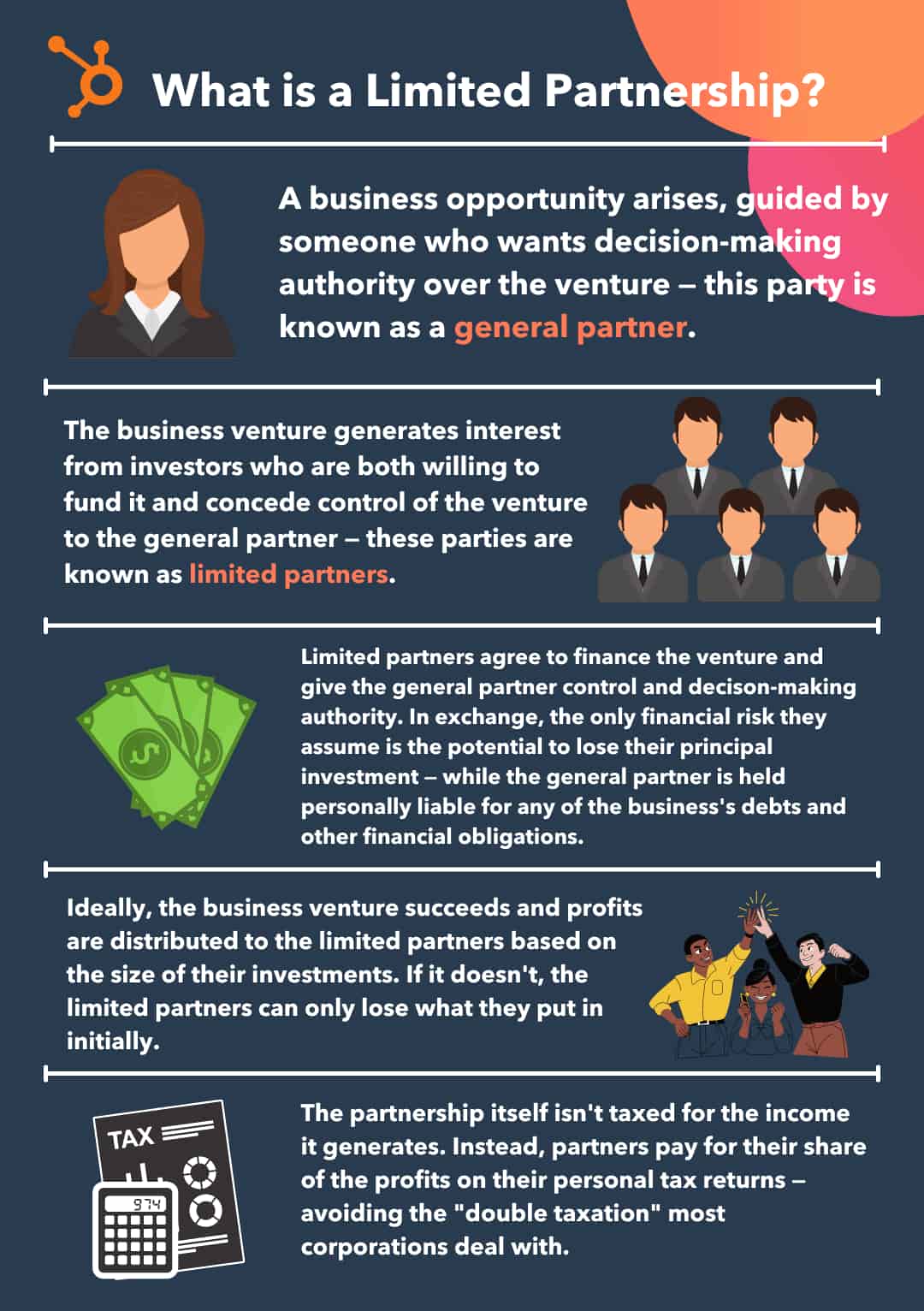 The differences between a general partnership and limited partnerships revolve around degrees of personal investment. General partners typically have a much more personal stake in a business — and that trend manifests itself in a couple of ways.

But that degree of personal liability comes with a tradeoff. Though general partners assume more risk than their limited counterparts, they also have much more immediate control of a company's day-to-day operations.

In most cases, limited partners don't have decision-making authority for the businesses they invest in. And they typically can't withdraw funds — even the principal amount they invested — without permission from the general partner.

A limited liability company (LLC) is a corporate structure wherein no owners of a company are held personally liable for a company's debts and obligations. Neither of these entities pay taxes themselves — instead, their losses and profits are passed through their members to be claimed on their individual tax returns.

There are a few key distinctions between a limited partnership and an LLC — the difference in each model's respective ownership structure being one of the most important.

Where a limited partnership has multiple stakeholders that either have complete or no decision-making authority, every stakeholder in an LLC has the right to actively assist in managing the business.

And as I mentioned, LLC members are also all sheltered from personal liability for a company's debts and obligations. If an LLC goes under, the members' personal property won't be in jeopardy like a general partner's in a limited partnership.

Advantages and Disadvantages of a Limited Partnership

As I touched on, limited partnerships are unique in that they don't pay direct income taxes. Instead, any financial losses or profits are "passed through" to partners, and partners include those gains or losses on their individual tax returns.

Since a limited partnership itself is exempt from income taxes, partners avoid "double taxation" — where a corporation pays direct taxes on its business profits, then distributes those profits to shareholders who also pay individual taxes on those gains.

The general partners involved in a limited partnership assume a great deal of risk in exchange for a high degree of control over the partnership's operations. As I mentioned, they're personally liable for their partnership's liabilities and obligations. That means that if their business venture takes a particularly unfortunate turn, their personal assets — in addition to their business assets — are on the line.

Disadvantage: Limited partners have very limited sway when it comes to decision-making.

Limited partners are called "limited" for a reason. In exchange for assuming less financial risk, they're essentially "limited" in their ability to guide a business venture.

They're more or less asked to totally trust their general partners with the direction and decision-making behind their investment. In many cases, they also don't have the flexibility to withdraw their funds as the venture progresses without the consent of the general partner.

Advantage: There tends to be a particularly high amount of funding.

Because limited partnerships involve less risk and active involvement, they can often attract a wide range of investors. If limited partners see their potential general partners as capable and committed, they'll likely be inclined to trust them with their money.

And while some potential investors might be put off by the idea of not being actively involved in a venture's direction, many are open to or even enthusiastic about the idea of sitting back and letting their investments work for them. All of that tends to amount to a higher level of funding than there might be with other business models.

Limited partnerships are typically applied to time-bound projects. Two of the most prominent examples are filmmaking and real estate.

Limited partnerships have a fairly prevalent place in the entertainment industry — specifically when it comes to filmmaking. They're an excellent vehicle for individual filmmakers who need financial support but still want to retain a high degree of creative control over their projects.

In these cases, limited partners provide the necessary capital to fund a film, but they typically don't interfere with the creative process or the filmmaker's day-to-day operations. In turn, the filmmaker is considered a general partner and isn't protected by limited liability.

These parties connect with a general partner — typically an experienced property manager, a development firm, or a corporation — trust them with their investments and assume limited liability, restricted to how much they put in.

Ultimately, the practicality of forming a limited partnership really varies from case to case. In some instances, it's a no-brainer to entrust a general partner with a business venture while a cast of limited partners supports them with relatively low financial risk. Other times, it makes more sense to make partners more actively involved with a little more skin in the game.

No matter what your business venture might look like, arranging a limited partnership is probably worth some consideration — even if you wind up landing on a different business model.

7 Best Ways to Find Your First Customer & Keep Them [+Resources]

Startup Financing: How It Works & How to Get It