Someone I work with frequently receives messages from a sales rep she doesn’t know. They’re the classic value-less “just checking in” emails that drive prospects crazy.

Instead, she forwards me the note and we discuss what sucks about it. We always come to the same conclusion: Today’s buyers aren’t interested in hearing from a sales rep they aren't familiar with about a product they don’t need.

Reps have their work cut out for them. Salespeople have to create relationships with strangers and convert those strangers into paying customers. And while that’s already hard enough, reps are making it harder on themselves when they embrace cold techniques that are losing their effectiveness -- quickly.

A recent study found that the average response rate of cold emails is 1.7%. A study from TOPO found that it takes 18 cold calls to connect with a single buyer. Those two numbers are staggering, but they make sense if you think about it. After all, when was the last time you answered a phone call from someone you don’t know? Have you ever responded to an email from an unfamiliar email address?

While cold tactics once defined the field, it’s time for a change in the world of sales. To stay relevant, salespeople must focus on finding the right leads, building rapport, and guiding prospects through their individual buying journey.

Below are four steps reps can use to take the “cold” out of their sales strategy and begin the dramatically more effective “warm” outreach.

1) Identify LinkedIn groups that your prospects participate in.

By identifying the groups your prospects are members of, sales reps can begin to understand what interests their prospects and why. For example, if you notice a qualified prospect is a member of a “Social Media Marketing” group, you can infer that they’re interested in social media and learning how to use it for effective marketing.

After finding relevant groups, consume content, and comment on what you’re reading and what prospects are posting. If a rep can spark a debate or join a conversation among prospects, they’ll start to build rapport and become familiar to the people they’re trying to sell to. Eventually, they can email those prospects on LinkedIn.

To identify which groups a particular buyer is a member of, simply head to their LinkedIn profile page, and scroll down until you find the section labeled Groups. 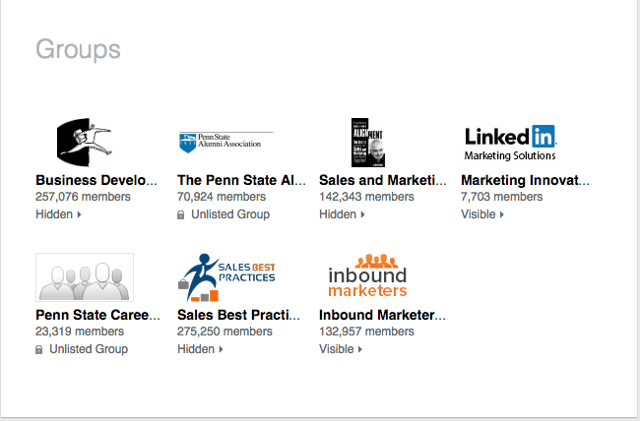 Reps who invest in social media are seeing a major return: According to Forbes, 78% of sales reps who use social media perform better than their peers. By connecting with prospects on Twitter in particular, reps can engage in discussions based on shared interests and blog posts, as well as retweet content the buyer has written or shared.

To get the most out of Twitter, sales reps can add their buyers to a Twitter list. This way you can stay up to date on what prospects are sharing, and get on their radar by regularly interacting with them.

3) Personalize your email based on what you’ve learned.

When a sales rep sends a personalized email to the prospect based on what they have learned through online interactions, they’re able to focus on points they know the prospect is interested in -- and get prospects to respond to emails as a result. If a rep knows that the prospect is struggling with their social media strategy, or is experiencing problems with their CRM, they can craft a message around that pain point and begin a discussion.

I wanted to follow up on the blog post I saw you tweeted this afternoon. Looks like you’re testing several different social media tools for your website and I thought I could help. I know we’ve gotten into a debate about which products are the best and why, so I’m passing along an analyst report ranking some of the offerings in the space.

I’d love to get your thoughts on the top three. Talk to you soon!

Reps who follow the first two steps on this list before sending their initial email have an advantage because they’ve spoken to the prospect online numerous times before. This won’t be an introductory email from someone the prospect doesn’t know. Instead, they will know this sales rep’s name from the interactions they’ve already had, which makes a response much more likely.

4) Keep the conversation going even after they buy.

Not only does keeping the conversation going after the prospect becomes a customer keep the relationship strong, it lays the foundation for more warm outreach down the line through referrals.

How can reps keep tabs on their customers? Schedule a phone call to seek feedback once a month, send a quick email every two weeks, or comment on new blog posts your client publishes. The conversation doesn’t have to be specific to the product -- just keep the lines of communication open. This will prime the customer to react positively when you eventually ask for a referral.

Call and email prospecting have become less effective as the modern buyer screens their phone calls and protects their email. Sales reps need to focus on building rapport with prospects through warm outreach instead of cold calling and persuading.

Don’t be the rep whose emails get forwarded around a prospect’s office as an example what not to do. Commit to warm outreach and step into the bright future of inbound sales. 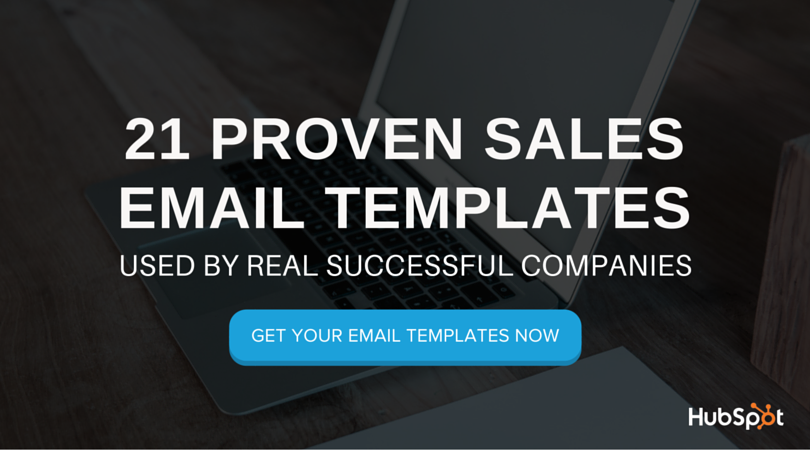