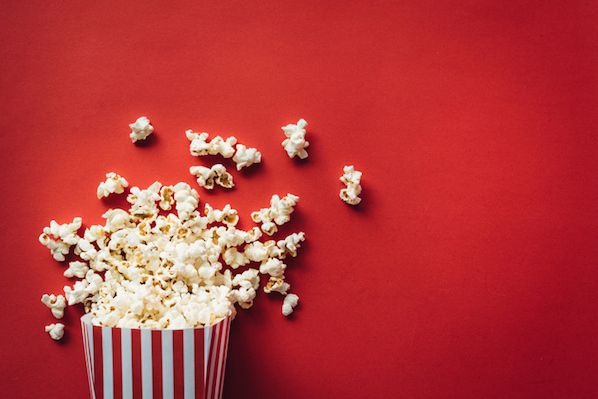 Entrepreneurs and successful salespeople have almost unlimited chances to enhance their skills and abilities. With so much innovative thought and fresh research available, the opportunities to learn and improve are greater than ever.

But one source of inspiration can be surprising: movies. A great film can turn a visit to the cinema into more than just an excuse to relax. It can stimulate your mind and help bring imagination, originality, vision, and flair to your role.

I've pulled together a few of my favorite films below. They go beyond entertainment, set high standards, warn against greed, and exhibit the ethics you need for true and lasting success. I've also highlighted those films that feature the stories of real-life entrepreneurs so you can learn more about their stories off-screen.

This movie is all about real-life entrepreneur Joy Mangano, inventor of the Miracle Mop and Huggable Hangers, who overcomes immense personal struggle to go on to patent more than 100 inventions and make millions as a successful seller on Home Shopping Network's QVC.

Beyond the business success Mangano enjoys, this movie also tells the story of the power of a supportive family, the struggles women in business have to overcome, and the success a product that meets a need can achieve.

"It's all about the bucks, kid. The rest is conversation."

For Gekko, money is just another way to keep score. Bud Fox (Charlie Sheen) counters his feelings towards the underhanded machinations of Wall Street stockbrokers, and changes his future forever. And we can't forget about Michael Douglas' turn as the iconic Gekko whose hard-ball attitude and never-give-up philosophy drive his determination to succeed, no matter what.

This film tells the story of Facebook -- or as it was called way back in 2004, "Thefacebook." It flashes between Zuckerberg and his friends-turned-partners developing the platform and present-day litigation between Zuckerberg and Eduardo Saverin, his friend who he partnered with to found the site who eventually sued him for diluting his Facebook shares and removing his name from the company masthead.

Love Facebook or hate it, viewers can't deny the power of Zuckerberg's story. He doesn't emerge from the movie looking like a hero, but in real life, he's the world's youngest self-made billionaire, and Facebook boasts an impressive 2.27 billion global users.

This film follows the goings on of an investment bank over a 24-hour period. The stage is set at the beginning of the 2008 financial crisis. And an inspirational crew of actors, including Zachary Quinto and Jeremy Irons, show how hard work and effective planning can mitigate any circumstantial evidence that might be hidden.

Based on the true story of Jordan Belfort, this film follows Belfort's drug-fueled, money-making ride to the top, and his crime-ridden, debauched fall back down, which ended in a prison term and a surprising second act.

The fast rise of a swindler is hardly a role-model for today's professionals. But Belfort's guile and cunning intelligence show money shouldn't be the only driver for success.

Ready to root for the good guy? Jerry shows that, against all the odds, success can be driven by values and virtue. With only two people on his side, we see how the little guy can succeed when his abilities are put to the test.

This film examines the relationships, disagreements, and heartaches happening behind the scenes of a New York City real-estate office.

It's a harrowing expose of what can go wrong when the only sales leads you have are bad ones, and the pressure of simply earning a living overwhelms. If you only see one film about sales, it should be this one.

What do you do when your dream job turns out to be your worst nightmare? In business, it might not be possible to achieve everything you want, but there are moral responsibilities that drive us more than money itself. "Boiler Room" sets out to prove that case.

9. Two for the Money

Set in the world of Vegas professional football, the gambling world is just one of the places you'll visit in this analysis of how change happens when things seem out of your control.

Pacino and McConaughey show changes can be made by anybody if the motivation is there. Because of that, "Two for the Money" should be high on your list if you're an aspiring hot-shot.

Set in a car dealership, Don ‘The Goods' Ready, played by Jeremy Piven, must sell over 200 cars in one weekend. Although deceitful and crafty, he shows his prowess in attitude and ability.

Don also shows success comes in many guises, and if he is to succeed, he needs to show skills that exceed what even he thought he had.

Julia Roberts plays Brockovich, whose never-say-die attitude in the face of relentless opposition is an inspiration to any entrepreneur. Think the whole world is against you? Brockovich shows there's always a way to fight back.

Al Pacino is devastating as the coach who has more than just experience on his side. His character shows motivation comes from the gut and the heart, not just the head. He leads a great cast, including Cameron Diaz, LL Cool J, and Jamie Foxx, in an engaging look into the ups and downs of motivating a sports team.

What would you do if you had to win the World Series with the lowest salary bill in baseball? That's Billy Beane's (played by Brad Pitt) role, as he realizes value can be driven through hard work and smart strategy.

The film is inspirational and shows success doesn't always come from one way of measuring outcomes. Entrepreneurs can gain a lot from analyzing the data streams that drive this particular business forward.

This movie tells the story of two brothers, Richard and Maurice McDonald, who started a burger stand that eventually became the McDonald's fast food chain that dots almost every highway in the United States. But it didn't grow that big by chance -- it grew because Ray Kroc partnered with the brothers to open franchises, grew unsatisfied with his contract, and eventually bought out the McDonald brothers to grow the business and become a multi-millionaire.

While this movie doesn't leave you exactly rooting for its main character, it tells the story of how a simple idea  for a product sold at a fair price can explode with popularity. (It also teaches a good lesson about contract negotiating with any partners you go into business with.)

This film, based on a memoir written by a woman who worked under Vogue's editor-in-chief Anna Wintour. Wintour's fictitious likeness, Miranda Priestly, is powerful, influential, and commands an entire industry at her fingertips, and she uses her experience and expertise to negotiate and consolidate her power and fight for what she believes in.

Priestly is another anti-hero, but she definitely embodies the power of hard work, knowing your industry, and speaking quietly to deliver a strong, clear message.

Need more inspiration? Check out our list of shorter motivational videos to watch next.

How to Become an Entrepreneur With No Money or Experience

The Ultimate Guide to Entrepreneurship

The 23 Best Business Coaching Services of 2022