The Entrepreneur's Guide to Venture Capitalists 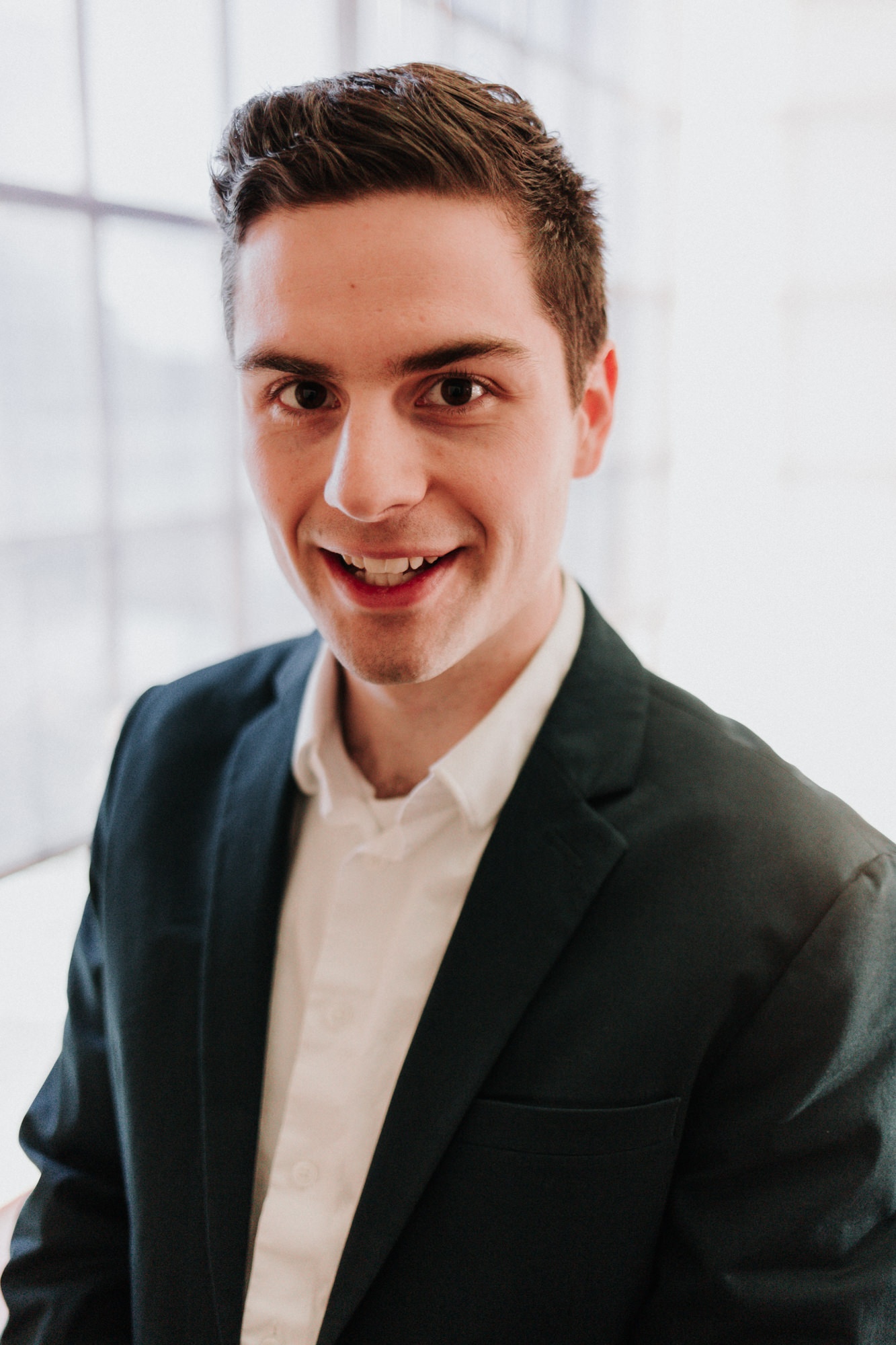 Impress your investors with a fleshed out business plan.

Get the Free Template 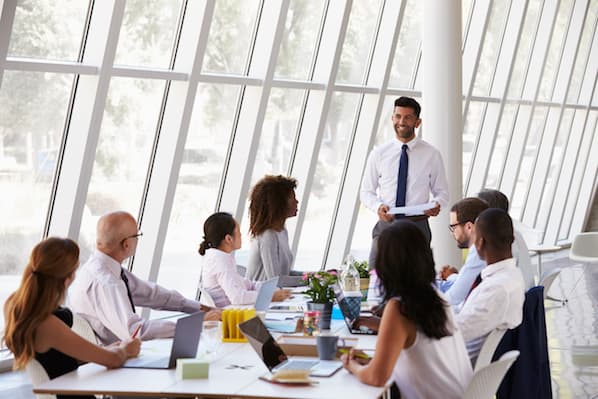 There's no doubt about it — startups are expensive. If you're looking to validate a market, prove out a pricing model, or put together the right team, you'll need resources. Time and money are among the most important, and the more you have of one, the less you need of the other.

Businesses with small burn rates often don't require much funding to get started because they're cash efficient. However, those pursuing larger opportunities in a competitive space are fighting for every second on the clock.

How Does Venture Capital Work?

Venture capital firms raise money from individual investors, known as limited partners. Firms then use those funds for typically-high interest investments in startups. The hope is that those companies go public or get acquired. If that happens, a company pays the firm back for its investment and accrued interest. Then, the limited partners get their money back — plus interest and minus the VC firm’s fee.

A venture capitalist (VC) is an investor that works with high growth potential startups. They can offer you access to resources and know-how to grow your business faster than you could on your own.

Venture capitalists invest outside equity from professionally managed pools of money. This isn't your uncle Bob writing your business a check for $10,000 — this is someone who invests in new startups every day.

The funds come from a group of limited partners (LPs) from whom the initial fund was raised. And the total amount raised by a fund often tells you what type of investment stages they're interested in.

However, a VC is more than a check — at least a good VC is. Venture capitalists are partners in your venture, and while they provide you with a check, the most value they can bring to the table comes from their direction and industry knowledge.

Venture capitalists work with a lot of businesses. They’re good at pattern matching, identifying issues other companies have faced, and recognizing when you're experiencing similar problems.

A venture capitalist often sees hundreds of businesses every year but only works closely with a handful of them.

This gives them experience in understanding founder dynamics, conflict management, scaling a team with various sales channels, and ultimately taking your business from point A to point B.

This is why companies that are looking to make as much progress as quickly as possible often need to take the venture capitalist route.

Depending on where your startup is based you may have different options available to you for connecting with venture capital funds. Here is a list of some of the top funds in the U.S. grouped by region:

Openview works with companies of all kinds to help with their expansion stage and go-to-market strategy. With over $5 billion under management, its portfolio includes more than 200 companies in technology and healthcare.

Bessemer works with early-stage companies in the consumer, healthcare, and enterprise industries. The firm helped one portfolio company bring in $25 million in a new pipeline and $5.9 million in closed-won deals after building out its BDR team.

Union Square Ventures works with larger companies that have successfully established an engaged user-base. Since 2004, it has invested in over 100 companies across the world.

First Round Capital is called First Round for a reason — it works with seed, pre-seed, friends and family, angel investments, or anything in between. It doesn’t have a specific industry or sector focus.

SaaStr Fund works with four to five up-and-coming companies per year, investing anywhere from $1 million to $5 million per deal. It only invests in companies that are a part of the SaaStr.com community.

Sequoia started partnering with companies at every stage of growth in 1972. The companies they've invested in now have an aggregate public market value of over $3.3 trillion.

Matrix Partners works in early-stage investing, backing founders building companies across B2B, infrastructure, and consumer technology. It has invested over $4 billion and has had over 110 profitable acquisitions.

Matchstick Ventures invests where innovative ideas, huge markets, and diverse founders strike. It makes a point of supporting businesses with tenacious founders, lots of potential, and underdog mentalities. The firm acts as a catalyst for the founders, partners, and startup communities it serves.

Foundry Group focuses on seed and Series A investments in technology companies throughout the US and Canada. The firm is comprised of thematic investors looking for new businesses that fit specific sectors, including sales productivity and seed acceleration.

A venture capital funding is a financing event where the lead investor is a venture fund. The lead investor sets the terms of the round with the company and acts as the primary negotiator. They set the valuation of the business before the infusion of capital. That's known as the pre-money valuation.

In a venture capital funding, the lead investor often contributes the most money for the funding round. They oversee the negotiations and formalities of the round, including determining board structure and employee option pool availability.

Having a venture fund lead your financing round dramatically increases the speed and likelihood of closing it.

How to Get Venture Capital

1. Be prepared before you try to get money.

Every company — even an early-stage one — has the ability to de-risk its business to some extent. For example, you could build a prototype of your software to show its feasibility and get feedback until you're ready for pre-sales of your product.

The point here is you should try to de-risk the business as much as possible. Validate that your technology works well and that your customers want it. Then, the investment starts to feel like more of an opportunity and less of a handout. Some ways to de-risk your business include:

You can have the flashiest, most captivating pitch in the world, but most VCs won’t be interested if there aren’t hard results behind it.

Make sure the business and product ends of your company are sound before you pursue funding. If those aren’t in a good place when you walk into a VC firm, your pitch probably won’t survive its scrutiny.

2. Have your pitch ready.

The main material in most early-stage financing conversations is your investor deck. A good deck will communicate what you do in 30 seconds. It explains the problem clearly and shows your solution from a high level with a demo. Finally, it should dive into the traction, differentiation, and the market opportunity you're pursuing.

There are several ways to present this information for maximum effect. For more information on how to put together your early stage investor deck take a look at these templates from HubSpot.

Remember, shaking hands and exchanging pleasantries may be the first communication you have with investors, but your pitch is the real first impression you make. And if you don’t do well, you may not get another one.

Even though some VCs are inclined to make riskier investments, securing funding from them is still a matter of trust. VCs want to believe in your vision, practicality, and work ethic before they invest. You want them to know you can deliver results.

With VCs, you’re not pitching a concept — you’re pitching a product, a company, and yourself.

Anyone can have a great idea; very few can actually make something of one. You need definitive proof that you’re one of the latter. Very few VCs will be willing to invest in your imagination alone.

If you come in and confidently demonstrate that your business is well-structured, well-run, with a lot of heart and tremendous upside, you’re putting yourself in the best position to get funded.

Nailing your investor deck and pitch itself is a big part of how you get there.

3. Keep track of your investor pipeline

This step is often overlooked. An investor pipeline is typically a spreadsheet or CRM pipeline that lays out who you'd like to talk to, why you'd like to talk with them, and key details behind their fund like how much they’ve raised or their average check size.

You'll want to do your homework here to only include funds that invest in companies like yours at this particular stage. Meeting with investors who only do consumer investments when you're B2B or who only do B round deals when you're raising a seed just won't cut it.

This is worth staying on top of. With venture capital, it’s important to understand where you want to go and who’s the most likely to get you there. A big part of wooing VCs is staying level headed and decisive. Actively maintaining your investor pipeline can be crucial to keeping yourself on track.

4. Pick the right amount to raise for your round.

What goes into deciding on a number? If that number is the amount of money you're looking to raise, the answer is an awful lot.

Your fundraising number says a lot about how long you think you have until you run out of cash, when you'll need to fundraise again, and how far along you are in your funding journey.

It's important to have a sound understanding of your business' needs and preferred trajectory in order to identify the figure that is going to get you where you want to go.

Angel investors are individuals that invest in startups. Unlike venture capitalists — who deploy funds on behalf of their limited partners — angel investors put up their own money. They play a large role in the early-stage financing process. Many are actually successful entrepreneurs and supporters of the startup ecosystem.

The benefit of working with an angel investor, if they're relevant to your market and product, is that they can provide relevant advice and make solid connections with other investors. Every startup community has some sort of angel investor presence.

When working with angels, ask them about other companies they've invested in. You should always know if an angel investor’s strengths line up with your needs. For instance, an angel might be great at investing in sales productivity software but hasn’t had as much luck with gig work applications.

You can also backchannel with other founders and startup community members to get a better understanding of specific angels.

When you have these kinds of conversations, be sure to talk to a diverse array of founders who took angel investments. This could mean reaching out to some founders whose businesses made it and others who saw less success.

This might give you a feel for which angels will be the most supportive if times get tough.

Angels also often don’t have minimum investment requirements. But that doesn’t mean you have to do the same. Raising $500,000 off of $10,000 checks will waste time and energy your business is going to desperately need early on.

Setting minimums on your financing round shows both VCs and angel investors that you value your time and take yourself seriously.

If you're looking to go far and move fast, then venture capital might be the route for you. If you have a big market opportunity, a good team, a stellar product, and the willingness to put in the work, you’re in a good position to land an investment from a VC.

With new ventures, everyone starts at zero. Success is just a matter of how quickly you level up.

The Ultimate List of Business Name Ideas to Inspire You

12 Examples of Positioning Statements & How to Craft Your Own

4 Ways to Find Your First Customer