Business would be so much easier if every possible negative situation you may be involved in came with significant prior warning. Instead, you may be left dealing with issues so unexpected that you could not have even predicted them as a worst-case scenario. 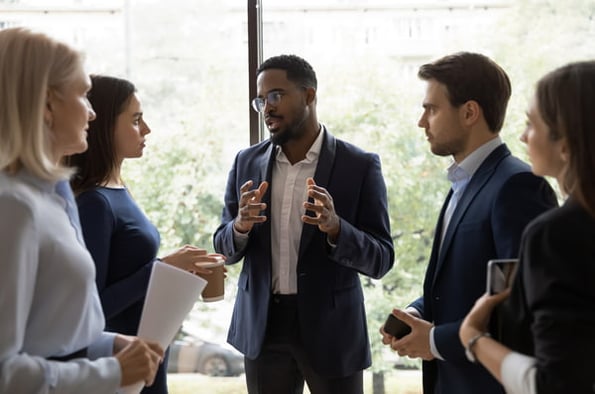 Plus, when the crisis at hand has the potential to significantly (and sometimes permanently) damage your reputation and relationships with your customers, there is only added stress.

In this post, we’ll outline what these types of unexpected risk scenarios are and explain how, thankfully, it is possible to come out on the other side and maintain your reputation with customers, even if it takes some rebuilding.

What is reputational risk?

Reputational risk is any sort of threat or danger that can damage the good standing of your business and negatively impact your reputation with consumers and overall business success. These risks are typically unexpected and can occur with little to no warning.

All reputational risks typically cause consumers to lose confidence in your business, which negatively impacts all areas of operation; trust of employees and consumers, customer satisfaction, customer retention, revenue generation, etc.

Social media has made reputational risk scenarios even more dangerous for businesses as consumers can quickly (and easily) take to their accounts and share experiences with global audiences. In addition, breaking news sources can also easily disseminate information on multiple platforms.

There are four main types of reputational risk, which we’ll cover below.

1. Direct actions of your company and company practices.

These reputational risk scenarios are caused by direct actions of your company and company practices. Some possible example scenarios include:

2. Actions of employees, leaders, investors, or anyone that directly represents your business or has a relationship with your business.

These risks typically occur because someone with direct ties to your business acts unacceptably, or engages in unfair practices. Here are some possible scenarios:

3. Direct actions by partners or suppliers.

Partners and suppliers often provide critical support that helps businesses run, but their behavior can pose a reputational risk to your business, especially if you have an established relationship. Some possible scenarios:

Customers can have a significant impact on your business reputation, especially if they have a bad experience. Some example scenarios include:

The possible situations listed above are just examples of reputational risk scenarios that can cause serious damage to your reputation. Next, let’s go over some real-life examples of experiences businesses have had that put their reputation at risk.

Reputational risk caused by direct actions of your company and company practices.

Pepsi Cola, a soft drink company, released an advertisement with Kendall Jenner, an American celebrity, in 2017. In the ad, Jenner attends a protest and hands a can of Pepsi to a police officer as a peace offering.

Consumers were immediately outraged, as they felt the ad trivialized the Black Lives Matter movement and widespread protests of police brutality that were happening that year. Many interpreted the ad to say, “All it takes for us to get along is to share a can of soda,” ignoring the years of systemic oppression felt by marginalized communities.

Pepsi pulled the ad and apologized, but it damaged their reputation and standing with American consumers as the brand experienced nine months of the lowest perception levels it had seen in eight years. In addition, approval ratings with millennials, a generation with significant purchasing power, fell and remain low today.

Jenner experienced similar fallout, as consumers believed her apology was insincere. Her participation in the advertisement is still referenced frequently on social media channels almost six years later and has become somewhat of a meme. An article was even published in May of 2021 titled “Here's Why Kendall Jenner Will Never Escape The Backlash From That Pepsi Commercial.”

79-year-old Stella Liebeck bought a cup of coffee from fast-food chain McDonalds in 1992 and experienced third-degree burns after it spilled in her lap. Liebeck sued McDonald’s for damages in court, which put the business’s reputation at risk because of the publicity of the lawsuits.

During the trial, McDonald’s admitted to knowing about the risks posed by the high temperature of its coffee but had not taken any sort of action. As mentioned above, a business’s purposeful lack of action is viewed as negligence by consumers, a significant cause of reputational risk. External factors, namely press and articles that outlined the lawsuit for the general public, also threatened the business reputation.

Uproar from this specific event has died down today. Still, McDonald’s has shown commitment to rebuilding public trust through actionable steps like providing significant warnings about liquid temperature and serving hot drinks in sturdy foam cups that are less likely to tip over.

Reputational risks are often unanticipated and surprising, so there is no specific way to plan for them. However, the contingency plans that your business should already have created and consistent reputation management will help you deal with situations if they occur.

These plans you’ve created likely outline individuals responsible for taking immediate action, and sample action items to be followed. If you were to experience a threatening situation, responsible individuals can act on the existing plans and tailor the response to the specific risk at hand.

For example, if the risk situation is an explosive tweet by a former employee, your baseline crisis management plan may be adapted for a social media response. 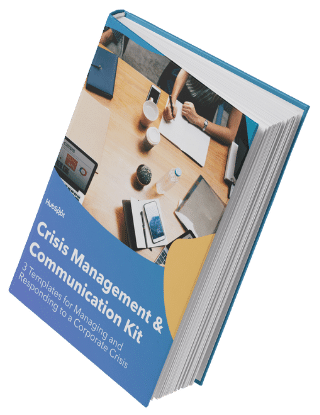 In addition to general crisis management, standard business practices that lessen the likelihood of reputational risk scenarios occurring are all things that your businesses should already be doing, like:

How to Mitigate Reputational Risk

Mitigating reputational risk involves lessening the blow when a threat occurs, essentially getting out in front of the problem. Acknowledge that it is occurring, and have PR teams create crisis messaging that will help your business explain what is happening to consumers. Explain what you’re going to do about the issue, and, most importantly, be transparent.

As mentioned above, crisis management plans and strategies that your business already has created will help you mitigate reputational risk if it were to occur; you just have to tailor your responses to the specific crisis at hand.

As reputational risk scenarios are sometimes unexpected, the best way to be prepared is to practice consistent crisis management by creating actionable plans and taking immediate action if and when a scenario arises.

As Warren Buffet says, “It takes 20 years to build a reputation and five minutes to ruin it. If you think about that, you'll do things differently."

Manage, plan for, and communicate during a corporate crisis.