How Many Startups Fail?

Entrepreneurs practically live and breathe failure. Revenue misses expectations the first year. An expensive marketing campaign fails to make an impact. An entire startup crashes and burns just as quickly as it grew. All these reasons bring up one question: How many startups fail? 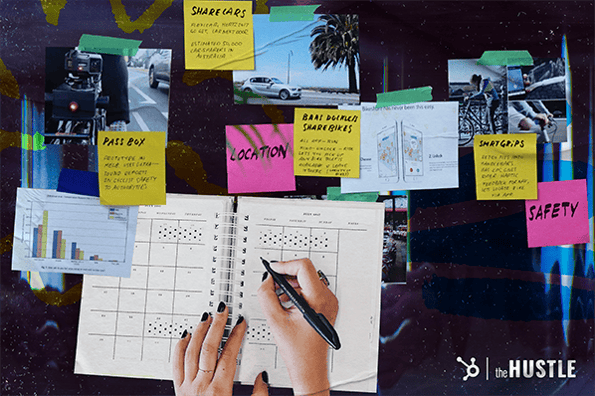 The reality is that 90% of startups fail. From budgeting apps to legal matchmaking services, businesses across every industry see more closures than billion-dollar success stories. And a whopping 10% of startups fail before they reach their second year.

Understanding the propensity for failure can help business owners manage expectations. And if you, as the entrepreneur, know why startups fail, you can create a business with these cautionary tales in mind.

Why Do Startups Fail?

Startup failure means a business halts operations, whether due to running out of money or disagreements among co-founders. Startups can flounder for a myriad of reasons — but several cause the bulk of failures.

Mishandling finances: Running out of money — or burning through it too quickly — can be fatal, as 82% of businesses fail due to issues with cash flow. These startups typically launch with funds, but cannot find new investors or generate enough profit.

Entrepreneurs blame investors for not dishing out enough money — but startup consultant Chase Spenst advises against this mentality. “Investors probably didn’t give [startups] money because they weren’t doing that well, or they didn’t show much promise.”

To keep your company on the right financial track, create a budget that keeps in mind startup costs, emergency expenses, and future investments. Be conservative when projecting your revenue and try to limit your spending to the essentials.

Misreading market demand: Sometimes, businesses misinterpret consumers’ willingness to pay for a product or service, usually due to inadequate market research. Or they might have a personal bias for their startup, and refuse to look at it from an objective perspective.

To avoid this common pitfall, put aside any personal attachments to the business and conduct extensive market research. You could start with a minimum viable product (MVP), which helps validate your idea without breaking the bank.

Outcompeted: Maybe another company innovates their product after you enter, or consumers have strong brand loyalty to competitors. Even if a startup has a superior idea or business model, rivals can build high barriers to entry that stop startups in their tracks.

Similar to understanding market demand, entrepreneurs can beat their competitors by researching them. Through competitive analysis, you can identify areas where you can outperform your rivals.

Pricing and cost issues: It takes time to figure out how to price a product. You want it to generate enough profit, but the price needs to entice consumers to buy your product. Too high, and buyers avoid it. Too low, and your startup makes no money.

To figure out an optimal price, look at your fixed and variable costs, competitors’ prices, and your audience. You might not land on the perfect price immediately — expect some trial and error. If you find consumers refuse to pay a sustainable price for your startup, this could point to an unviable business model.

Poor product quality: If your product fails to deliver on its promise, consumers will likely perceive it as poor. In response, consumers could abandon your business or even leave negative reviews. Some startups try to mitigate this by employing aggressive sales tactics instead of creating an optimal product.

Instead, create a product that fulfills what it seeks to do. Conduct user tests frequently and get feedback from prospective customers. The more you understand their pain points, the better your product will turn out.

Ineffective marketing: Bad marketing could cause any product-focused startup to fail. A startup might run poorly designed online ads, or launch a campaign on a platform their audience does not use. Entrepreneurs cannot afford to fumble through marketing, and they need to prioritize it to get their business running.

To start, create a comprehensive marketing strategy. Identify your audience — figure out what they want, where you can reach them, and how they respond to information.

How Many Startups Fail in Different Industries?

According to Failory, these industries have the following failure rates after four years in operation:

The information industry comes out on top, likely because of the industry’s low barriers to entry and risky nature, reports Failory. However, there are industry risks for any company.

Although there is no meaningful data on failure rates for industry subsectors, Startup Genome categorizes industries based on early-stage funding and five-year exits. Using this data, Startup Genome characterizes certain industries as growing, maturing, or declining.

Growing industries have seen an increasing number of investments and exits, which points to higher rates of success.

They also categorize the following as mature:

Finally, they characterize these industries as declining:

Entering growing industries could mitigate failure concerns, especially since budding ventures in the space have seen an increase in investments.

Still, ventures funded through Series A, which is typically for startups looking to commercialize their businesses, see low probability rates of successful exits (12%). Startups funded through Series B — usually for ventures looking to scale their revenue model — have a higher probability rate of exiting successfully (18%), though this indicates that failure follows startups even after they secure substantial private investments.

Spenst explains that “the earlier on the failure, the more likely it’s because of an internal issue.” For example, a startup that fails after raising Series A funding likely does so because of more external factors — such as better competitors. On the other hand, a startup might fail at the seed-funding stage because of a poor idea or inadequate market research.