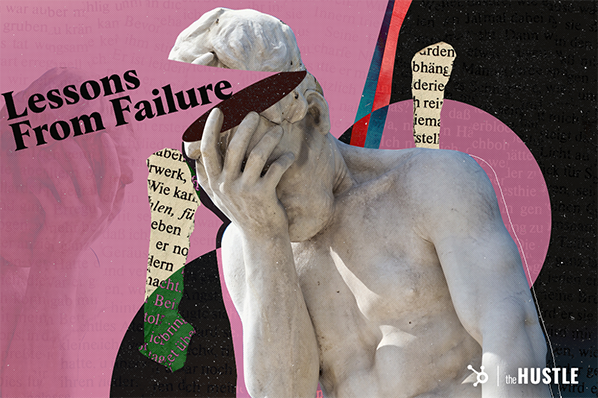 Born and raised in Argentina, Josefina Van Thienen worked at a nonprofit tackling issues such as housing, clean water, and community infrastructure in Latin America. During that time, Van Thienen was exposed to the struggles of small business owners in low-income neighborhoods.

Their biggest obstacle was access to capital — entrepreneurs who were eager to grow their businesses often couldn’t afford to purchase new equipment or inventory. After coming to the US to pursue her MBA at Duke, Van Thienen saw an opportunity to solve the problem she’d seen so many small businesses fall victim to.

Along with classmates Laura Gutierrez and Ana María Neri Barranco, Van Thienen founded Mi Libreta in September 2019, a fintech startup with two parts: an app that allowed businesses to track their sales, inventory, and customers, and a lending platform offering loans at more competitive interest rates than traditional companies.

With $25k raised from two accelerator programs — one within Duke and one external — the founders had their sights set next on a venture capital round. But their first attempt at a partnership — with a local microfinance institution in Nicaragua — was unsuccessful, as the old-school institution was apprehensive to adopt an app like Mi Libreta.

Next, the founders went on a research trip to Mexico to conduct interviews with small business owners, hoping to gather insight to build the app. Yet without a prototype to show, the interviewees provided little concrete feedback, and they returned from their search empty-handed.

Mi Libreta eventually did build an app that was free to use in beta mode, and had plans to charge fees on the business loans. The startup also planned to offer a premium paid version of the app with additional features like tracking accounts receivable and sending reminders to customers.

But their prior failures put the startup behind the competitions, and the founders knew they needed to have a hard conversation about the future of the company. Mi Libreta shuttered its doors in September 2021, yet left Van Thienen with valuable insight on entrepreneurship.

Below, Van Thienen shares her mistakes made and lessons learned.

Lesson 1: Be on the same page as your co-founders.

Mi Libreta was Van Thienen’s top priority and the venture she wanted to commit her career to. But her founders didn’t have the same visions. One of her co-founders, while looking for a new job, didn’t consider going full time at the startup as an option.

Looking back, Van Thienen says that founders should be aligned on their ambitions: “Does the founding team want to build a multimillion-dollar business? Or something that grows sustainably that you work at for a long time?”

It’s also important for founders to agree on whether they envision a VC-backed venture or a bootstrapped method of financing. Ultimately, Van Thienen had an open call with her co-founders to discuss what each of them wanted from the venture.

“Everyone was very honest and it felt like a relief,” she says of the conversation. Though it came too late, open communication between co-founders can build a strong foundation early on.

Lesson 2: Build your MVP as early as possible.

In hindsight, Van Thienen says it’s important that founders build their minimum viable product, or MVP, rather than wasting too much time in the research and development phase.

Mi Libreta’s co-founders spent much of their first six months reading papers, brainstorming with fellow students, and conducting interviews with CEOs of microfinance institutions. “We took a theoretical approach while in our MBA program,” Van Thienen reflects. “It was very far away from the real problem we were trying to solve.”

When the trio finally traveled to Mexico to interview actual business owners, they didn’t have any prototypes they could use to demonstrate their concept, making it difficult to gather useful feedback. Van Thienen now says she would use no-code tools to build a prototype to show potential customers a more concrete product, then code a MVP so they can test and iterate as they go along.

While Van Thienen says that Mi Libreta was solving a nontechnical problem, and one she had a deep knowledge of, she regrets not bringing in a chief technical officer or someone who could build the product.

Mi Libreta outsourced the development of its app to a company that offered low-code/no-code solutions. Van Thienen now believes that outsourcing the coding hinders a startup from moving quickly and being nimble with making changes.

A lack of in-house engineers also prevented the company from providing 24/7 customer support in the early days of product launch. “Having someone who understands tech from the beginning will give you an advantage,” advises Van Thienen. “You won’t have as many mistakes in the beginning that you need to fix later.”

Though business mistakes led to Mi Libreta’s downfall, Van Thienen acknowledges that the founders had other hurdles to overcome.

All three were citizens of other countries, completing their degrees on student visas with plans to ultimately stay in the US. Van Thienen says that full-time employment is the avenue that ensures a work visa, meaning that immigrant entrepreneurs who want to pursue their venture full time have additional complications to face.

Sexism was another roadblock the trio faced. “We were three women talking about the businesses at the base of the pyramid, so investors were asking if it was a nonprofit, or if there was a business here,” Van Thienen says. “It wasn’t easy to build credibility around it.”

Though Mi Libreta ultimately succumbed to its obstacles, Van Thienen does not regret the venture. “It taught me so many things not only about the fintech space and how to be a founder and build a product, but about myself and how to be a leader and a better person.”

How To Find a Co-Founder: Navigating Your Startup’s Biggest Decision

How Do Business Loans Work

Ask the Hustle: Are there any tips to better manage my time?