How to Run Backend Tests Smoothly and Effectively [Expert Tips]

Backend testing effectively ensures your software or web application is devoid of database or server-side defects. Whether you're a novice or a seasoned professional, there's never a wrong time for a quick refresher on how to run backend tests smoothly and efficiently. 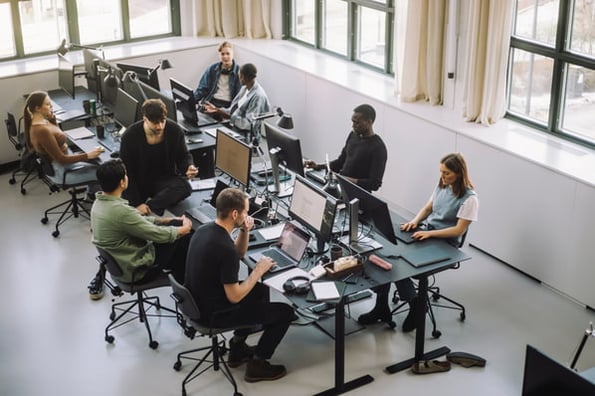 In this post, we'll walk you through everything you need to know about backend testing. We'll dive deeper into what it is and aims to achieve, plus share some backend testing examples. You'll also learn more about how to perform backend testing and tips to do so seamlessly courtesy of Tech Leads at HubSpot.

What is backend testing?

First, let's quickly revisit the differences between the back and frontend. The front end is what your users see when they use your software or interact with the app or website. The backend is invisible to the user but is just as crucial. Backend developers work to make, maintain, test, and debug this server side of the software. The backend exists to process and modify data so it can be presented to the user on the front end.

Backend testing allows you to check your web application or software's server-side or database. By testing, you can rest assured your software or web application doesn't have defects such as data corruption, loss, or deadlock. You may also sometimes hear it referred to as database testing.

Not backend testing your product can seriously impact its efficiency and cause difficulty later. Think of it as quality control for your web app or software.

There are various products on which you'd conduct backend testing; examples include web applications or software.

What are the best backend testing tools?

"At HubSpot, we use the JUnit framework to run our tests," shares Jeff Boulter, Staff Technical Lead at HubSpot. "Mockito provides some great tools for creating mock versions of code that we don't need in specific tests."

Matt Coley, Tech Lead at HubSpot, adds, "Your testing framework is going to depend on which framework you choose for your BE. Most modern BE frameworks will include some kind of testing framework to execute at build time. Automated acceptance testing is more tricky and will depend on your CI/CD pipeline."

How to Perform Backend Testing

According to Boulter, there's a process the team follows to ensure cohesive testing. "We create a test class that sets up the code we want to test and any mock objects that are dependencies but are not part of this test," he shares.

"Then we write the tests and check if the tests cover most, if not all, of the new lines of code using a coverage tool. Once all the tests pass, the tests are checked into source control and run every time the code is built."

Let's think back to science class. Remember how, when completing an experiment, your teacher always preached the importance of only changing one independent variable at a time? That same principle applies here.

It can be tempting to test multiple facets of your application simultaneously but refrain from doing so for the best results. According to Colin Graham, Tech Lead of Backend Testing at HubSpot, "Good tests test one thing at a time and raise a green flag. When multiple things are tested together, it's difficult to tell exactly where the red flag is coming from. An individual test should be a glaring indication of exactly what is not working."

You'll give each the attention it deserves by testing one aspect of your application or software at a time. Furthermore, if something isn't functioning correctly, you can quickly identify what is to blame and rectify it. 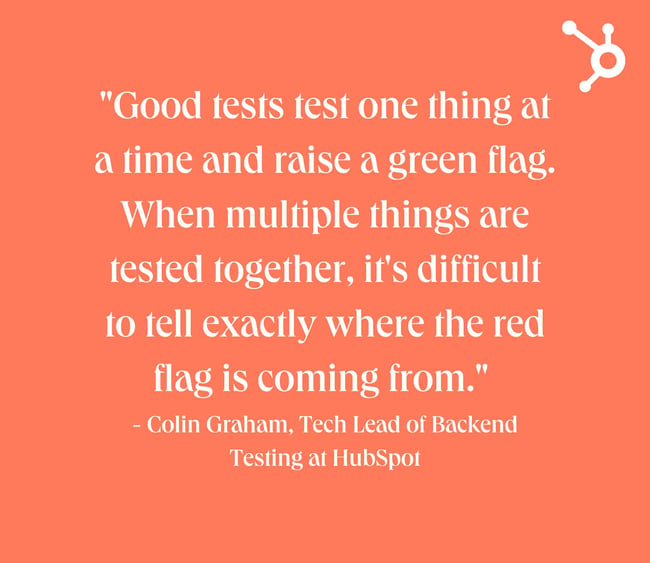 Don't think of backend testing as an afterthought — it's integral to ensuring your product is moving forward in the right direction. To do this, be sure to allocate enough time to write tests. Boulter shares, "Writing tests can take as much time as writing the code you're testing but at the end, you can feel confident that the code works as expected."

While writing tests is time-consuming upfront, you'll save time, energy, and resources in the long run by catching bugs earlier.

3. Self-document your code with testing.

Backend testing also offers a valuable opportunity to document your code. "There is nothing worse than a failing test that has an ambiguous name like `itWorksAsExpected()`. Split your tests into multiple individual tests that are well-scoped and descriptively named," advises Coley.

Doing this is another time-saving hack that could help the team ultimately streamline fixes; "Being able to see at a glance which individual tests have succeeded vs. which ones have failed are useful clues to how to fix the code," Coley says.

With backend testing, it's crucial not to cut corners. "Practically everything on the backend needs to be tested in some way," says Graham. "Our product systems undergo extensive testing while they're being developed and built (which is where my team helps out), their interactions with platform systems like databases and messaging brokers need to be validated. The final product needs to be assessed before it gets released out into the world."

5. When testing, use constants and shared methods.

When conducting your testing, using constants and shared methods is wise. "When writing a suite of tests, it's easy to copy and paste a bunch of setup code," says Boulter. "The more you can share between tests, the easier it will be to maintain the tests."

The goal is to create an adaptable test, reminds Graham. "If your test relies on any state existing before it runs, at some point, either it won't be there, or it'll have changed. Databases get reset, files get deleted, config is changed." Your test should be flexible enough to survive.

Why is backend testing necessary?

There are various reasons backend testing is crucial. Doing so eliminates the likelihood that you — or your users — won't uncover a bug later. "It saves you time," says Boulter. "Every bug you catch while testing is one that your users won't find in production." 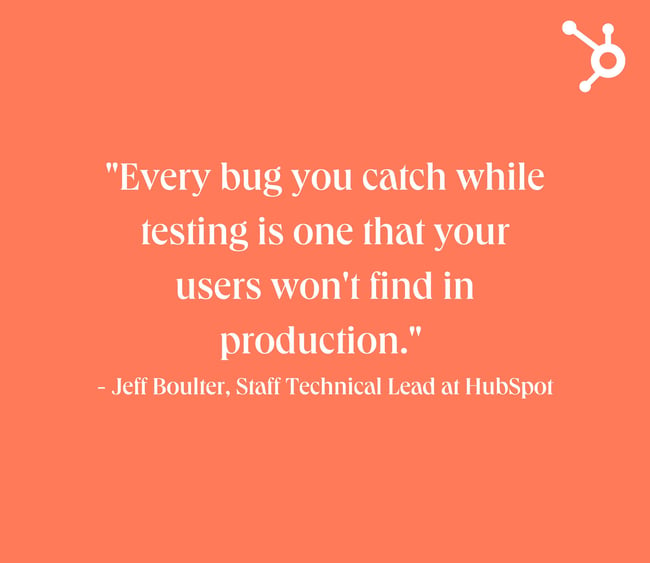 Here's another perk: Your work now can help make it easier for future teammates working on your code. "It… provides a sort of documentation for future changes," he adds. "If someone comes along and changes your code later, causing a test fail, they know their changes are not working as expected."

Coley echoes these sentiments. "Testing can significantly cut down on regressions in the code base. Regressions occur when adding new functionality or refactoring existing code breaks existing functionality. If the existing functionality is well-tested before the code changes take place you can guarantee that code changes are not causing unexpected bugs," he says. This could make a significant impact on the user experience. "Customers are generally forgiving of bugs in new functionality that need to be fixed but will get annoyed quickly if older features that should just work keep breaking. As an engineer, I also sleep much easier at night after a production deploy if I know the underlying code is bulletproof tested."

However, that's not the only benefit, Coley believes. He adds, "Testing can ensure that the coded implementation of functionality matches that functionality specification. In most cases, it simply isn't possible or a good use of time to enumerate and test every possible input variation to the system, so instead, we can opt for representative test cases to replicate both the most common anticipated ways the functionality is being used as well as foreseen edge cases that may not have been considered or handled properly when implementing the functionality. Becoming good at anticipating and testing these edge cases will save you a lot of trouble before deploying new code changes to production." 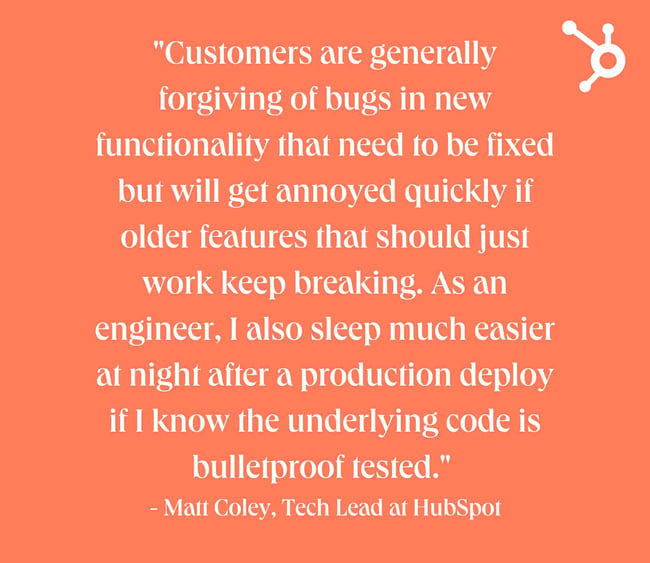 By using backend testing tools, you can guarantee that your product is bug-free. You'll also alleviate trouble in the long run for your team and make the process easier for future engineers who use your code. As a result, your users will enjoy a smoother experience that they will love.