Discover Object Oriented Programming: How Can It Improve Your Software 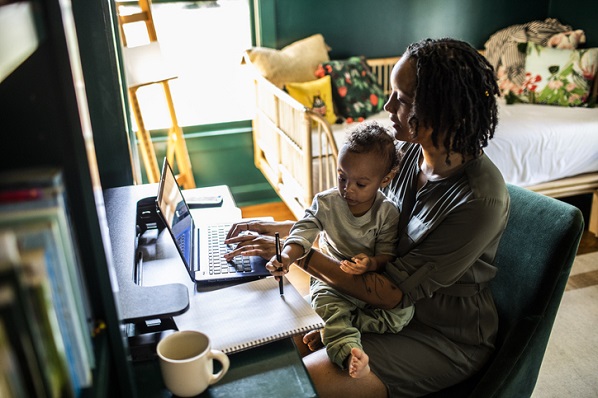 Finally, the post will cover examples of OOP code and a list of languages to help you get started.

What is Object-Oriented Programming

No, OOP is more of a way of thinking and architectural structuring of the code we write. It aims to simplify and organize the code we write into more manageable chunks. OOP accomplishes this improvement by teaching developers to treat everything as an object.Why is it helpful for everything to be an object? Well, the simple answer is things are easy to abstract, allowing us to create clean reusable code. By designing our code to be abstracable, we can think of every part of our software as an accessory that we can add, remove, replace or edit.

But that is only part of the real power; the rest comes from the need to only declare these objects once as a blueprint. By doing this, we can easily reuse any section of code as often as we need without cluttering our code with repetition.It also allows us to make changes, edits, or updates in only one location, which gets reflected across the entire program. Check out the video below to learn more about the core concepts behind OOP programming.

One of the most significant benefits of OOP is creating dry clean code, but this can seem confusing at first glance. Organization

Object-oriented programming can better organize your code into manageable chunks – classes and objects – that you can call on only when you need it. Moreover, you can tap into those classes and objects as often as possible without worrying about bogging down your software with excess code.

Using objects and classes, developers can reduce the code they need to write to create powerful software. An example of this is creating a user class, which can act as a blueprint for all software users.

Object-oriented programming can help developers simplify their code, leading to improved software performance and, ultimately, a better user experience – not to mention less stress for the developers.

I once heard a fellow programmer say something very clever about writing good code that might seem obvious in hindsight. Less surface area means less chance for bugs.

In short, the cleaner and more efficient your code is, the less likely you are to run into erroneous behavior. Coding efficiency is a significant benefit that comes with the OOP architecture.

Next, let's look at the benefits a little closer to identify how this architecture works, starting with a graphic image of the core concepts. 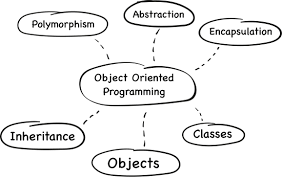 Inheritance is the process of allowing child classes and objects to inherit information and behaviors from their parents. For example, all cars have shared features, such as wheels, windows, doors, and more, but not all vehicles are made the same.

So when creating a car object, we can allow it to inherit some of the shared features while leaving room to add its unique characteristics.

Encapsulation is about only making that shared information accessible, simplifying the process of creating new car objects. There is no benefit to giving an object properties that it will not use; encapsulation is how we ensure that only relevant information is exposed.

Programming abstraction is generalizing a block of code to make it more reusable. In OOP, abstraction is achieved by only exposing high-level public methods for accessing an object or class. By limiting the number of exposed methods, developers can generalize our classes and objects to make them more flexible, thus improving our software code.

Polymorphism is the process or act of creating multiple methods that perform slightly different tasks but all with the same name. For example, creating several math methods, each performing a different kind of math.

Ok, you’ve learned how OOP works to help improve programming and the core concepts behind it, but nothing drives a programming concept home like seeing it in action. So with that, let's look at some code blocks showcasing a couple of these concepts using the car example mentioned earlier in the post.

The code above creates a Car parent class with some basic characteristics shared between all cars, then creates a child class with characteristics unique to other cars. From here, if you were to create a new object, as shown below, you would have access to all of the properties of that object.

However, this wouldn’t change anything about the parent class or the child class, which can continue to be used to create new objects. The architecture used here satisfies three of the four core concepts behind OOP programming: inheritance, encapsulation, and abstraction. polymorphism can be seen clearly in JavaScript’s Math object, which under one name can perform many types of arithmetic operations.

Many languages support the OOP programming methodology and are almost identical in the general architecture of OOP coding. While Java and JavaScript are very different languages, both support OOP architecture which is nearly identical regardless of the chosen language.

Many different programming languages support OOP, and the skills needed to implement it are largely transferable. Furthermore, the benefits are likewise transferable and can be applied to any language that supports OOP, even some that don’t have native support.

Learning about object-oriented programming can feel like a lot, but it’s all about muscle memory. And the best advice is to dive into OOP practices from across the different languages that use it. The list below is a collection of popular languages that support Object-Oriented Programming.