Twitter remains a keystone of any social media strategy. Used well, it can help your organization understand how potential members are finding content that interests them and attract the right kind of followers to your account.

To whet your appetite a bit, here's some examples we love.

The first thing you'll notice on the Stroke Association's Twitter page is that it's making great use of its hero image space. It includes a moving image there, as most nonprofits do. But it also includes a clear mission statement and call-to-action (CTA). This group isn't letting a bit of Twitter real estate go to waste.

The stream itself has a great mix of educational resources about stroke treatments, personal stories, and compelling CTAs to participate in their action campaigns.

Well, it's the National Forests Foundation – so they're primed to have a steady stream of gorgeous pics and videos. A rough guestimate says about 90% of their posts include an image. The foundation also retweets images tweeted out by other forest associations, which is always a good way to share the Twitter love.

They use their pinned post to keep a donation CTA front and center. The foundation includes other CTAs in the stream, like a CTA to sign up for its newsletter. Yet they keep the number of CTA tweets low relative to the volume of their travel and educational tweets.

Ten Things That Might Surprise You About Elk https://t.co/HA7oMfTul2 pic.twitter.com/QRxXmiJ4Q9

The AHA does user generated content (UGC) really well. It's created a branded hashtag (#LifeIsWhy), that it promotes right in its Twitter bio along with a CTA for people to share their stories. It also runs more focused UGC campaigns, such as partnering with the American Stroke Association to post a variety of different "fill in the blank" tweets.

Fill in the blank below and then develop your own stroke hero story at https://t.co/3YBx2Pctyp #WSD16 pic.twitter.com/hMIyjaeRXK

The NEA stream includes a wide variety of CTAs promoting webinars on one of its signature issues. Each CTA tweet is different with its own unique visual and copy, which is a great way to heavily promote an action or campaign without the organization's stream lacking visual interest or coming off as singularly promotional.

As a native publisher of content, virtually every tweet on NPQ's stream is a link back to its own website. Yet it does an effective job of sharing its own content without coming off as self-promotional. It helps that the content in the magazine is squarely focused on the issues that interest its target market.

How can a nonprofit make a bad media situation worse? By not following a crisis #communications plan https://t.co/6Nm84vGjYp

With 1.51 million followers, this organization has to be doing a lot right. Its Twitter stream is filled with strong, perfectly sized images of the people they help with Tweets sharing a bit about each one's story. The organization also makes good use of relevant hashtags created by others to share its message and support its cause, like with the #GlobalHandwashingDay hashtag.

Charity:Water also uses Twitter's Alert system to send out emergency or other time-sensitive information to people who sign up to receive them. Twitter has a number of tools groups can use to extend their Twitter account's purpose and influence. This organization doesn't overlook them.

This organization is also making good use of Twitter's range of tools. It got creative with Twitter surveys and uses them to post ocean-related trivia questions instead. It also uses hashtags well, like tweeting out gorgeous ocean images each #TravelTuesday and promoting its own #OceanFactFriday.

Actually, this is just one of the NOAA's (National Oceanic and Atmospheric Administration) Twitter accounts. NOAA set up different Twitter accounts for different sub-departments and areas of focus, such as Clean Coasts, Fisheries, and using sharing technology and best practices to protect coastlines. This is an effective way to gain followers with a specific interest who may not want to follow a more general interest account. The Ocean Service Twitter account does a great job of retweeting its sibling accounts and provide the more generalized experience for those who do want it.

This organization, dedicated to encouraging the study of computer sciences for everyone, is also one of the few we saw taking advantage of a using pinned tweet. Instead of a donation CTA, its pinned tweet shares a short video that introduces the group, its mission, and its team.

Its stream offers many people and organizations thanks for their contributions to Code's mission. It also shares a lot of content from others showing how coding and technology continue to advance and improve our world. Sharing other people's content is a requisite for being a good Twitizen, and Code does it well by staying on point.

We started with the Hour of Code, but a lot has changed. Meet our team and see the impact of our first 3 years! https://t.co/dYPKrEBmNY

Most Twitter users have gotten the "use images" memo. Some still do it better than others, and we've shared some create accounts here that use quality, optimized images exceptionally well. Pencils of Promise has a good, image-rich stream, including using auto-run video (without automatic audio, thank you very much!) and GIFs.

To stand out in a world of Twitter visuals, the organization makes generous use of uncommon emojis. While the pencil emoji is its favorite, for obvious reasons, it also gets creative with emoji streams that bring attention to and reinforce its tweets.

We're promoting gender equality by providing education for all. Because let’s face it. Who runs the world? 🙋 #DayoftheGirl pic.twitter.com/DR8OebZgf6

The DMA has a good mix of Twitter stream content, from promoting events, sharing photos of kids having fun at museum workshops, and sharing fun content about artists. All great stuff for a museum. 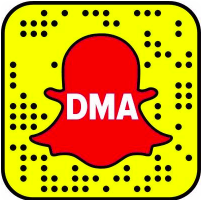 Hope these accounts offered some inspiration for creative ways you can boost your own organization's Twitter profile. You'll find some more ideas and checklists on how to get more followers and market insight from Twitter in this 3-piece kit we developed with Twitter.

Statistics, trends, and insights for nonprofit organizations in 2022.